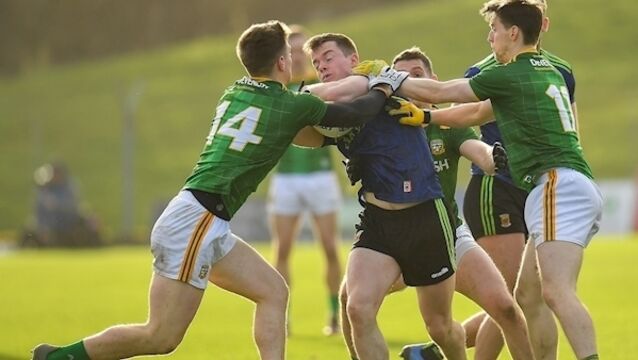 The Allianz League title holders ground out a one-point win over Meath having trailed by that same margin with 68 minutes on the clock. 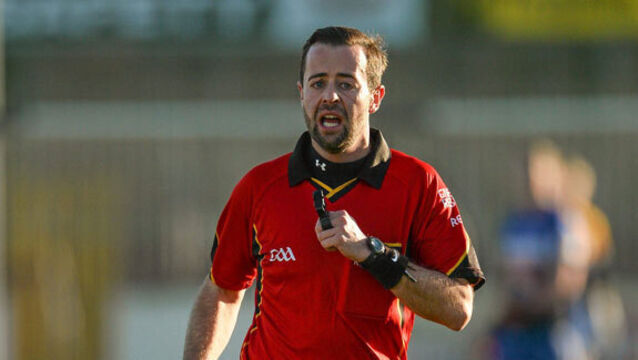 An injustice if Gough fails to get final appointment

You imagine as the Kerry party left Croke Park yesterday evening they were preparing a case for the defence of Stephen O’Brien. 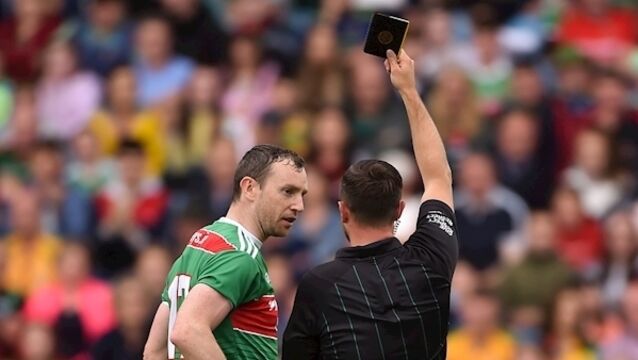 I can’t tell you how much of a buzz it would have been for David Gough to have taken charge of Saturday’s game in Castlebar.

Full-house cheers Mayo to victory as Donegal bow out

Mayo must set out to play Kerry, not the occasion

The contrast couldn’t be starker. Of their 26-man panel that travelled to Roscommon last Sunday, 11 Kerry players have yet to lose a national final in Croke Park.

The chance of claiming a first national title in 18 years is not to be sniffed at but in the event Mayo do fall short of reaching the final tomorrow James Horan seems satisfied with what he has learned from their Division 1 exploits.

Mike Casey is named at full-back on the Limerick team for tomorrow&rsquo;s Munster SHC clash with Cork, the sole change to the side which overcame Tipperary.

Will it be a battle royal or shadow boxing as Connacht rivals meet in opener?

Not since 1998 and 1999 has there been this much fanfare about Connacht championship games, writes John Divilly

There&rsquo;s a school of thought that Chris Barrett should have been named man-of-the-match in last year&rsquo;s All-Ireland football final.

Reigning Footballer of the Year Andy Moran has admitted he acted out of character when he remonstrated with referee Maurice Deegan last month and says he was &ldquo;disappointed&rdquo; with his actions.

Although it wasn&rsquo;t widely identified as a trend &mdash; more reported as a series&nbsp;of unrelated events &mdash; an intriguing development in 2017 was the signing by the managers of the country&rsquo;s top four football teams to stay on until 2020, writes Kieran Shannon.

Routine victory for Dublin over Mayo

Table-toppers Dublin continued their relentless march through this Allianz League campaign with a routine victory over beaten All-Ireland finalists Mayo in Castlebar.

Fermanagh moved up to second place in the Division Three standings &mdash; just behind leaders Armagh on score difference &mdash; followed their win over a dogged Sligo (0-13 to 0-8) at Markievicz Park.

‘Players are being flogged’

Previous Sigerson Cup finalists must be green with envy.

UCD manager John Divilly said that his Kerry midfield pairing of Jack Barry and Barry O&rsquo;Sullivan have all the attributes to develop into a superb midfielder partnership who could do a great job for the Kingdom.

For six straight years between 2004 and 2009, Kerry players marked autumn by the failing evening light as they trained in Fitzgerald Stadium. Stephen Coen has measured it the last two seasons by getting back on the bus from Dublin to Mayo.

Transfusion of new blood gives Mayo shot in the arm

It was during the last ten minutes of

From slog to the sublime as moody Mayo still ‘building’

Will the real Mayo please stand up?

Meath bed in the blanket defence

Sligo ran riot in the second half against 14-man Antrim at Markievicz Park to take a comfortable All-Ireland SFC Round 1A Qualifier win.

Mayo 2-14 Sligo 0-11: Anybody searching for definitive signs that this might be Mayo&rsquo;s year would have left MacHale Park sorely disappointed yesterday afternoon.

Here they go again, but can Mayo finally conquer?

Mayo fatigue is being experienced across the country but this team doesn&rsquo;t appear to be going away anytime soon. That belligerence has to be respected yet the question is, can they transform doughtiness into dominance?&nbsp;John Fogarty&nbsp;looks at the arguments for and against.

New York 1-13 Sligo 1-21: Sligo survived a brief but real scare in the Bronx last night before their experience and class told late on to see off a spirited New York.

Sligo survived a brief but real scare in the Bronx tonight before their experience and class told late on to see off a spirited New York.

10 players who emerged as stars during the League

Why Mayo alarm bells are ringing

Tyrone v Mayo: Ahead of tomorrow&rsquo;s match bwteen Tyrone and Mayo at Healy Park, John Fogarty puts Mayo under the microscope and doesn&rsquo;t reckon it looks good for them.

Stephen Coen had little doubt Mayo people would travel in such numbers to support the team in Tralee on Saturday.

Jackie Cahill looks at all the games coming up in today&rsquo;s&nbsp;Sigerson Cup

More prose than poetry, but Dublin write their own script

Dublin 1-15 Mayo 1-14:&nbsp;In the battle of pragmatism and poetry, there was only going to be one winner. And Dublin it was.

It would be fair to say most players&rsquo; senses are preoccupied with what&rsquo;s in front of them, particularly on All-Ireland final day.

Why is everyone so cold on Mayo?

Why is everyone so cold on Mayo?

Kevin Walsh: Galway have nothing won, but we’ve got pride back

Galway 1-12 Mayo 0-12:&nbsp;As Galway players and supporters celebrated on the MacHale Park pitch like it was 1998, Mayo&rsquo;s shellshocked footballers and fans slipped away quietly into the wet and windy night.

No London scare this time for Mayo

London 0-9 Mayo 2-16:&nbsp;Mayo scored a comprehensive victory over London in a Connacht SFC quarter-final that only offered rare glimpses of the seismic home performance of 2011.

O&rsquo;Connor was a handful of days into celebrating Mayo&rsquo;s capture of the All-Ireland U21 title when news of the online abuse being shipped by Cork goalkeeper Anthony Casey reached him.

A day in the sun Mayo badly needed

Well, wasn&rsquo;t that just mighty for the heart and the soul?

Mayo 5-7 Cork 1-14:&nbsp;An hour and a half after Stephen Coen lifted the Clarke Cup, he and his team-mates were back on the field to mingle with friends and family.

Mayo do it the hard way again

Mayo 1-15 Dublin 1-14:&nbsp;These Mayo lads have an awful tendency to make life as hard as possible on themselves.

There was late drama at today's EirGrid All-Ireland U21 football semi-final between Mayo and Dublin at O’Connor Park in Tullamore.

The chief protagonists in Mayo&rsquo;s 2013 minor success made a conscious decision in the days and weeks after delivering the county&rsquo;s first All-Ireland at that grade in 28-years; they vowed, on and off the field, to stick together.

UCD 0-10 DCU 2-2:&nbsp;John Heslin is unsure if Saturday was his last outing in the UCD colours.