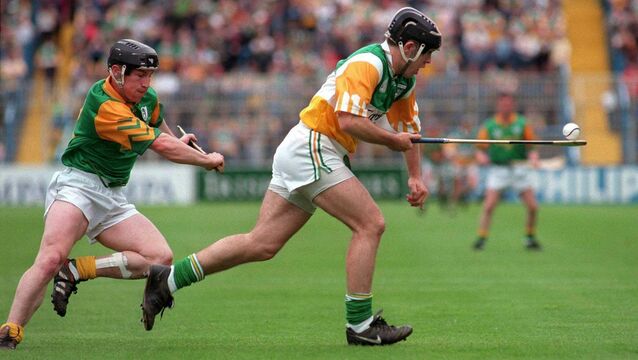 Last autumn, I got a call from someone on the committee established to find the next Offaly hurling manager. The guy I spoke to was full of ambition and intent. They were only in the early stages of the process but he wanted to know if I’d be interested in speaking to them. I politely declined. 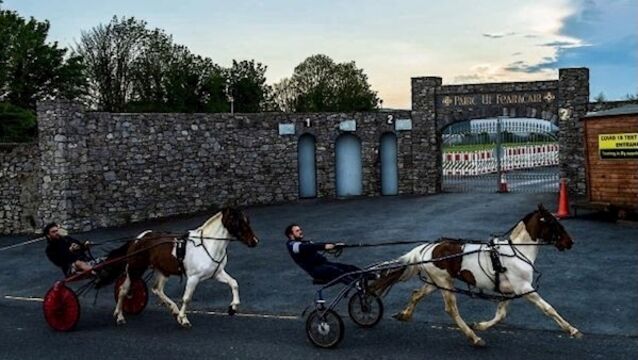 Players weren't the only ones pining for a return action as stadiums remained locked and empty across the land. 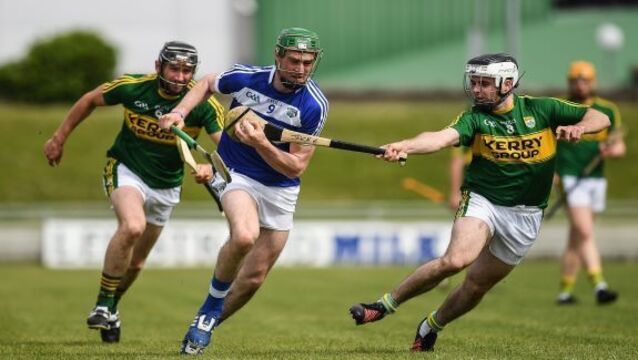 The Leinster Council is open to accommodating Kerry in the Leinster SHC, should the Kingdom win the Joe McDonagh Cup.

The GAA have yet to decide if counties who chose not to play in the new second tier football championship will be punished.

'Tier 2’ will be sudden death for weak counties

219 days before it begins, the 2020 Munster senior football championship draw, along with Connacht’s, was to take place on RTÉ Radio this morning.

Eight-time All-Ireland winner Fennelly will be given a two-year term with the option of a third, according to a statement from Offaly GAA this evening.

Gleeson: Tipp must learn to be more adaptable

Whatever the turn of events against Tipperary, Laois will still fill a few seconds when the All-Ireland hurling championship comes to a halt next month and the TV montage used to sum it all up is assembled out in Montrose.

GAA president John Horan insists that a Cork double-bill in Croke Park was not feasible this weekend.

Laois vice-captain Joe Phelan has called on Croke Park to make further financialinvestment into hurling in the county and alter the Leinster championship to sustain their competitiveness.

Eoin Cadogan is not reading anything into Cork’s poor Croke Park record as they prime themselves to faceKilkenny at GAA Headquarters on Sunday.

Cork senior hurling manager John Meyler says any of the county U20s who “put up their hands” playing at that level can come into consideration for the senior side this season.

In early June, I hopped into my car in Tullycrine in west Clare, made the short journey south west to Killimer before boarding the 1pm Shannon Ferry to Tarbert. Kerry were playing Laois in Tralee so going to Austin Stack Park is as handy for me as a trip to the Gaelic Grounds in Limerick.

Westmeath captain Clarke hits out at timing of Cork tie

Westmeath captain Aonghus Clarke has hit out at the timing of Sunday’s All-Ireland preliminary hurling quarter-final with Cork, claiming the short turnaround is ‘unfair’ on his county.

Eoghan O'Donnell: Dublin’s Conal Keaney one of the greatest

Cork star Alan Cadogan feels there is a need to extend the Munster SHC round-robin phase by another week to give players more time to recover.

Here’s a thought. Eoin Morgan spent mere minutes at the crease against Australia before being bowled out for four runs on Tuesday and yet we’ve seen more of the England cricket captain on our TV screens since last weekend than we have any hurlers or footballers.

The case for six teams in Leinster Senior Hurling Championship

Hurling’s best kept secret, the Joe McDonagh Cup, comes out of the shadows on Sunday with live TV coverage of the final at Croke Park between Laois and Westmeath.

Kingdom didn’t celebrate out of respect for Offaly

Kerry players made a conscious decision not to celebrate their Joe McDonagh Cup survival out of respect for their relegated Offaly opponents at Austin Stack Park on Saturday afternoon.

Coady: Carlow not looking for more, just the same

Carlow hurler Paul Coady says his team have not been treated as equals in the Liam MacCarthy Cup, and a Championship restructure should keep them in the competition.

Laois are through to the final of the Joe McDonagh Cup after comfortably overcoming Kerry this afternoon.

Griffin: This is like an All-Ireland quarter-final for Kingdom

There has been no wielding of the axe by the Clare management in the wake of last weekend’s 13-point hammering at the hands of Tipperary, with the team named for tomorrow’s game against Limerick showing just one change in personnel.

Shortly before the Leinster hurling championship began, Marty Kavanagh admitted that Carlow would be targeting the Dublin game in particular.

Refs still getting their heads around the high tackle

Head high tackles are what the GAA have been keen to crack down on this summer but the application of the rule regarding them over the weekend left a lot to be desired.

What does the future hold for GAA on screen?

Interim Offaly hurling manager Joachim Kelly has claimed the players threw in the towel in recent weeks, leading to their present difficulties.

A disastrous start to their Joe McDonagh Cup campaign has left Offaly in a battle to avoid relegation to hurling's third tier.

Kevin Martin has been relieved of his duties as Offaly hurling manager.

Laois took a huge step towards reaching the Joe McDonagh cup final yesterday when they outlasted Offaly in Tullamore, racking up 34 points despite shooting 17 wides over the course of the game.

No need for a telescope when Colm Bonnar scans a metaphorical eye over the hurling landscape in Carlow.

Tickets for one of the most eagerly awaited Munster senior hurling championships go on sale tomorrow and the provincial council are expecting strong sales.

The GAA are set to return to naming a panel of 14 referees across their top two hurling championships.

The Kieran Shannon Interview: They have the potential to be the biggest change agents

The plight of club players was front and centre once more this week when Cork delegates debated radical new championship structures.

Former Offaly star Johnny Dooley has described their Division 1B relegation play-off with Carlow on Sunday as one of the most important games “in the history of Offaly hurling”.

John Fogarty on the biggest motions to go under the microscope at the GAA's annual congress.

'It stinks. What they're asking of these players is madness': Kildare hurlers also outraged by GAA fixtures

The sense of injustice felt in Kildare at present isn’t exclusive to the county’s footballers.

The sense of injustice felt in Kildare at present isn’t exclusive to the county’s footballers.

The sense of injustice felt in Kildare at present isn&rsquo;t exclusive to the county&rsquo;s footballers.

No complaints from Limerick boss Kiely who admits fatigue a factor

John Kiely came out of the Limerick dressing room with his hands held up in the metaphorical sense, conceding Clare were the better team.

With emotions running high, Tipperary manager Michael Ryan could be excused for the odd oversight following Sunday&rsquo;s Championship exit. He claimed he saw no fatigue among his men, though players were starting to break down towards the end, some being treated for cramp and one or two others hobbling. After 21 tumultuous days, it was his players&rsquo; bodies that eventually gave in.