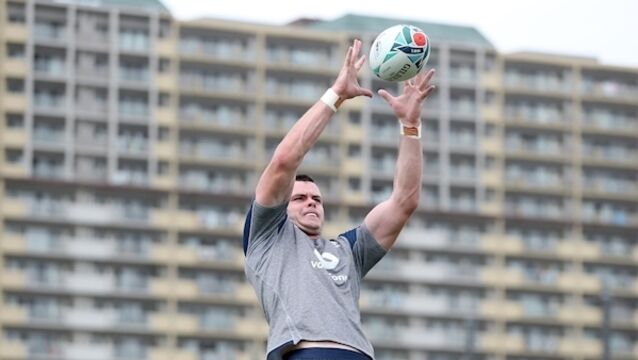 'In New Zealand, they are predicting a 20-point win. That suits Ireland just fine'

It may have taken time to make an impact, but this World Cup has finally captured the interest and imagination of the Japanese public — thanks in no small part to the exploits of their national team. 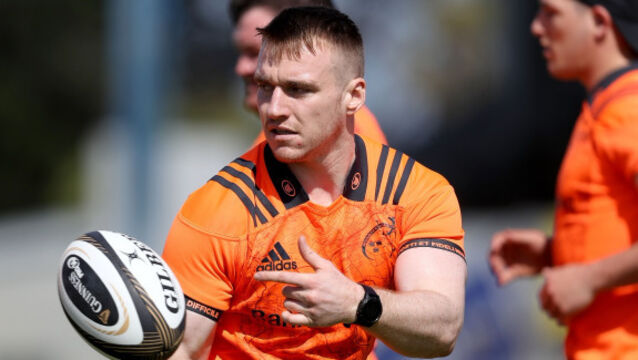 The mind has always been willing for more rugby but sometimes in this long season the body screams at Rory Scannell to tell him enough is enough.

Why Keatley is Munster’s key man for Toulon test

In French rugby, the only thing bigger than the centres are the cheque books

Jordie Barrett will make his first New Zealand start in Saturday&rsquo;s Test series decider against the British and Irish Lions.

You want the buzz of victory or entertainment?

Simon Zebo has not lost that sense of dicing with the devil, and he never should, writes&nbsp;Ronan O&rsquo;Gara.

Are New Zealand beatable? Yes, of course they are

Joe Schmidt isn&rsquo;t the only one looking forward to seeing his charges face the best side in the world twice over the next few weeks.

When Springbok backs are to the wall, Ellis Park provides comfort

After the sobering sight of four World Cup semi-finalists coming from the southern hemisphere, last weekend offered a glimmer of hope for European rugby. The question now is, was it an aberration or a line in the sand?

Richie McCaw: Joe Schmidt could be All Blacks boss

Few people understand what it takes to be a successful All Blacks coach more than Richie McCaw and the two-time World Cup-winning captain happens to believe that Joe Schmidt has exactly what it takes to do the job.

No fairytale ending for Paul O'Connell as Toulon left reeling

Shock was the overriding emotion on the Cote d&rsquo;Azur as Paul O&rsquo;Connell announced his immediate retirement from the sport he has graced so magnificently over the last 14 years.

It&rsquo;s more than a quarter of a century since the Berlin Wall came down and communism was rolled up like a musty carpet across Eastern Europe.

Leo Cullen has made a not-so-subtle bid to bend referee Nigel Owens&rsquo; ear ahead of their Pool 5 meeting with Toulon by referencing perceived illegalities on the part of back row poacher extraordinaire Steffon Armitage.

French heart beats loudly at Toulon ahead of Leinster clash

Mourad Boudjellal is not a man to shy away from a fight and the Toulon president was in characteristically combative mood last week.&nbsp;

Keeping up with the blur of moves made by players this past year or so has been an impossible task, but the scale of the migrations and the quality of the players involved are evident just from those involving Leinster&rsquo;s Champions Cup pool opponents this term.

Irish provinces digging in to keep up with deep European pockets

QUITE how Ireland&rsquo;s World Cup hangover will be reflected in the upcoming rounds of the Champions Cup remains to be seen.

French grins get wider as rugby stars pitch up in Riviera

The eyes are gleaming, the handshakes almost as warm as the golden sands a mile or two away.

Michael Cheika says he&rsquo;s just getting started, as he prepares to set the Wallabies up for Rugby World Cup success in Japan in 2019.

The e-mail from the tournament organisers dropped yesterday with the usual hyperbole about what a great job they had done. And for once, you could not find fault with the declaration from World Rugby that England 2015 had been the sport&rsquo;s biggest and best World Cup.

New Zealand 34&nbsp;Australia 17&lt;br&gt;The final had been fought, victory was secured, and the famous gold trophy regained by its rightful holders.&nbsp;

The great and the good of this wonderful game will gather in London this weekend for a gala event that will bring down the curtain on a wonderful six weeks of intrigue and excitement that has showcased its finest exponents at the peak of their powers.

It is widely expected that Richie McCaw will retire after tomorrow&rsquo;s World Cup final against Australia, and yet New Zealand&rsquo;s decorated captain is still refusing to make an announcement.

All Blacks ready to rise to another challenge, declares Beauden Barrett

In a team chock full of legends, Beauden Barrett may still have junior status but he has been an All Black long enough to know that to retain the World Cup this Saturday, they will have to go back to square one.

New Zealand 20 South Africa 18:&nbsp;Two legends of the game, one finally able to relish the chance to confirm his greatness on the biggest stage imaginable, the other facing an anxious wait over his ability to become the first two-time Rugby World Cup-winning captain.

When New Zealand and South Africa clash, all bets are off.

An ordinary day but All Blacks feel the fear

As he glances towards the hotel bar All Black head coach Steve Hansen struggles to stifle a laugh.

It&rsquo;s four days after Dan Carter starred in a demolition job over the Wallabies, and he is sitting in the Eden Rugby clubrooms, a couple of spiral kicks away from Eden Park, with a smile as wide as the 41-13 scoreline by which his team retained the Bledisloe Cup.

Defending champions New Zealand have announced their 31-man squad for the upcoming Rugby World Cup, with Waisake Naholo included but Israel Dagg and Cory Jane among those to miss out.

Toulon are hard to love but easy to envy

Maybe there will have to be a law against Toulon, one denouncing them as bad for business because they are too good for everyone else.

Serfontein a potent mix of style and aggression

Still only 21, Serfontein has already established a reputation as something of a dump truck.

England imploded at the Waikato Stadium to conclude their series against New Zealand with an error-ridden 36-13 defeat as the All Blacks amassed a record-equalling 17th successive victory.

Read and Savea out for All Blacks

Jerome Kaino will replace Kieran Read in New Zealand’s team to face England in the first Test at Auckland’s Eden Park on Saturday.

Heroic Ireland denied at the death

Destiny beckons for fearsome All Blacks

Marshall ready to answer the call

For a full decade now, the Brian O’Driscoll and Gordon D’Arcy midfield axis has survived and thrived in the pell-mell that is international rugby but the durable duo are on borrowed time.

Leinster may have lost Jonathan Sexton to France over the summer but the province has gained an element of unpredictability at out-half which the most inventive of tens would be unable to match.

Bonus-point win over Pumas puts All Blacks closer to title

All eyes on O'Driscoll despite new recruits at Leinster

In the third of the provincial season previews, our rugby correspondent, Daniel Pitcher offers an insight into Leinster. His final preview comes tomorrow when he looks at Munster.

Read to skipper All Blacks

Kieran Read will captain New Zealand for the first time when the All Blacks tackle Italy on Saturday.

IF THERE is one attribute that defines New Zealand rugby players, it’s that they never rest on their laurels for too long.

First the good news. New Zealand are in disarray or at least they should be.