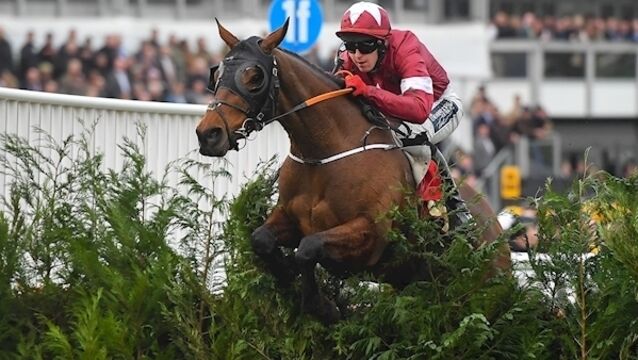 They are joined by a host of others who might otherwise have been heading to Aintree at the start of next month – including several British hopefuls, despite the fact horses are currently not permitted to travel from overseas to race in Ireland. 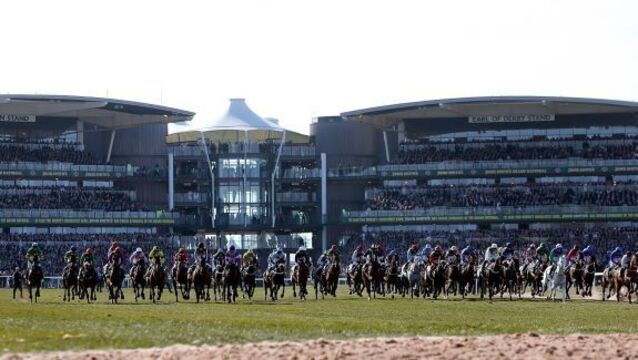 Grand National-winning trainer Ted Walsh is among those who are backing the decision to cancel this year’s renewal of the Aintree spectacular because of the coronavirus outbreak. 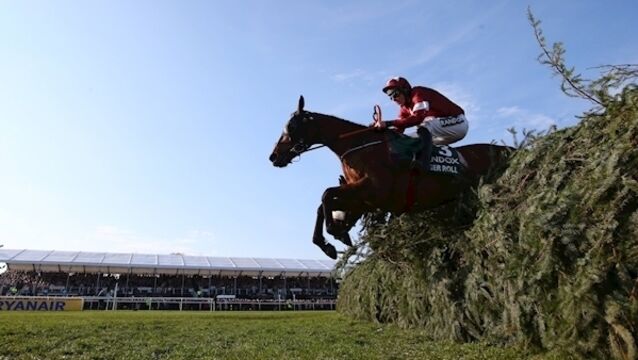 Gordon Elliott has spoken of his disappointment at the cancellation of the Randox Health Grand National – but he still hopes his dual winner Tiger Roll can bid for a third success in the famous race next year.

Why are there so few repeat Gold Cup winners?

Tiger Roll only ’50-50′ to go for third Grand National

More than 2,000 people took to the streets of Youghal, Co Cork, last night to pay tribute to the town’s newest and greatest double act since Moby Dick and Ahab.

The Tory zealots, the European Research Group, may not maintain a wine cellar, but if it did, it is unlikely that the faction’s sommelier would have been busy serving champagne after Saturday’s Grand National.

Twenty years hence, when the producers of Reeling in the Years are choosing the sounds and sights to represent the stories of 2019 they shouldn’t face too arduous a task.

Last season's Randox Health Grand National hero Tiger Roll is set to lead a formidable team into battle for Gordon Elliott as the trainer eyes a third victory in the Aintree showpiece next spring.

Aside from Footpad’s crystal-clear claims in the Ryanair Novice Chase, today’s card looks quite difficult for punters.

The Topham Chase next Friday has been Polidam&rsquo;s aim for a while now and he&rsquo;s in really good order, writes Ruby Walsh

Willie Mullins confirmed last night that Footpad is likely to head for Aintree after being taken out out of the Ryanair Gold Cup at Fairyhouse.

The alternative guide to racing in 2018

Fox Norton followed up his Aintree success by taking the scalp of Un De Sceaux in the BoyleSports Champion Chase at Punchestown.

Alison Williams and Lena Dunham bow out in the final episode of Girls at 10pm on Monday on Sky Atlantic.

Barry Geraghty will have to wait a few more days before finding out whether he will be given the all-clear to return to action in time for next week&rsquo;s Randox Health Grand National meeting.

Sizing John case makes you wonder how many horses are running over clearly unsuitable trips?

It seems rather obvious now that Sizing John has been running over the wrong trip for most of his life.

Don Poli, favourite for the Randox Health Grand National with most bookmakers, is a doubtful runner according to Eddie O'Leary.

We couldn’t be happier with powerful Yorkhill

The Christmas festivals are on the horizon but there&rsquo;s plenty of good racing this weekend, and I&rsquo;m really looking forward to riding Yorkhill on his chasing debut in the two-mile beginners&rsquo; race at Fairyhouse this afternoon.

Trainer Michael &lsquo;Mouse&rsquo; Morris was the big winner at the Horse Racing Ireland Awards which took place yesterday afternoon in the Leopardstown Pavilion, the Fethard-based trainer scooping the Outstanding Achievement Award for becoming the first person in almost 150 years to train the winners of the Aintree and Irish Grand Nationals in the same season.

Mouse Morris: ‘There’s no point sleeping if you don’t dream’

Promising Village looks poised to follow up at Cheltenham

I&rsquo;ll ride far more horses on the gallops this weekend than I will on the track, as I have just one mount, which comes today at Punchestown aboard Myles Ahead, trained by my father.&nbsp;

Why parting may suit both Gigginstown and Mullins

It has been a turbulent week in Irish racing circles and, in the days dominated by the controversial process involved in the reappointment of Horse Racing Ireland CEO Brian Kavanagh, the news that two of the superpowers of National Hunt racing in Ireland have parted ways has kept the sport in the headlines.

Limini can put Aintree disappointment behind her

Just the two rides for me again this afternoon, and Limini looks to have the better chance of the two. She was probably a bit disappointing at Aintree, but was too keen for her own good and got found out at the end of the race.

Vroum Vroum Mag looks up to the task at Punchestown

Ups and downs yesterday, but what more can I say about Douvan than he was spectacular. I don&rsquo;t think I&rsquo;ve ridden a novice like him, and can&rsquo;t wait to see him take the next step, writes Ruby Walsh

The exciting Invitation Only can follow in the footprints of Yorkhill by taking the closing race on today&rsquo;s card.&nbsp;

Bellshill to go one better

Not the return I had hoped for, yesterday at Punchestown, but we can look forward to this afternoon and hope for better luck.&nbsp;

Cheltenham Gold Cup winner Don Cossack&rsquo;s racing career could be in jeopardy after he suffered a tendon injury which rules him out of the Punchestown Festival.

Willie Mullins is looking forward to launching another strong assault on next week&rsquo;s Punchestown Festival after entries for the first three days of the showpiece meeting were confirmed.

Next Tuesday week will see the start of the Punchestown festival and there is going to be a somewhat unusual feel to it.

Leighton Aspell Interview: ‘It hasn’t changed me but it’s changed my life’

Irish jockey Leighton Aspell bids for racing immortality this afternoon as he chases a third consecutive Grand National victory. But long before his Aintree successes catapulted him into the media spotlight Aspell&rsquo;s talents had won him a devoted band of followers...

Many Clouds ‘A1’ for National after schooling session

Many Clouds delighted trainer Oliver Sherwood in a schooling session yesterday ahead of his bid to repeat last year&rsquo;s victory in the Crabbie&rsquo;s Grand National at Aintree on Saturday week.

Willie Mullins&rsquo; assault on a first British trainers&rsquo; championship has gathered pace after the powerhouse Irish trainer earmarked a number of his Cheltenham superstars for the Crabbie&rsquo;s Grand National meeting at Aintree next week.

Aintree next on Annie Power’s agenda

Willie Mullins has confirmed Annie Power to be on course for next month&rsquo;s Doom Bar Aintree Hurdle.

If there is to be a fairytale winner at this year&rsquo;s Cheltenham Festival, then a third victory in the Glenfarclas Cross Country Chase today for Balthazar King is likely to be it.

Old Guard ruled out of Champion Hurdle at Cheltenham

Old Guard will miss tomorrow&rsquo;s Stan James Champion Hurdle at Cheltenham after failing to recover from a minor setback in time.

Emma Lavelle will keep a close eye on the long-term weather forecast before making a decision on whether Shotgun Paddy will line up in the Crabbie&rsquo;s Grand National next month.

Cheltenham Gold Cup an option for Many Clouds

It appears increasingly likely that Crabbie&rsquo;s Grand National winner Many Clouds may attempt to do the Timico Cheltenham Gold Cup-Aintree double after his intended prep race was scuppered by the weather at Kelso on Saturday.

Another blow for Willie Mullins as Arctic Fire out

Arctic Fire has been ruled out of the Stan James Champion Hurdle at next month&rsquo;s Cheltenham Festival due to injury.

Female racing fans encouraged to smarten up for National Festival

Women attending this year&rsquo;s ladies&rsquo; day at the Grand National Festival are being urged to smarten up in a bid to make the day more &ldquo;aspirational&rdquo;.

Ptit Zig to stay over hurdles this season

Ptit Zig is set to stay over hurdles for the remainder of this season following a fair effort in defeat in the Cleeve Hurdle at Cheltenham.

Kerry Lee is in no hurry to decide whether Mountainous will have a run ahead of the Crabbie&rsquo;s Grand National following his heroics at Chepstow on Saturday.

Willie Mullins struck gold with his first ever runner at Taunton as Myska kept her unbeaten record intact in the Happy New Year From totepool Mares&rsquo; Novices&rsquo; Hurdle yesterday.

Some day soon, very soon, Mouse Morris&rsquo; Alpha Des Obeaux is going to fulfil his undoubted potential and we will want to be with him.

Donald McCain ‘not a believer’ of Grand National time change

Grand National-winning trainer Donald McCain believes horses have been the forgotten factor in the decision to put back the start of the world&rsquo;s greatest steeplechase to 5.15pm.