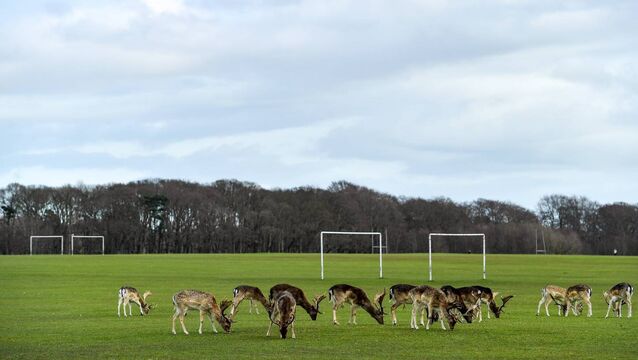 Paul Rouse: When this crisis ends, sport will spin again

THERE is a path that runs in front of Áras an Uachtaráin, out along the perimeter of its grounds. 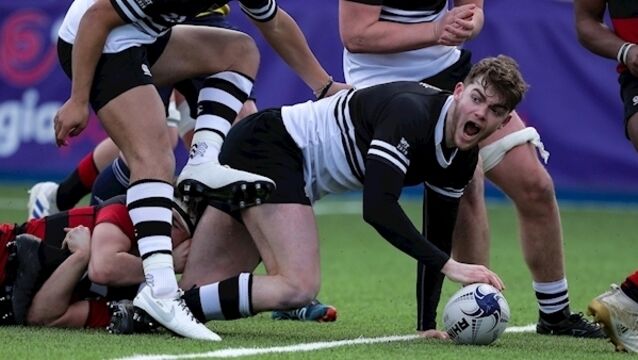 Johne Murphy’s side edged past the challenge of Kilkenny College. 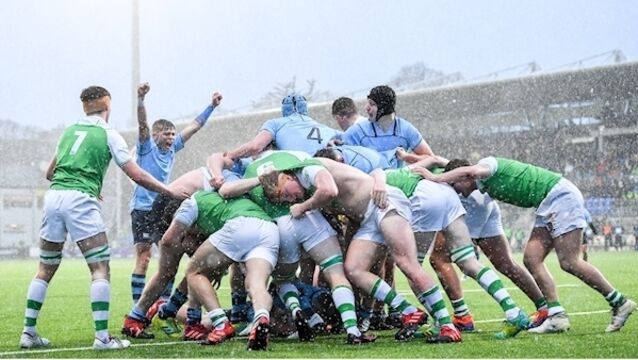 Champions St Michael’s College eased into the Leinster Schools Senior Cup semi-finals with a comprehensive win over Gonzaga College at Donnybrook in a repeat of last year's final.

Top Galway hurling prospect Jack Canning is heading off to Australia to pursue a rugby career.

With one hand already on the title, Dundalk manager Stephen Kenny is determined to complete the job against St Patrick’s Athletic at Oriel Park tonight (7.45pm, live on RTÉ2).

Mullan and Tice on target as Ireland upset Spain

Katie Mullan and Lena Tice struck to earn Ireland a 2-0 win over Spain in Malaga yesterday.

What if Michael Cusack had stuck with rugby?

Paul Rouse wonders what if Michael Cusack had stuck with his first love, rugby.

Bohemians 0 Dundalk 2:&nbsp;A brace from Daryl Horgan gave table-toppers Dundalk the points from this keenly-contested encounter at Dalymount Park against a Bohemians side who have now lost three league games on the trot.

Wexford Youths should bounce into Turner&rsquo;s Cross this evening with a newfound spring in their step, on the back of two successive wins.

Cistercian Roscrea enjoying life at the summit of Leinster

Insideat&nbsp;coelis animo&nbsp;sed&nbsp;corpore terris &mdash; Let the mind be in heaven while the body dwells upon the earth. CC Roscrea Motto

Runaway league leaders Dundalk will be hot favourites to keep their double dream alive when they host Longford Town at Oriel Park in the first of this year&rsquo;s FAI Cup semi-finals this evening (kick off 7.25pm, live on RT&Eacute; 2).

Nine of the Tipperary players in Sunday&rsquo;s All-Ireland minor final panel also featured this year for the county minor hurlers.

Cork Constitution may be underdogs for today&rsquo;s Bateman Cup, but with a three-in-a-row within their grasp they have players with the experience of managing such cup final occasions.

My rugby career is a game of two halves: bad player and ardent fan

IT wasn&rsquo;t a funereal atmosphere on the ferry on Sunday, but it was sad and solemn.&nbsp;

Joe Schmidt has challenged claims there may be a widespread problem with either legal supplement use or illegal drug-taking among rugby players in Ireland.

All systems go for a re-match of the 2013 Leinster Schools Senior Cup final after holders Blackrock College were drawn against St Michael’s College in the quarter-final draw at Old Wesley RFC yesterday.

Glory at last for Newcastle West

Newcastle West finally reached their destination after 74 years of trying yesterday when they lifted the Pierce Purcell Shield at Kinsale Golf Club.

Hoops turn to Glass as Kenny gets axe

Stephen Glass has been put in temporary charge at Shamrock Rovers after the club axed boss Stephen Kenny yesterday.

Not enough to simply thank our lucky stars

Bray Wanderers will go into their clash with Drogheda full of confidence after securing their first win of the season last week against UCD.

Belvedere gained some measure of compensation for their tame exit out of the Leinster Senior Cup by edging out Cistercian Roscrea in the Senior Plate final yesterday.

Murphy and Rossiter out for Bohs

Bohemians will be looking to build on last week’s victory as they take on St Patrick’s Athletic at Dalymount Park tonight (kick-off 7.45pm).

McLean out for Derry, no changes expected for UCD

CATHOLIC INSTITUTE will reprise their recent rivalry with UCC on a novel stage tomorrow, as the sides lock horns in the first round of the Irish Hockey Trophy at the Mardyke (3pm).

Bray have trio missing for trip to Belfield

UCD will be looking to get back to winning ways when they take on Bray Wanderers at the UCD Bowl tonight, kick-off 7.45pm.

DUBLIN’S history of success against Louth will mean nothing in Saturday’s All-Ireland Qualifier because Peter Fitzpatrick’s team is “the best in Leinster”.

CALEB POWELL has been installed as the 123rd president of the Irish Rugby Football Union.

Bohs kick into gear for derby clash with Fingal

AFTER quite a few wobbles in the first half of the season, Bohemians last week began the long run-in in ominously good form, with a 3-0 win over Dundalk which hauled them up to second in a congested table, two points behind St Patrick’s Athletic, level with Shamrock Rovers and just one point ahead of tonight’s visitors to Dalymount Park, Sporting Fingal.

WITH the lead changing hands on almost a match to match basis, Sporting Fingal have the opportunity to go back to the top of the Airtricity Premier Division if they can overcome UCD at the Belfield Bowl this evening.

No absentees for St Pat's

Dundalk must plan without Cawley

Dundalk will be looking to maintain their unbeaten start to the season when they entertain St Patrick's Athletic at Oriel Park tonight, kick-off 7.45pm.

Bohemians open the defence of their title with a tricky clash against FAI Cup holders Sporting Fingal at Dalymount Park, kick-off 7.35pm.

Kearney happy to be in prime position

AT some stage tomorrow David Blair or Chris Paterson will launch a kick towards the skies over the RDS which will descend in Rob Kearney’s vicinity.

IT was a case of mind over matter as St Mary’s College ended Shannon’s perfect start to the AIL Division One season with a 10-8 victory at Templeville Road on Saturday.

Clontarf make it nine in a row

Bective Rangers through to Leinster semis