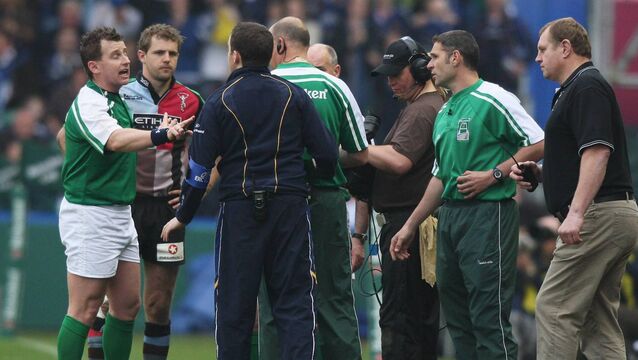 It's a game that will always be remembered as 'Bloodgate' but the controversy tends to overshadow a Nick Evans drop goal that could have rewritten rugby history and a 2009 Heineken Cup quarter-final that had so many more layers to it. Brendan O'Brien takes a look back 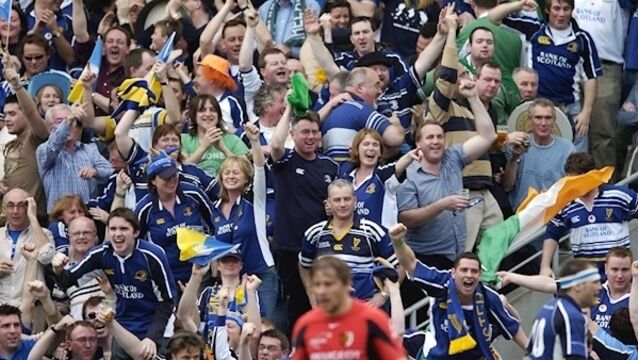 This was supposed to be the day Leinster and Saracens met in the last eight of the Champions Cup. 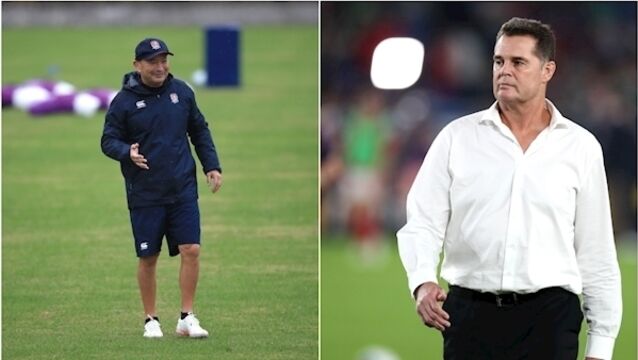 Coaching success: The men behind England and South Africa

Eddie Jones and Rassie Erasmus were both celebrating at full time when England and South Africa last contested a World Cup final, at the Stade de France 12 years ago.

Ben Te’o left out for England's clash with Wales

Ben Te’o has been left out of the England squad for Sunday’s international against Wales.

Elliot Daly has held off the challenge of Mike Brown at full-back for England's Guinness Six Nations clash with Ireland at the Aviva Stadium.

Mike Brown will feed off Owen Farrell&rsquo;s aggression at Ellis Park after insisting that his captain&rsquo;s deeds rather than words will inspire England against South Africa.

Ireland’s secret lies in the backroom

Joe Schmidt deservedly received the plaudits for guiding Ireland to a Grand Slam on Saturday. But the New Zealander was quick to credit the efforts of his backroom team in the unforgettable spring campaign. Rory Keane reports.

Has Chris Farrell put his name on a starting jersey?

If there had been any misgivings in the Irish management think tank about Chris Farrell taking the next big step in his Test career, the Munster centre&rsquo;s first few minutes of his Six Nations debut will have dispelled them.

Scotland registered their first victory over England in a decade to reignite their NatWest 6 Nations title aspirations and leave the champions nursing a conclusive 25-13 defeat.

Scotland head coach Gregor Townsend says Chris Harris has earned his place in the starting line-up of their NatWest 6 Nations opener in Cardiff.

Josh Adams admits it is &ldquo;a surreal feeling&rdquo; to have realised a rugby dream and be picked for Wales.

England have received a significant injury boost ahead of their NatWest 6 Nations opener against Italy after a trio of players rated doubtful were passed fit.

Eddie Jones has been assessing his dwindling options in the back three due to an escalating injury crisis.

England have now seen 16 players ruled out of the start of their title defence, a number that will climb to 18 if Robshaw and Brown fail to recover.

James Haskell is in danger of missing the start of England's 6 Nations title defence after being sent off in Wasps' dramatic 33-28 Champions Cup defeat by Harlequins.

Harlequins ring changes ahead of trip to Ulster

While Ulster have made just two changes, Harlequins have reacted to their surprise Champions Cup defeat in London on Sunday with six alterations for the return leg of the Pool 1 tie at Kingspan Stadium this evening.

The England star will undergo further testing to determine his recovery period.

Australia have gone on the offensive ahead of tomorrow&rsquo;s Cook Cup clash by claiming England coach Eddie Jones is &ldquo;spoilt&rdquo; and accusing his players of hitting their half-backs late.

Owen Farrell has been recalled for England's clash with Australia at Twickenham on Saturday after being rested for the autumn opener against Argentina.

Eddie Jones has revealed he was scolded by his 93-year-old mum for his expletive-laden outburst during England's victory over Argentina at Twickenham on Saturday.

England made a scruffy start to their autumn series but still ensured they will enter their group showdown against Argentina at the 2019 Wold Cup with an immaculate record against the Pumas under Eddie Jones.

As a fresh NBA champions cap sat a tad off-kilter on his head, Kevin Durant embraced mother Wanda. Then he moved across the podium and hugged Stephen Curry before accepting his shiny MVP trophy, holding out his arms and hoisting it for everyone to see.

Kevin Durant does not need to be told that Golden State Warriors should have a muted celebration after winning the Western Conference finals.

Jonathan Joseph was included in the Lions squad for New Zealand after Warren Gatland decided a player who has caused Wales so much torment on his watch could not be overlooked.

Two minutes to go, four points to the good and the noise of over 51,000 people ringing in your ears.

Here&rsquo;s the lowdown on four big games across Europe...

Eddie Jones insists England have failed to produce a world class player since Jonny Wilkinson, but believes a number of his Grand Slam winners are close to ending that barren spell.

Twelve months ago, Ireland were heading to Cardiff in search of the win that would keep their Grand Slam ambitions on track, only to go down narrowly in a thrilling, high-octane encounter with Wales. The game was lost but the RBS 6 Nations title would be won a week later.

Joe Schmidt&rsquo;s call for World Rugby to review the practice of players attempting to kick the ball out of rucks gained further credence yesterday following the decision not to cite England&rsquo;s Mike Brown after his boot made contact with Conor Murray&rsquo;s face in Saturday&rsquo;s Six Nations tie.

Disappointment? Yes, but this was a defeat with difference

Ireland may not have been interested in getting into a war of words with Eddie Jones in the build-up to Saturday&rsquo;s face-off at Twickenham, preferring instead to launch a war of attrition against the lippy Aussie and his English team where it mattered most, on the field, writes Donal Lenihan.

Right, let&rsquo;s start with a quick game of Name the Speaker.

Are Ireland now in transition?

When all the talking was done, and there was plenty of it in the build-up to this latest instalment of Anglo-Irish sporting relations, it just came down to power and the execution of it.

Saracens lock Maro Itoje could make his first England start after Joe Launchbury was ruled out of Saturday&rsquo;s RBS 6 Nations clash against Ireland with a hamstring problem.

A tweak here and a favourable decision there and Joe Schmidt&rsquo;s Ireland team could be contemplating a trip to Twickenham this Saturday which, if successful, would leave them odds-on to claim a third straight Six Nations title and a Grand Slam to boot.

England have selected Danny Care at scrum-half and Joe Marler at loosehead prop for Saturday’s RBS 6 Nations match against Scotland.

Astounding evidence of a hidden giant planet on the fringes of the solar system has been uncovered by scientists using computer simulations.&nbsp;

Avenida Atl&acirc;ntica might just be the most picturesque thoroughfare on the planet. It&rsquo;s only four kilometres long so the best way to appreciate the majesty of it all is to just get out and walk it.

Visiting All Blacks and Australia set to boost IRFU coffers

Irish rugby&rsquo;s ongoing challenge to fund the ever-increasing costs of the professional game should be considerably strengthened by the visits in the autumn of 2016 by the two most attractive countries in the game.