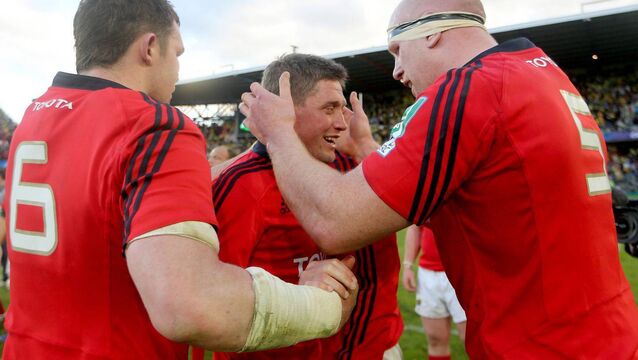 The text from the sports editor set quite the challenge. ‘Don’t spread the virus by writing about it. We’re all good for that stuff’, writes Ronan O'Gara. 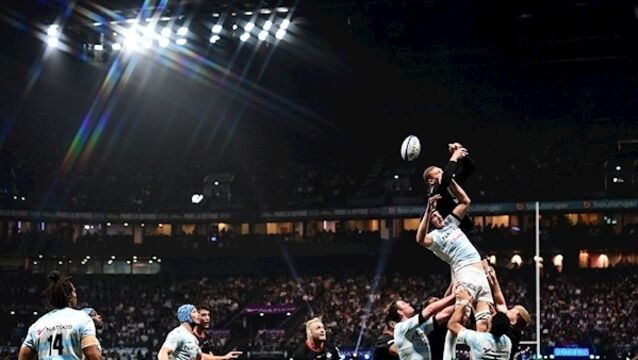 Jacky Lorenzetti, the billionaire owner of Racing 92, knew that a conventional rugby stadium would do little to attract Parisians. So, when he set about finding a home for a club in which he had already invested multiple millions, razzmatazz, rather than rugby, took precedence. 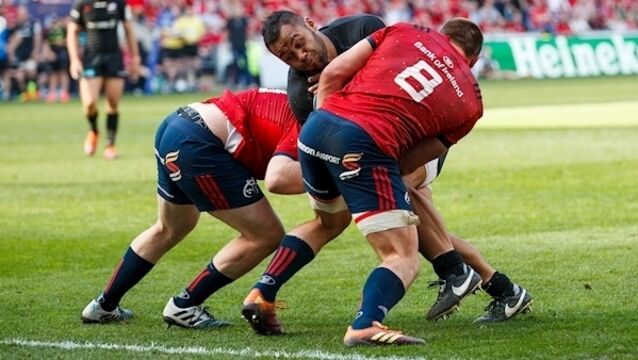 Munster have been left holding the short straw for next season's Heineken Champions Cup with the two-time champions plunged into the clichéd 'Pool of Death' after Wednesday's draw in Lausanne.

No galacticos, but O’Gara will find a siege mentality much like Munster

No I haven&rsquo;t walked the 200 feet of tunnel that reputedly leads from renowned London wine merchants Berry Brothers and Rudd to Buckingham Palace, but I am assured such a route exists, writes&nbsp;Ronan O&rsquo;Gara.

It&nbsp;will take just over an hour by air for the Racing 92 players to fly to&nbsp;Toulouse for Sunday&rsquo;s&nbsp;important Top 14 game at the Stade Ernest Wallon, writes&nbsp;Ronan O&rsquo;Gara.

Racing&rsquo;s vast resources are best illustrated by the options available to their management in the second row alone compared to Johann van Graan, writes&nbsp;Donal Lenihan.

From France to Fendalton: A new set of coaching goals

By New Year&rsquo;s Eve, we had disconnected the television at the house in Paris, so I had to slip next door to a pub-restaurant I knew prided itself on multi-screen sports.&nbsp;Montpellier-Brive was on one channel and off in the corner, with a few quiet seats underneath it was coverage of Racing 92&rsquo;s trip down to Oyonnax.

And just like that, my time in Paris is over

Tonight is the dawn of a new era for Racing 92. And the end of a chapter for me.

This all kicked off with a throwaway comment in the gym, says&nbsp;Ronan O&rsquo;Gara.

Racing put no obstacles in my way, says O’Gara

Given how precious and frail dressing-room confidence can be, you&rsquo;ll take all the positive bounces you can get, even if they are not of your making.

If you drive up from Spain the first three towns you hit in France along the A9 are three big rugby strongholds &hellip; Perpignan, Narbonne and Beziers.

No point in looking for victims and scapegoats

Ronan O&rsquo;Gara breaks down that Racing 92 match you fortunately missed...

Likes of Donnacha Ryan don’t come around too often

Racing 92 and Stade Francais have announced that their proposed merger is off.

Paris prepares for a ‘monster’ next season

Munster’s emotional road back to Paris

Munster return to Paris this weekend for the first time since the unexpected death of their beloved head coach, Anthony Foley, who passed away on Sunday, October 16, sparking an outpouring of grief across the country.&nbsp;

From where Munster was 18 months ago, things looked and felt a whole lot more positive from where I was sitting Tuesday night, writes Ronan O&rsquo;Gara

Where was I before we were rudely interrupted?

So where was I before we were so delightfully interrupted by the summer and before that, Racing 92&rsquo;s first Top 14 championship in a generation?

Ronan O&rsquo;Gara explains why he is staying in Paris for three more years

There are decisions being made around the wood-panelled boardrooms of Europe at present that shape the fortunes and balance the books for the next two years.

They give the impression of having it all &mdash; the world&rsquo;s most charismatic player, match-winners all over the pitch, and an Irish skills coach better versed than anyone else in the art of conquering Europe.

Bernard Le Roux: I could tell Sexton was struggling

Toulon are hard to love but easy to envy

Maybe there will have to be a law against Toulon, one denouncing them as bad for business because they are too good for everyone else.

Feeding into a rugby transfer frenzy

With Leinster the sole province flying the Irish flag in this weekend&rsquo;s Champions Cup quarter-finals, it&rsquo;s natural the thoughts of supporters of other teams are already turning to next season.

MY boss has a dream and all available evidence thus far indicates he is going to make it happen, writes Ronan O'Gara.

All Black great Dan Carter said the sheer quality of the players in France&rsquo;s Top 14 was a key reason in him joining Racing Metro &mdash; but money was undoubtedly a factor too.

Carter set to be unveiled as Sexton’s Racing replacement

New Zealand legend Dan Carter is set to be unveiled as Jonathan Sexton&rsquo;s replacement at Racing Metro this morning.

All&rsquo;s well that ends well, then.

Jonathan Sexton has all but made his mind up as to where he will play his club rugby in 12 months&rsquo; time, but the Racing Metro out-half stopped short of revealing whether home will be Dublin or Paris.

Settled Sexton likely to kick on at Racing for third season

Jonathan Sexton hopes to have his contract situation sorted out in the next few weeks amid growing speculation he may remain with Racing Metro 92 in France for at least a third season.

Ronan O&rsquo;Gara has confirmed he is ready to sign a contract extension to 2016 with Racing Metro — ruling out any short-term return to Munster.

Can Tigers blow out Michelin Men?

When Marcel Michelin created a rugby club for his hometown in 1911, he could never have imagined it would become what it is today – the team everyone wants to avoid.

Something endearing about this evolving Munster squad

If the ERC need to remind its constituent partners of what it is that makes the Heineken Cup a riveting tournament, just replay at their next board meeting the last five minutes of action at Perpignan’s Stade Aime Giral and the Aviva Stadium on Saturday.

Step in right direction for Quins

Ronan O’Gara has poured cold water on the prospect of Munster, Ireland and Lions scrum-half Conor Murray joining him at Racing Metro.

Racing Metro are said to be in line for a shock swoop of Munster star Conor Murray, who is out of contract at the end of the season.

Jonathan Sexton has got an early taste of the idiosyncrasies of Racing Metro president Jacky Lorenzetti with the Paris club moving their first home match of the season 500km away to the seaside — because most of their supporters will be on holiday.

Rugby legend Ronan O’Gara kicks off a new career in new surroundings today as he begins life as a coach with French Top 14 side Racing Metro.

O’Gara slowly getting down to business

Life in Paris, and his new career with Racing Metro 92, became that bit more real this week for Ronan O’Gara, who spent two days in the French capital where he met with the club’s new coaches, Laurent Travers and Laurent Labit.

Clermont coach Vern Cotter has claimed his club were Jonny Sexton’s preferred choice in France, but were priced out of a deal by the financial might of Jacky Lorenzetti at Racing Métro.