Ireland hopefuls: 16 young guns who could be stars in green at 2023 World Cup

As Joey Carbery and Jacob Stockdale lined up against each other at Ravenhill, it was noted that four years ago, at the time of the 2015 World Cup, neither had made their provincial debuts. 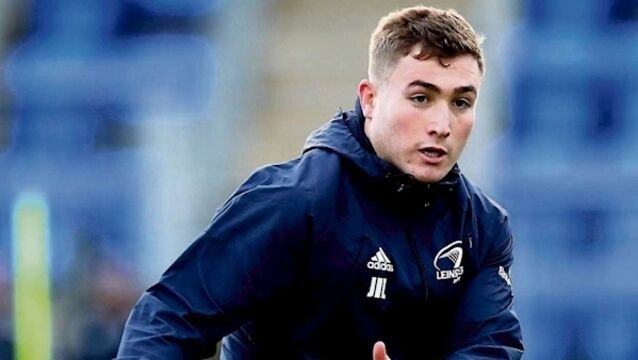 Joe Schmidt appears to be the sacrificial lamb, thrown under the bus not only by Nucifora but later in the day by his captain Rory Best. Long live the king. 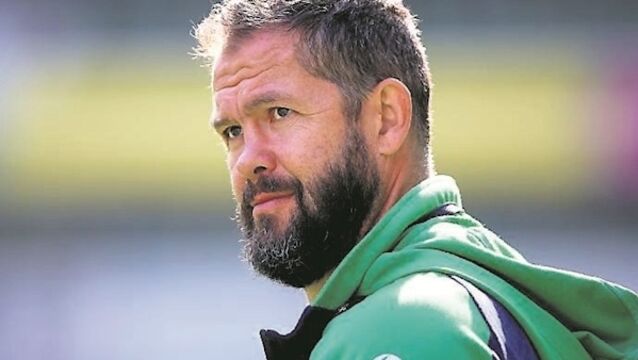 David Nucifora: Pressure is on Andy Farrell to deliver in the Six Nations

‘It isn’t about blaming Joe ... it’s about learning what we can do better’

‘Nothing less than a place in the semis will do in Japan,’ says Nucifora

Nothing less than a World Cup semi-final appearance in Japan later this year will constitute a good World Cup for Ireland, said a straight-talking David Nucifora, as the IRFU performance director threw down the gauntlet to Joe Schmidt and his squad yesterday.

IRFU will help Johann van Graan like they did Leo Cullen

David Nucifora signs three-year deal to stay with the IRFU

The IRFU have secured the services of Performance Director David Nucifora for another three seasons.

“He’s been a part of the most successful transformation of recent times of a national side.”

Life after Joe: Ronan O’Gara sees nobody out there like Schmidt

“I don’t think there’s another Joe out there,” says Ronan O’Gara, when guided toward the topic of life after Joe Schmidt.

Munster boss Johann van Graan says he is expecting to see less of Ireland’s frontline stars playing for their provinces this season as the national team steps up preparations for the 2019 World Cup in Japan.

Joe Schmidt will make Christmas call on his future

Joe Schmidt will reach a decision on his future as Ireland head coach over the Christmas period.

The IRFU are hoping to find an Irish-qualified player in Ulster&rsquo;s search for a new fly-half, but they will not be knocking on Munster&rsquo;s door to replace Paddy Jackson.

Recruitment of players who have doped will be case by case

The IRFU will continue to assess the recruitment of players with doping convictions on a case-by-case basis in the wake of the controversy sparked by Munster&rsquo;s signing of Gerbrandt Grobler last summer.

IRFU performance director David Nucifora has not ruled out a return to the Ireland team for sacked internationals Paddy Jackson and Stuart Olding, should they return home to play for a province in the future.

David Nucifora: Joe’s his own man, money doesn’t motivate him

The IRFU has promised to do everything in its power to extend Joe Schmidt&rsquo;s tenure as Ireland head coach beyond next year&rsquo;s World Cup.

IRFU performance director David Nucifora has not ruled out a return to the Ireland team for sacked internationals Paddy Jackson and Stuart Olding, should they return home to play for a province in the future.

Why Simon Zebo decided to swap Munster for French adventure

When it comes to player retention, there are some bases even the IRFU cannot cover.

Van Graan won’t be joined by director of rugby

Munster are confident inexperienced new head coach Johann van Graan will not need the oversight of a director of rugby when he takes the reins from Rassie Erasmus.

Reports linking Munster and Ireland wing Simon Zebo with a move to France next summer offer a timely reminder that the annual contracts circus for players is already in full swing.

IRFU performance director David Nucifora is hopeful Munster have found the right person to succeed Rassie Erasmus and will be able to announce their new director of rugby &ldquo;in the short term&rdquo;.

Rassie Erasmus: 'If you come here to this club, you fall in love with the system'

Outgoing director of rugby Rassie Erasmus is confident Munster will be in safe hands when the IRFU finally appoints his successor at the province.

New Zealand, England, and Canada are the standard bearers of women&rsquo;s international rugby, but Irelandareclosing fast. Edward Newman asks what does the IRFU need to do to make the leap into elite company?

IRFU performance director David Nucifora believes the investment made in women&rsquo;s rugby in Ireland will allow for &lsquo;long term growth&rsquo; of the game after next month&rsquo;s World Cup.

John McKee favourite to come in for Pat Lam

Fiji coach John McKee has emerged as a contender to succeed Pat Lam as Connacht coach.

Connacht have been boosted by the signing of three Irish players a week after the IRFU blocked the arrival of Pat Lam&rsquo;s son Mitch, due to his non-Irish qualifications.

IRFU performance director David Nucifora insists Johnny Sexton will not be rushed back to action until he is 100% fit.

The IRFU is open to the prospect of private investors purchasing stakes in the professional provinces in order to bridge the widening financial gap with cash-rich English and French competitors.

It looks like an argument that nobody is going to win as Ulster&rsquo;s South African scrum-half Ruan Pienaar is being forced to leave a city he adores, wants to live in, and, oh yes, play a bit of rugby, a game he&rsquo;s pretty handy at.

Having announced a projected deficit of &euro;1.95m for the year ending June 30, Munster Rugby are now preparing to have their financial decisions scrutinised like never before by the IRFU and its performance director David Nucifora.

With provisions in place should Joe Schmidt be selected to lead the Lions tour to New Zealand next summer, IRFU performance director David Nucifora explained that his ultimate successor as Ireland coach is already in the Irish system.

The IRFU are waiting for Paul O&rsquo;Connell to say the word and the union will intergrate him into the coaching structure within Irish rugby.

Is a change in mindset required if Ireland is to ever realise its full potential in professional rugby?

Is this the man who is going to save Irish provincial rugby?

It may have its faults but the Guinness PRO12 has managed to hold the imagination of fans, across the Celtic nations at the very least, as it enters its version of Super Saturday in three days time.

Ireland prop Cian Healy is on the IRFU books until after the 2019 World Cup as David Nucifora, the union&rsquo;s deal maker, continued his impressive record of ensuring that all of the national team&rsquo;s front-line players will be based at home next season.

Pat Lam: We did all we could to keep Robbie Henshaw

And so the saga has come to an end.

Nigel Carolan has named an U20s side light on experience but heavy on physical punch for the opening Six Nations clash against Wales at Donnybrook tomorrow evening (7.35pm).

Marty Moore will not harm his Test career with Ireland by moving to Aviva Premiership club Wasps next term, according to Dai Young.

Ireland’s performance director David Nucifora has warned the country’s top stars will be at a “disadvantage” for international selection if plying their trade abroad.

JJ Hanrahan puts on a show for Joe Schmidt

JJ Hanrahan insists he traded Munster for Northampton to boost his chances of a Test call-up with Ireland.

On a day when it was announced that Ireland flanker Tommy O&rsquo;Donnell may feature for Munster against Leinster on Sunday, Anthony Foley refused to shed further light on Australian captain Stephen Moore&rsquo;s failed post-World Cup move to Munster.

Robbie Henshaw will be free to decide for himself where his future lies beyond this summer.

IRFU Performance Director David Nucifora has insisted that he did not block a move to Munster by Australian captain Stephen Moore and that he is not &ldquo;against&rdquo; the signing of foreign players in general by the provinces.

Munster boss Anthony Foley insists the province are determined to hang onto Ireland wing Simon Zebo and is hopeful a new deal can be reached in the coming weeks to head off Toulon interest.

One of the primary reasons behind the decision to release Irish captain Paul O&rsquo;Connell from his contract was that it would hasten his return to Ireland and Munster, according to IRFU performance director David Nucifora.

Official notice of Matt O&rsquo;Connor&rsquo;s exit from Leinster landed shortly after 10am yesterday, but the writing had been on the wall for the Australian head coach for a month.