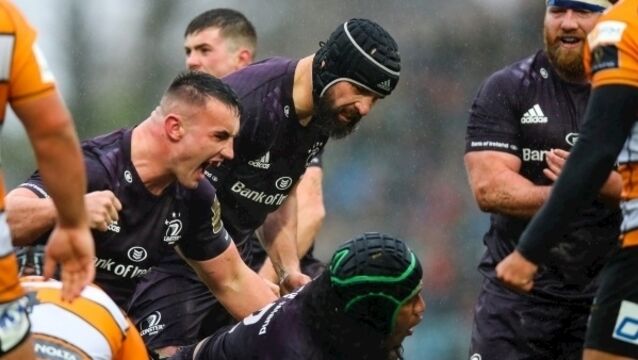 Conference A leaders Leinster continued their unbeaten season with a 36-12 bonus-point win over Cheetahs at a rain-lashed RDS. 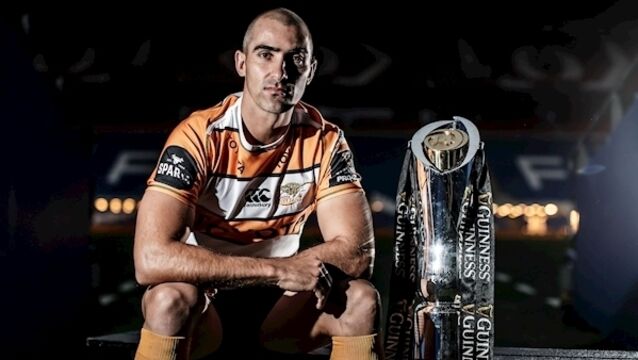 Ruan Pienaar only heard about Alby Mathewson’s departure from Munster on Tuesday. 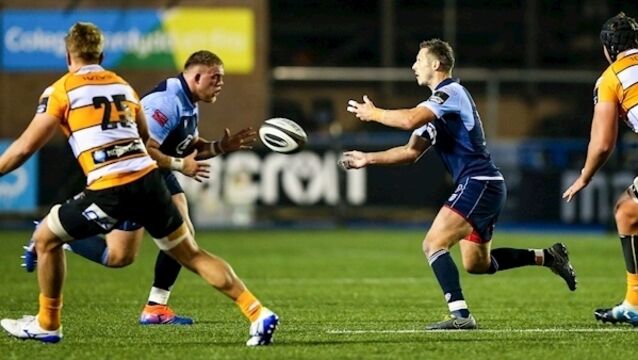 Cardiff Blues get back to winning ways

Cardiff Blues ended their four-game winless run in the Guinness PRO14 with a 30-17 victory over the 14-man Cheetahs.

Van Graan: Not good enough by our standards

Two seasons in one day at Bloemfontein

Munster head coach Johann van Graan knows all there is to know about South Africa’s major domestic competition, the Currie Cup. Given that the Cheetahs — one of his side’s two Guinness PRO14 opponents over the next fortnight — were recently crowned champions of the 130-year-old tournament, he is aware of the challenge awaiting his team.

Glasgow Warriors counted the cost of missing World Cup stars as their Guinness PRO14 campaign opened with a 48-14 defeat to the Cheetahs.

With England head coach Eddie Jones in the stand, Newcastle led 16-6 at half-time and after last weekend's heroics against Toulouse, the Falcons looked to be heading for another win against a side boasting a dozen internationals led by France number eight Louis Picamoles.

Every position in the back line has been filled by Leinster&rsquo;s Isa Nacewa, including scrum-half where he excelled in one game last&nbsp;season when Luke McGrath was sinbinned. The veteran New Zealander even scored a try while holding that fort, writes Brendan O&rsquo;Brien

For the first time in 15 years Leinster have won all six pool games in the European Champions Cup.

Girvan Dempsey sat on the bench in Murrayfield the day Leinster claimed a first Heineken Cup.

When Ruan Pienaar left Ulster in the summer, reluctantly and tearfully, supporters feared a void at scrum-half.

The cash-rich Top 14 outfit Montpellier, has tabled an astonishing &euro;840,000 a year offer to CJ Stander in a bid to turn his head and dissuade him from signing a new contract with Munster and the IRFU.

Montpellier&rsquo;s billionaire owner Mohed Altrad hoped his expensively assembled team would send a message to the rest of European rugby on Saturday in the RDS.

Tyros shine as Leinster cut French giants down to size

Leinster weathered the huge hits and the heavy bruising from Montpellier&rsquo;s giants on Saturday &ndash; but the five points are what will leave the biggest mark after a winning start to their Champions Cup challenge.

After a week when a ghost from Twickenham came back to haunt him, Stuart Lancaster can point this morning to a rattling reminder of Leinster&rsquo;s European resurrection.

Cullen ramps up pressure on Leinster

Leinster are the side with three stars on their shirt, as triple winners of the European Cup, but Leo Cullen believes Montpellier boss Vern Cotter is under greater pressure to win this season&rsquo;s title than he is.

In French rugby, the only thing bigger than the centres are the cheque books

It&rsquo;s part of the gig. Meeting agents. There&rsquo;s been quite a few in the past two weeks and I&rsquo;m never sure whether I&rsquo;m energised or anxious at the amount of money sloshing around in rugby.

Leinster face battle to survive in group of death

When the EPCR changed the format of Europe&rsquo;s blue riband event four years ago, this was exactly what they wanted to see &mdash; and what many teams feared.

Premiership champions must stop overthinking it

Exeter Chiefs may be the reigning Aviva Premiership champions but when it comes to Europe they are still looking to make their mark.

Leinster back in the groove

Devin Toner says Leinster are bubbling to the boil at just the right time as they prepare to host moneybags Montpellier in the RDS this Saturday.

Leo Cullen may have enjoyed Leinster&rsquo;s victory over old foes Munster but when it comes to Europe he knows his province cannot compete on the same terms as their English and French rivals.

It was only to be expected that so much of the conversation at yesterday&rsquo;s Champions Cup launch orbited around Rassie Erasmus and the identity of his eventual successor, but it was Anthony Foley who was central to Leo Cullen&rsquo;s thoughts.

Tommy Bowe says he does not want to end his Ulster career without adding to the Celtic League trophy he won 11 years ago.

Kieran Marmion may have won 10 of his 16 Irish caps since November in a rich vein of form but he knows that the immediate impact made by his former Connacht team-mate John Cooney in Ulster will not go unnoticed.

Ulster&nbsp;have&nbsp;refused to confirm, or deny, that they are poised to sign the talented Wallaby fly-half Christian Leali&rsquo;ifano on a short-term contract.

More South African clubs could look to join the newly expanded Guinness PRO14 in years to come if the addition of the Cheetahs and Southern Kings is a success.

The former Ulster scrum-half has signed a three-year deal in France.

Munster&rsquo;s night of celebration at the Guinness PRO12 Awards was tempered by the revelation that fly-half Tyler Bleyendaal is a serious doubt for the play-off semi-final against Ospreys in 12 days.

Ulster 17 Leinster 13:&nbsp;Thankfully it wasn&rsquo;t all about the game itself on a bright summer&rsquo;s day at the Kingspan Stadium on Saturday. At least two stand-out moments came from the two Ulster players who were bidding farewell to a venue they had graced on numerous occasions.

Leinster were denied top spot in the Guinness PRO12 after suffering their first league defeat since December at Irish rivals Ulster.

The final round of Pro 12 games brought plenty of drama today.

Ruan Pienaar sadness as he prepares to say farewell to Ulster

World Cup winner Ruan Pienaar will get to say his farewells in front of a full house at the Kingspan Stadium this evening when Ulster take on top dogs Leinster in a Guinness PRO12 dead rubber derby.

There will be no-one moaning in Leinster if Isa Nacewa lifts the Guinness Pro12 trophy at Aviva Stadium on May 27 but the lack of players from the province making the league&rsquo;s Dream Team this season has ruffled some blue feathers.

Les Kiss accepts pressure on at Ulster next year

Ulster director of rugby Les Kiss accepts he will be under massive scrutiny next season.

Ruan Pienaar will be available for his Ulster swansong this Saturday afternoon when the province bring the curtain down on a very disappointing Guinness PRO12 season by welcoming Leinster to the Kingspan Stadium.

It won&rsquo;t be just the Ulster fans and players who will miss Ruan Pienaar when the Springbok leaves Ulster this summer, believes Leinster&nbsp;scrum-half&nbsp;Luke McGrath.

Ospreys end run of defeats with victory over Ulster

The Ospreys ended a run of four straight defeats to put themselves in a good position to reach the Guinness PRO12 semi-finals at the expense of fellow play-off contenders Ulster.

Munster Director of Rugby Rassie Erasmus once again rings the changes for this afternoon&rsquo;s Guinness PRO12 encounter with Ulster at Thomond Park.&nbsp;

Ulster have the luxury of rolling out some serious power for the Guinness Pro12 visit of Treviso this evening (kick-off 7.35pm).

Ulster recorded their third consecutive bonus-point Guinness PRO12 win as they overcame a battling Zebre side 40-17 at the Stadio Sergio Lanfranchi in Parma.

Ulster 37 - Glasgow Warriors 17:&nbsp;Big Jacob Stockdale is delivering on the potential shown during last summer&rsquo;s Junior World Cup when he produced another scintillating performance as Ulster picked off a bonus-try victory over a weakened Glasgow side at the Kingspan Stadium.

Munster Director of Rugby Rassie Erasmus stressed this week that he will only sign overseas players when it is absolutely necessary to do so.&nbsp;

Ulster will closely monitor the fitness of their key player Charles Piutau ahead of Saturday&rsquo;s Guinness PRO12 clash with Glasgow at the Kingspan Stadium.

John McKee favourite to come in for Pat Lam

Fiji coach John McKee has emerged as a contender to succeed Pat Lam as Connacht coach.