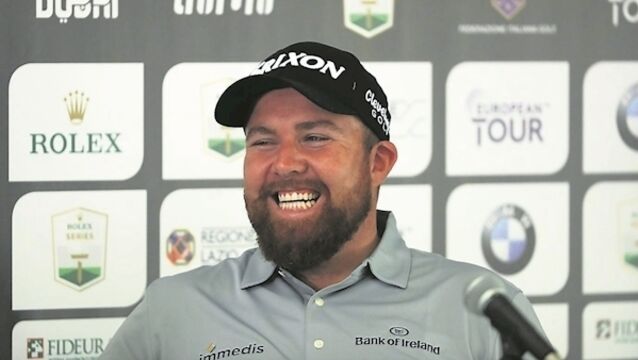 ‘Daddy daycare’ Shane Lowry back on course at the Italian Open

Open champion Shane Lowry has switched his focus from parental responsibilities to trying to reclaim top spot in the Race to Dubai at the Italian Open. 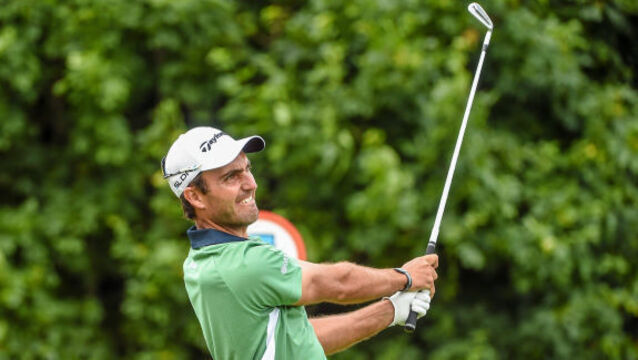 Molinari happy to miss out on holiday

Edoardo Molinari will gladly swap a holiday on the beaches of Portofino for a week in Portrush if it means competing alongside younger brother Francesco as he defends his Open title. 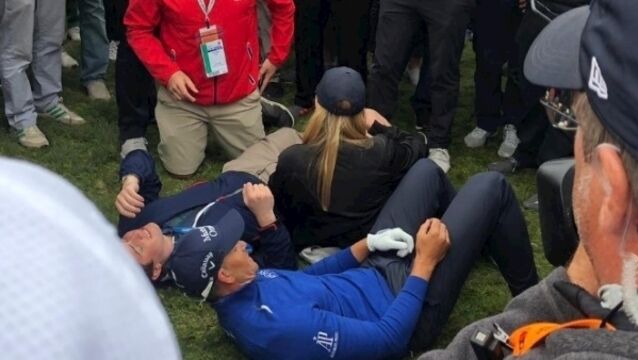 Henrik Stenson figured the least he could do after hitting a fan at the U.S. Open with an errant 8-iron was to pose for a selfie.

Thomas Bjorn faces the first tough decision of his Ryder Cup captaincy as he prepares to name his four wild cards for the contest with the United States.

Rory McIlroy pleased to make another 69 despite more conservative play

Rory McIlroy has moved towards the top of The Open leaderboard as conditions worsened at Carnoustie for the second round of this third major championship of the year.

Sergio: I make 13 without missing a shot

Defending champion Sergio Garcia got into some hot water giving new meaning to the old cliche that you can&rsquo;t win the tournament on Thursday, but you sure can lose it.

Entering the first round yesterday, Tiger Woods held an all important psychological advantage over most of his rivals.

There is one thing we, as Irish people, love more than the phrase ‘there's one for everyone in the audience’ and that’s a good jive.

Rory McIlroy: Focus on Tiger Woods can put me under Augusta radar

Rory McIlroy hopes Tiger Woods&rsquo; return to competitive golf will help him duck some of the scrutiny when he heads to Augusta in April in search of his first Masters win.

Rory McIlroy will pursue a first win since September 2016 with a "spring in his step" after exceeding expectations on his return to action.

Corofin edge battle of the giants

Corofin (Galway) 2-13 Castlebar Mitchels (Mayo) 1-12 (AET): These Corofin lads have a tendency to make life needlessly difficult for themselves. Rarely, though, do they fail to get the job done.

Premier League spending in the current transfer window is already at an all-time record level, with a week remaining.

Seamus Power, Shane Lowry, and P&aacute;draig Harrington all made solid starts at the Wyndham Championship yesterday in their quest to secure their PGA Tour cards for next season.

Graeme McDowell and Shane Lowry are among the players needing a good performance in the Wyndham Championship to qualify for the FedEx Cup play-offs.

South Africa's Branden Grace carded the first 62 in men's major championship history as Jordan Spieth took a step closer to his own place in the record books at Royal Birkdale.

Open champion Henrik Stenson admits it was a bittersweet moment when he returned the Claret Jug&nbsp;yesterday,&nbsp;but is eagerly looking forward to the next chapter in his career.

Rory McIlroy has been paired alongside Charl Schwartzel and world number one Dustin Johnson for the first two days of the Open Championship.

McBride bows out in last eight after spirited display

Paul McBride&rsquo;s hopes of Amateur Championship glory were dashed yesterday with defeat by two holes at the hands of Englishman Harry Ellis in their quarter-final on the Kent coast.

Lowry slips as Jamieson battles back for share of lead

Scott Jamieson recovered from a nightmare start to his second round to claim a share of the halfway lead in the BMW PGA Championship, an event he labelled the &ldquo;pinnacle&rdquo; of his season.

Ernie Els believes he got two major decisions right after calling a penalty on himself in the first round of the BMW PGA Championship.

Ryder Cup team-mates Justin Rose and Henrik Stenson found themselves six shots off the lead after the first round of the Zurich Classic of New Orleans - the first official team event on the PGA Tour since 1981.

They may be old men now, but the competitive spirit remains strong in both Jack Nicklaus and Gary Player.

England's Matt Fitzpatrick claimed a share of the lead in the Arnold Palmer Invitational as pre-tournament favourites Rory McIlroy and Henrik Stenson struggled to make an impression.

England's Matt Fitzpatrick claimed a share of the lead in the Arnold Palmer Invitational as pre-tournament favourites Rory McIlroy and Henrik Stenson struggled to make an impression.

Rory McIlroy has indicated he can&rsquo;t easily forgive Muirfield members despite their belated vote to admit women members for the first time in the 273-year history of the course this week.

Sergio Garcia back in world top ten after desert joy

Spain&rsquo;s Sergio Garcia moved back into the top 10 in the world after leading from start to finish to claim his 12th European Tour title, and first for three years, in the Omega Dubai Desert Classic.

Spain's Sergio Garcia led from start to finish to claim his 12th European Tour title, and first for three years, in impressive fashion in the Omega Dubai Desert Classic.

Sergio Garcia leads after second round in Dubai

Sergio Garcia holds a three-shot lead after the second round of the Omega Dubai Desert Classic was completed this morning.

European No. 1 Henrik Stenson believes he can win more major titles after starting his 2017 campaign with a stunning opening round in the Abu Dhabi HSBC Championship.

Rory McIlroy: I’m still in with a shout

World number two Rory McIlroy got exactly what he wanted to keep his hopes of a successful title defence alive in the DP World Tour Championship in Dubai.

Henrik Stenson: This one would top the lot

Open champion Henrik Stenson believes it will be one of the best achievements of his career if he can finish a memorable season as European number one for the second time.

Eyes down as Henrik Stenson aims to be European No.1

Henrik Stenson can seal a second Race to Dubai title with victory in the Nedbank Golf Challenge in Sun City this week as an off-form Danny Willett tries to &ldquo;find some game&rdquo; at Sun City.

Race to Dubai title out of Rory McIlroy’s hands

Rory McIlroy admits a third consecutive Race to Dubai title is now out of his hands after his withdrawal from the Turkish Airlines Open.

Rory McIlroy believes he needs at least one win from his next three events to become only the second man after Henrik Stenson to win the FedEx Cup and Race to Dubai in the same season.

McIlroy targets at least one win from next three tournaments

Rory McIlroy believes he needs at least one win from his next three events to become only the second man after Henrik Stenson to win the FedEx Cup and Race to Dubai in the same season.

If you were only interested in the final outcome of the Ryder Cup, then this one was pretty much decided as early as last Friday morning once Europe lost the opening series of foursomes to the USA 4-0.

The United States lead Europe 6 1/2 to 5 1/2 after the morning foursomes on day two of the Ryder Cup.

European captain Darren Clarke turned to Plan B as day two of the 41st Ryder Cup got off to an electrifying start at Hazeltine.

Would Danny Willett have done a better job?

Such is the enormity of the occasion that for a number of weeks now Darren Clarke would have been silently praying he would only have to play two rookies in the opening foursomes series of matches in the 41st Ryder Cup.

Rory McIlroy slammed home an eagle putt to secure victory and ensure Europe will be back in the game at this Ryder Cup when play resumes on Saturday after to limit the damage caused by an early foursomes session wipe-out.

Big guns will get Ryder Cup action under way

Ryder Cup captains Darren Clarke and Davis Love have backed their two top partnerships to get their sides off to a good start at Hazeltine National on Friday.

It is a format that is simple in essence yet hard to get right. So how come the Europeans were so much better than the Americans at foursomes golf in the last Ryder Cup at Gleneagles?

Darren Clarke may have his work cut out to limit the damage caused by Danny Willett&rsquo;s brother but the European captain was working hard to do just that last night.

Justin Rose gold put aside to focus on Euro role

Symbols of individual success will be conspicuous by their absence from Europe&rsquo;s Ryder Cup team room in pursuit of another triumph at Hazeltine.