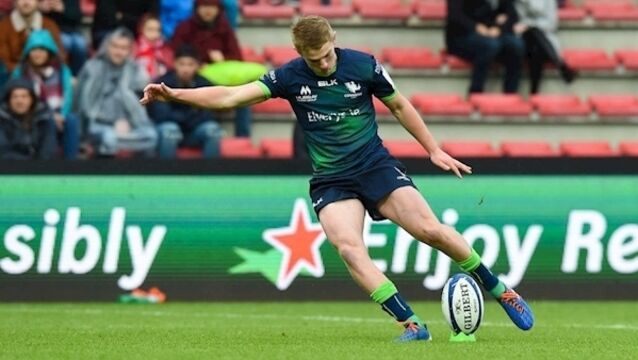 It’s amazing how quickly something can turn for a player and when Conor Fitzgerald was let go from the Munster academy 18 months ago the last thing on his mind would have been lighting up the home of Toulouse with an awesome display in the Heineken Champions Cup. 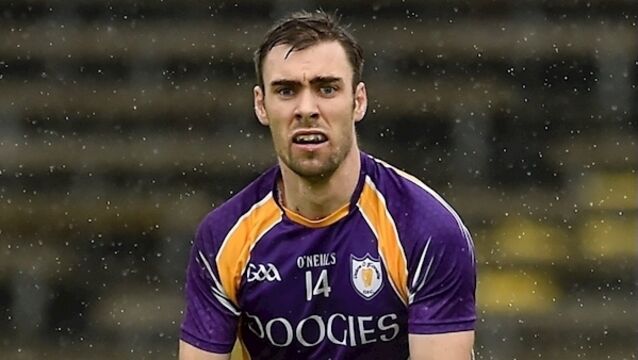 'The feeling is better than any championship final': Derrygonnelly seal shock win in penalty shootout

Derrygonnelly twice came back from the dead and then won a dramatic penalty shootout against Trillick, Tyrone star Lee Brennan the unlucky one to miss as the Fermanagh champions set up an Ulster club SFC semi-final against Kilcoo in two weeks time. 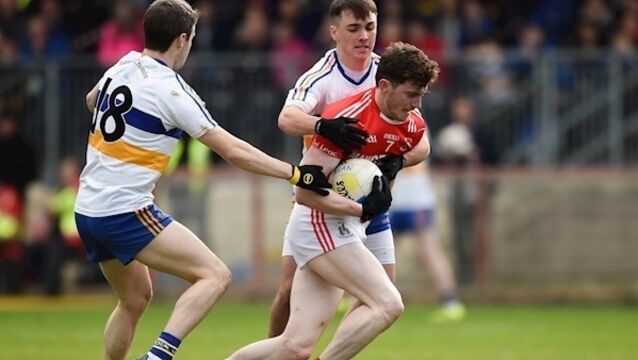 Here&rsquo;s the lowdown on four big games across Europe...

Vern Cotter hopes to nullify France&rsquo;s muscular threat after recalling Alex Dunbar and Josh Strauss (below) to his Scotland line-up.

Scotland 9 England 15:&nbsp;Eddie Jones has urged England to build momentum behind their RBS 6 Nations quest by giving Italy a &ldquo;good hiding&rdquo; in Rome.

Since the demise of the senior interprovincial tournament, its junior counterpart has taken on ever-increasing relevance and it again comes to Cork this weekend.

Cotter defends decision to give call to New Zealand-born Blake

Watson is ready for Boks

Stuart Lancaster has no qualms about picking Anthony Watson on the right wing for tomorrow&rsquo;s QBE International against South Africa and believes he is ready for his first Test start.

Scotland head coach Scott Johnson admits not even a victory over Italy this afternoon will cure the Dark Blues’ problems.

Scotland head coach Scott Johnson has made four changes to his side for Sunday’s opening RBS 6 Nations match with Ireland.

The teams for Australia versus British and Irish Lions have been decided.

Only bench places up for grabs

Sexton and Lions lay down a marker

Job done for the Lions in Hong Kong

O’Connell to captain the Lions

Ireland lock Paul O’Connell will captain the British and Irish Lions in Saturday’s tour opener against the Barbarians at Hong Kong Stadium.

Schmidt sees something to get teeth into at Sale

The sight of Glasgow’s players doing a lap of honour in the wake of defeat in Saturday’s RaboDirect PRO12 play-off captured perfectly the fact this was a game where they had everything to gain and Leinster everything to lose.

Already a game that was struggling to escape the shadow of next week’s Heineken Cup final, tonight’s RaboDirect PRO12 play-off has been relegated to the margins yet again by yesterday’s injury news concerning Brian O’Driscoll and Rob Kearney.

Connacht signed off with a best place finish in this season’s RaboDirect Pro12 League but Eric Elwood won’t be happy with this performance.

Foley: Munster have room to improve

It wasn’t perfect, but Munster’s overall display at Musgrave Park on Saturday was a whole lot better than the previous two weeks and good enough to reward them with four RaboDirect Pro12 points to keep them on course for a semi-final spot.

Munster may turn to All Black legend Tana Umaga to provide the missing link in a new coaching management team with former skipper Anthony Foley.

Andy Robinson started a period of introspection over his future as after Scotland collected the Six Nations wooden spoon.

Tom Croft has revealed how a radical shift in the attitude of the England squad since the World Cup debacle has helped take his game to new heights.

De Luca back for Scotland

Centre Nick De Luca has been restored to the starting line-up in Scotland's only change for Saturday's RBS 6 Nations wooden spoon decider with Italy.

France flanker Imanol Harinordoquy anticipates Scotland will provide a much sterner test for the Rugby World Cup finalists than many observers are anticipating in tomorrow’s RBS 6 Nations clash at Murrayfield.

Wales captain Sam Warburton admits it is time his RBS 6 Nations title contenders avoided any further outbreaks of the yellow peril that threatened to lay them low in Dublin last weekend.

Scotland have made two enforced changes for Sunday’s RBS 6 Nations clash with Wales in Cardiff, with Greig Laidlaw set to make his first Test start.

Stuart Lancaster confirmed he has applied for the full-time England coach’s job after joining his players in shedding blood in a physical Calcutta Cup win over Scotland on Saturday.

Andy Robinson is sick of coming up with excuses.

Andy Robinson has told his Scotland players to do their talking on the pitch in Saturday’s RBS 6 Nations opener with champions England at Murrayfield.

ISAAC BOSS came off the bench to clinch Leinster’s place in the Heineken Cup last eight and leave them in the comfortable position of playing Montpellier at the RDS next week with only their seeding in the final stages at stake.

Marshall looks to lay down marker

PAUL MARSHALL is looking forward to what could be his last start for Ulster in the RaboDirect Pro 12 League for quite a while.

Robinson rings the changes for Scotland

Scotland head coach Andy Robinson has made six changes and one positional switch for Saturday’s must-win World Cup Pool B clash with England.