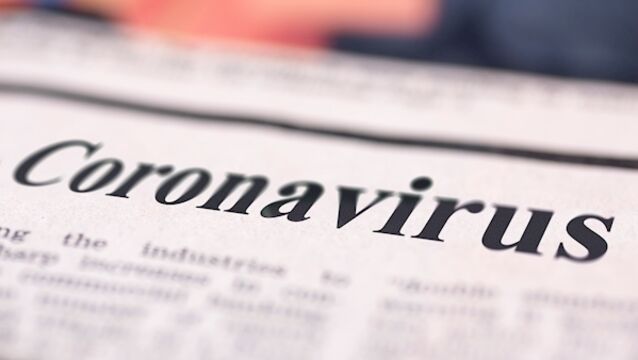 Around 60 workers have refused to start their shifts at a food processing plant in Co Tyrone over safety concerns around coronavirus. 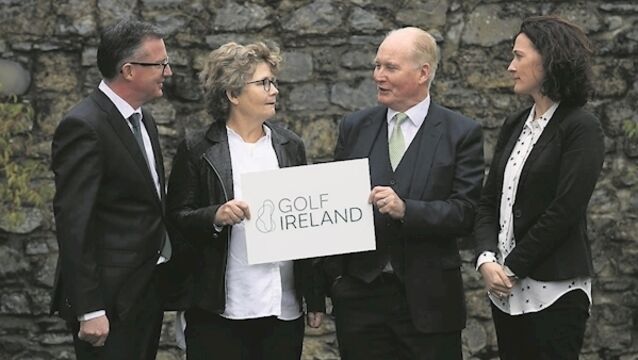 In March 2019, the historic decision to form Golf Ireland was completed. 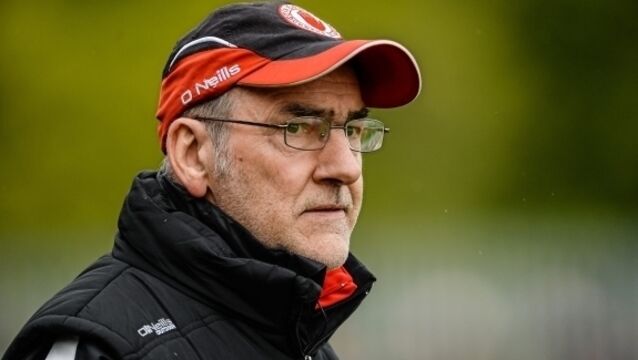 Tyrone's Healy Park set to close for a year

Tyrone will play no All-Ireland Qualifier or Super 8 games in Healy Park this summer due to major remedial works.

Home comforts for Darren Clarke as he lights up Royal Portrush

War is over and healing and reconciliation is now needed: Gerry Adams at funeral of former IRA chief

The duty of Irish republicans is to 'complete' the journey towards a new Ireland and a referendum on Irish unity, according to former Sinn Féin president Gerry Adams.

Tax payer to pay €350,000 on tailored uniforms for Leinster House and Áras staff

The tax-payer is set to splurge just over €350,000 on new bespoke, tailored uniforms for staff at Leinster House and Áras an Uachtaráin.

A retired Irish aid worker has been killed in a road collision in Guatemala.

Police investigating the deaths of three teenagers in a crush outside a disco have done a good job, a senior officer has said.

The PSNI say the 40-year-old man, who was arrested on suspicion of manslaughter, has been released pending further inquiries.

Fond tributes have been paid to the victims of a St Patrick's Day party crush as their school friends gathered for a day of funerals.

Teenagers who died at Tyrone disco to be buried today

Three teenagers lost their lives as a result of the incident outside the Greenvale Hotel in Cookstown on Sunday.

Two men, one aged 52 and the second in his 40s, are still being questioned by police in the North after three teenagers died outside a St.Patrick's night disco in Co. Tyrone.

So that’s Monday nearly wrapped up. Here’s some of the stories we published on irishexaminer.com today which we hope will help you make sense of it all this evening.

No action will be taken against any Edendork player as a result of the incident.

Visitor accommodation is at a premium as a West Cork town gears up for the arrival of some 1,500 musicians and hundreds more friends, guests and fans of the popular South of Ireland Band Championships.

An ex-republican paramilitary, wanted for a murder in Co Tyrone almost 20 years ago, has lost his latest legal challenge to being extradited North.

The PSNI think four men tried to murder an elderly woman found critically injured in her garden in County Tyrone.

But, the changing of the guard is coming and Mary Lou McDonald is the clear favourite to take over the role as Sinn Féin leader.

So, what is the secret of longevity? writes Clodagh Finn.&nbsp;

The police's failure to conduct an overarching examination of state collusion with a notorious loyalist murder gang in Northern Ireland was inconsistent with its human rights obligations, a judge has found.

Police in the North have arrested five men following a search and arrest operation.

Killester star Jermaine Turner plays his final game in Ireland against DCU Saints tomorrow. Turner, 42, has played here for the past 17 years but returns to the US in April to take up a position at Pittsburgh University.

A senior Democratic Unionist has revealed that four family members run boilers under the controversial green energy scheme at the centre of Stormont's powersharing crisis.

Crowdfunding pages have been established to help families whose homes were burned by an Eleventh Night bonfire in Belfast.

A row of terraced houses caught fire close to one of the huge loyalist bonfires lit in the North to usher in the main date of the Orange Order's parading season.

Drugs mule Melissa Reid is to be released from jail in Peru after authorities agreed to expel her from the country.

A woman walking her dog has been sexually assaulted in a Co Tyrone park, police in the North have said.

SDLP promises mandatory jail terms for attacks on the elderly

People who attack the elderly will serve a mandatory prison sentence under an SDLP government in the North, leader Colum Eastwood has pledged.

Cheltenham Day 2: Irish make the headlines on and off the course

From worst behaved to best dressed &mdash; you get all sorts flocking to Cheltenham.

The Quadix Trooper 800 is a new utility task vehicle marketed throughout the island of Ireland by sole distributors Wolfhound Vehicles based near Dungannon, Co Tyrone.

A shake-up of the Irish meat processing sector continues, with the proposed sale of Dunbia in Northern Ireland following the ABP Food Group and Linden Food Group announcement of their intention to enter a 50:50 joint venture with Slaney Foods.

A Tyrone granny who was charged with &ldquo;dishonestly&rdquo; claiming State benefit while she had almost &pound;470,000 in a joint bank account with two others was found not guilty in court yesterday.

The anguished family of a teenager kidnapped and killed by the IRA yesterday have made a fresh appeal for information on the eve of the 40th anniversary of his disappearance.

The shape of modern Ireland could have been very different if &Eacute;amon de Valera had not been pipped in his little-known application for a maths professorship at University College Cork three years before the Easter Rising.

Immediate safety audits at five schools are to be carried out by the Department of Education following revelations earlier this week that a &ldquo;similarly built&rdquo; school developed by the same firm was discovered to be a serious fire safety hazard.

The company that built a 200-child primary school in 2008 &mdash; found, by accident, six years later to have serious fire safety concerns &mdash; has constructed at least 25 other schools for the State, including two since the issues emerged.

The builders behind a 200-child primary school, found six years after it opened to have serious fire safety problems which could have seen it collapse during a blaze within 20 minutes, is still tendering and winning Government contracts.

Fire safety controversies have blighted apartment blocks and now a school,&nbsp;prompting Fiachra &Oacute; Cionnaith to ask where go from here

Pupils at firetrap school for 6 years

More than 200 primary students were attending a school for six years before it was discovered it was a serious fire hazard, the Irish Examiner has learned.

Hungarians hoping to get jobs in an apple-processing factory in Ireland were duped by a fellow national living in Cork into paying &euro;156 each on the pretext that this would cover their flights and accommodation to come over to be interviewed.

A 73-year-old former soldier has appeared in court in Northern Ireland charged with the attempted murder of a man with learning difficulties over 40 years ago.

A Kerry man who is serving a life sentence for murder in a prison in the North will find out tomorrow if he is successful in his attempt to overturn the conviction on grounds he was denied a fair trial.

Drug mule Michaela McCollum could serve a shorter jail sentence if repatriated to Northern Ireland, it has been revealed.

Closure of a long-running inquest into the controversial killing of a North’s pensioner has been held up by at least two weeks.

The repatriation of Tyrone-born drugs mule Michaella McCollum to the North from Peru has been approved by Stormont&rsquo;s justice minister.

A murder suspect seeking bail while he fights his extradition to Northern Ireland has compared his continued detention in an Irish prison to internment.