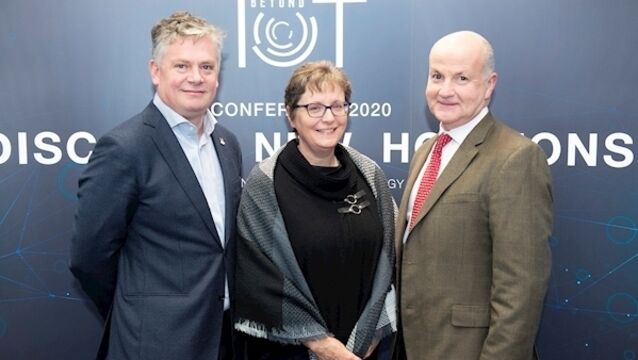 Nimbus ‘Beyond IoT’ conference to expand to China and the US

The Beyond IoT conference, that began in Cork two years ago, is to expand to China and the US. 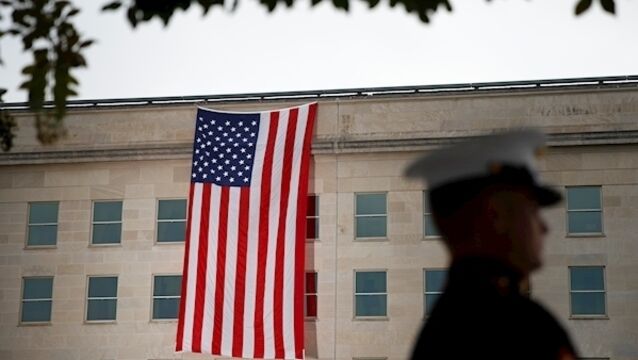 It has been 18 years since al Qaida hijackers commandeered four US commercial airliners and crashed them into the World Trade Centre, the Pentagon and a field in Shanksville, Pennsylvania. 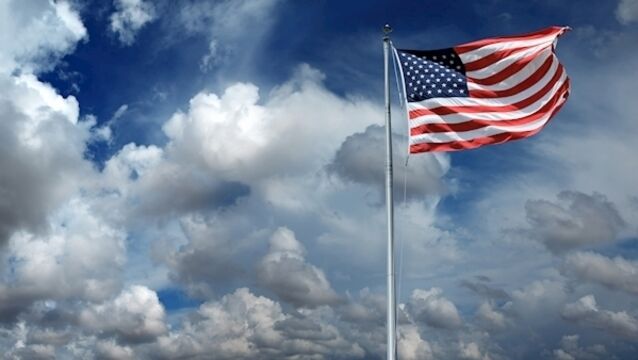 It was the first major attack in the Afghan capital since President Donald Trump abruptly called off US-Taliban talks on the brink of an apparent deal to end America’s longest war.

Time has come for fresh thinking on ‘populism’

Russia is a step ahead of the US in international influence

The CIA's release of documents seized during the 2011 raid that killed al Qaida leader Osama bin Laden has again raised questions about Iran's support of the extremist network leading up to the September 11 terror attacks.

Rex Tillerson ducks question on whether he branded Trump 'a moron'

The strained relationship between President Donald Trump and US secretary of state Rex Tillerson came under renewed focus on today.

US Secretary of State Rex Tillerson has held a press conference at the White House to say that he has never considered stepping down from the job.

Puerto Rican officials could not reach more than half their towns amid a push to evacuate tens of thousands of people over a failing dam as the disaster wrought by Hurricane Maria becomes clear.

US planning 'different response' rather than shooting down North Korea missiles

The US has seen no need to shoot down North Korean missiles test-fired in Japan's direction, but a future missile launch that threatens American or Japanese territory will "elicit a different response from us", defence secretary Jim Mattis has said.

President Donald Trump, leading his first commemoration of the 9/11 anniversary, has said "the living, breathing soul of America wept with grief" for each of the nearly 3,000 lives that were lost on that day 16 years ago.

The remains of a man killed at the World Trade Centre on September 11 have been identified nearly 16 years after the terror attacks.

Restored in part to its magnificent splendour, a number of public rooms in Killarney House, Co Kerry, were officially opened yesterday after a &euro;10m makeover to the property and grounds.

It is taking two ministers today to open a mansion saved from ruin.

Donald Trump is proposing immediate budget cuts of $18bn (€16.5bn) from programmes like medical research, infrastructure and community grants so US taxpayers, not Mexico, can cover the down-payment on the border wall.

US says Chinese warship stole Navy underwater drone; Captain 'would like it back'

A Chinese warship seized a US Navy unmanned underwater vehicle that was collecting unclassified scientific data in the South China Sea, the Pentagon has said.

In the era of Trump, Central Intelligence searches for purpose

There is a long history of the CIA briefing presidents-elect on foreign policy. Donald Trump has rebuffed the agency&rsquo;s advice. Tim Weiner asks why

The consequences of decisions made in the wake of the attacks on the World Trade Center show how over-reaction needs to be avoided, writes Peter Apps

World at war with itself over issues of meaning

The Pope says the world is at war, and that this is not a war of religions but of interests, money, and resources. That said, a religious element cannot be denied, writes TP O&rsquo;Mahony&nbsp;

Could ISIS strike at the home of the White House?

Officials in Washington know their hometown is a target for terrorists. But, despite the huge resources ploughed into preventing attacks, there are still issues with the city&rsquo;s defences, writes Jeff Stein

US to deploy extra troops in eastern Europe

The United States is to deploy an armoured brigade combat team to eastern Europe next February as part of ongoing efforts to reassure allies over threats from an increasingly aggressive Russia.

Europe flies the flag of unity in name only

While the bombings in Paris and Brussels are being seen as an attack on Europe as a whole, forging a collective EU response to global terrorism will be very difficult, writes Lucian Kim

Rob Billot: The lawyer who became a thorn in the side of DuPont and chemical pollution

First the cattle got sick. Then workers at the plant. And then the&nbsp;people of the town... But it is taking years of fighting by one lawyer&nbsp;to hold DuPont accountable for exposing thousands of residents to&nbsp;a chemical its scientists knew to be toxic, writes Nathaniel Rich

A pre-trial hearing for five Guantanamo Bay 9/11 suspects stalled yesterday when one of them asked how to represent himself in the death penalty case.

“One of the sweetest we’ve ever won”

Nabokov tells us there is no science without fancy, nor art without facts. Can we apply that to yesterday in Croke Park?

A British computer hacker accused of being a prominent member of the so-called Islamic State (IS) terror group has been killed in a US drone strike in Syria.

Sixty years ago today, if Swede Hans Jeppson wanted to toast the appearance of his name in the first Guinness Book of Records using the most expensive bottle of wine commercially available, he would have had to spend a staggering &pound;8 on a 1949 Feinste Trockenbeeren Auslese, a white wine from the Rhine Valley.

Fighting back against religious extremism

The theology that leads to violence in the three main monotheistic faiths must be addressed if the continuation of the terror afflicting the world is to be tackled, writes TP O&rsquo;Mahony

The White House is in the final stage of drafting a plan for closing the Guantanamo prison for foreign terrorism suspects, racing against time to resolve one of President Barack Obama&rsquo;s most intractable problems.

US officials are investigating after the Pentagon mistakenly shipped live anthrax spores to government and commercial laboratories in as many as nine states, as well as one overseas.

US official: Iraq forces lack will to fight

Book review: Before, During, After

RICHARD BAUSCH&rsquo;s last novel, Peace, was a major critical success, and years ago novelist Richard Ford championed him by writing the introduction to Bausch&rsquo;s terrific book of short stories, Aren&rsquo;t You Happy For Me?

Outgoing US defence secretary Chuck Hagel has said he is worried about a potential division within Nato as countries in the north want to focus on the growing threat from Russia, while other alliance members in the south are more worried about the influx of foreign fighters from northern Africa.

UK and US to team up for 'cyber cells'

Six prisoners from Guantanamo Bay have been transferred to Uruguay, the US government has revealed.

US defence chief 'set to quit'

The retired Navy SEAL who says he shot al-Qaida mastermind Osama bin Laden in the forehead has publicly identified himself amid a debate among the special operations community about breaking silence about their secret missions.

Video game wars are still hell for the victims

A sanitised presentation of conflict on TV screens, and the use of unmanned drones to carry out attacks, leaves many people unaware of the full horror of war, writes Dan Buckley

The annual September 11 commemoration ceremony in the US has started with the tolling of a bell and a moment of silence.

Obama: US to expand is airstrikes

President Barack Obama has moved to deepen the US military role in the volatile Middle East, vowing to wage an unrelenting counter-terrorism effort that will rely on air strikes to target Islamic State (IS) fighters in both Iraq and Syria.

Rocks from Mayo, accounted for in the chaos following 9/11, lie at the core of a Famine memorial in New York, just a stone&rsquo;s throw from Ground Zero, says Bette Browne.

Relatives said goodbye yesterday to the 18-year-old unarmed black man who was shot and killed by a police officer, remembering him as a "gentle soul" with a deep and growing faith in Christianity and ambitions that one day "the world would know his name".

Protesters marched peacefully as calm prevailed for a fourth day in the US suburb where an unarmed black 18-year-old was shot by a white policeman, sparking more than a week of unrest.