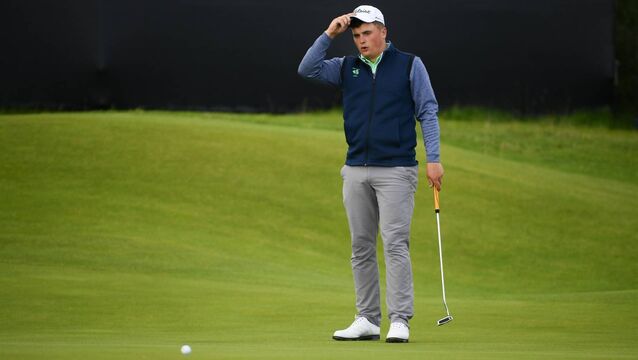 The latest setback marks the third time this year that the Corkman has missed a chance to play in a professional event in the United States due to the coronavirus pandemic. 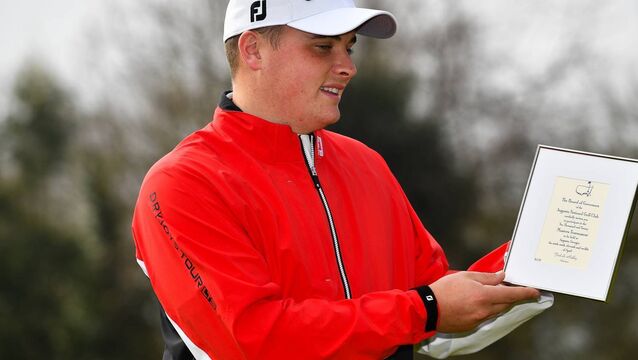 A night in the famous Crow’s Nest at Augusta National will have to wait until November for James Sugrue but when the opportunity arrives for the Irish amateur, his coach believes he will be good and ready for his moment among the pines and azaleas. 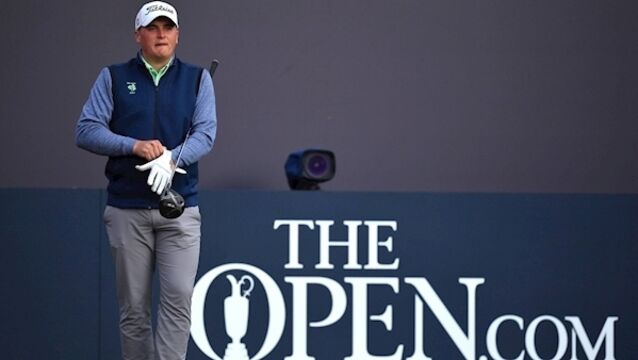 James Sugrue: 'I don’t want to start off playing muck and put myself under pressure'

THE professional game beckons for James Sugrue after a stellar 2019, but the Mallow golfer will not rush into the paying ranks on anything but his own terms.

In the days leading up to the 116th US Open, sightings of Phil Mickelson and Dustin Johnson around Oakmont Country Club were in short supply. The left-hander had reportedly flown back home to California for a daughter&rsquo;s graduation from middle school, while Johnson played his practice rounds late in the day and with very little fanfare.

CHARL SCHWARTZEL emerged triumphant at the Masters last night at the end of a thrilling final day at Augusta National that saw Rory McIlroy's hopes of a fabled Green Jacket disappear in heartbreaking fashion.

Diamond in rough for struggling Jaidee

Thongchai Jaidee gave early-arriving fans a treat with the first hole in one of the week as the third round of the 110th US Open got under way in California on Saturday.

McIlroy has all the answers

RORY McILROY scored full marks on two counts in carding a four under par 68 on a sand-whipped opening day defence of his Omega Dubai Desert Classic title and then his knowledge of Corey Pavin’s USA Ryder Cup vice-captains.

PÁDRAIG HARRINGTON wasn’t punching holes in any walls or smashing any clubs – not even the offending six iron he used to rack up that horrific eight on the shortest par three at Hazeltine National.

World number five Geoff Ogilvy is hoping to again fly under the radar at next week’s US Open at Bethpage Black in New York.

Phil Mickelson has the chance to fulfil a childhood ambition by claiming the elusive US Open title in his own back yard at Torrey Pines.

Paul McGinley today hailed Padraig Harrington’s Open victory as vital in breaking down the barriers to more European success in the majors.

Phil Mickelson was today back up to second in the world rankings just in time for the British Open Championship – but not quite in the manner he wanted.

US golfer Tiger Woods' new-born daughter Sam Alexis has appeared in front of the cameras for the first time.

A red-hot short game fired Nick Dougherty to the top of the leaderboard in the first round of the US Open at Oakmont.

Harrington hoping for US Open glory

Padraig Harrington hopes his win in the Irish Open will be the springboard to a first major victory at the US Open.

Phil Mickelson will make his return to golf this week at the Bob Hope Chrysler Classic in California.

Harrington waiting for Order of Merit win to sink in

Even when he had kissed his wife, hugged his son and been congratulated all round Padraig Harrington still wanted the evidence on a piece of paper in front of him.

Monty: I can still win Order of Merit

Colin Montgomerie insists he has not given up hope of retaining his Order of Merit crown – and even eventually winning an amazing 10th title.

Clarke welcomed back with open arms

Monty wins Shot of the Month

Colin Montgomerie’s final drive at the US Open has been voted RBS Shot of the Month for June.

A month after missing his first cut in 38 majors as a professional, Tiger Woods was back where he belongs in the British Open championship at Hoylake.

Colin Montgomerie insists he can still win a major and heads to next month’s Open full of confidence despite his last-hole collapse in the United States on Sunday.

Heartbreak all round as Ogilvy holds his nerve

Australia’s Geoff Ogilvy won his first major title after an extraordinary finish to the US Open at Winged Foot overnight.

Padraig Harrington and Graeme McDowell are two and three shots off the lead respectively at the US Open in Winged Foot.

Pádraig Harrington and Colin Montgomerie feel it is a just a matter of time before European golf is celebrating another major winner.

Tiger Woods missed his first halfway cut as a professional at a major championship as he bowed out of the US Open at Winged Foot.

Ferrie merry but Tiger not out of the woods

Tiger Woods was today heading for his first missed halfway cut in major championships as a professional in the US Open at Winged Foot.

Stricker in course for title shot

Steve Stricker is on course to follow in Michael Campbell’s footsteps in this week’s US Open at Winged Foot.

Tiger Woods began his second round in the US Open today looking to maintain another amazing career record.

Mickelson takes one step at a time

First there was Bobby Jones and the “Impregnable Quadrilateral” of 1930. Then came the “Tiger Slam” of 2000-01 when Woods held all four majors at the same time.

Michael Campbell is considered a 100/1 shot to retain his US Open title this week – and the New Zealander could not be more pleased.

Paul Casey’s last US Open ended with a round of 85 and accusations he pulled out of the event without giving a reason amid the worst slump of his career.

Donald in contention in the US

Three successive birdies around the turn left England’s Luke Donald only one shot off the lead at the final round of the Barclays Classic in windy New York.

Ian Poulter had no reason to regret putting pleasure before work after he moved into contention for the Barclays Classic in New York.

Denmark’s Thomas Bjorn believes the European Tour has a strong future despite an increasing number of players spending more time in the United States.

A month ago, Laura Davies’ career had reached an all-time low.

Inspired McDowell qualifies for US Open

US Open champion Michael Campbell today made an early exit from the Celtic Manor Wales Open, while the first 59 in European Tour history again proved elusive.

US Open champion Michael Campbell was facing an early exit from the Celtic Manor Wales Open today, while the first 59 in European Tour history was again a distinct possibility.

US Open blow for Broadhurst

England’s Paul Broadhurst and Swede Carl Pettersson have just missed out on earning exemptions into next month’s US Open – by 0.1 and 0.01pts respectively.

Paul Casey’s runner-up finish in the Nissan Irish Open has lifted him back into the world’s top 50 just a week before the cut-off point for next month’s US Open at Winged Foot.

Edfors puts himself in contention

Every Ryder Cup race throws up some unexpected names – but only a clairvoyant would have come up with that of Johan Edfors.

TIGER WOODS may not play again until the US Open in June as his father continues to battle cancer.

Tiger Woods may not play again until the US Open in June as his father continues to battle cancer.

Mickelson has slam in sights

PHIL MICKELSON’S face broke into a broad smile when he saw the draw for Sunday’s final round of the Masters.

Masters champion Phil Mickelson is doing what all good golfers do – taking it one shot at a time, one round at a time and one major at a time.

There will be no hiding place for Darren Clarke when the £5m (€7.3m) Players Championship starts in Florida on Thursday. He has been paired with Tiger Woods.