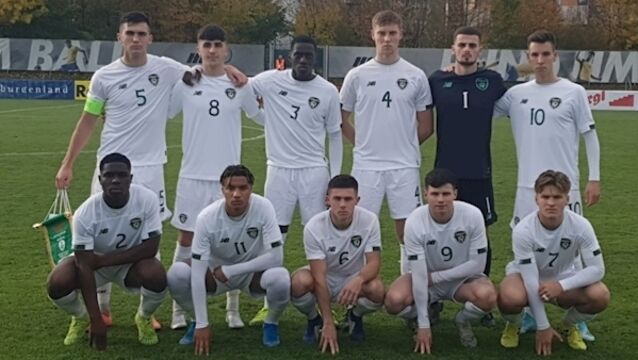 The Republic of Ireland have lost the opening game of their UEFA Under-19 European Championship qualifiers 2-1 to Switzerland in Salzburg. 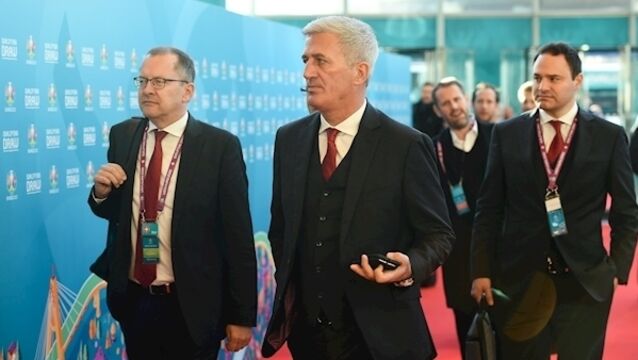 Late collapse against Danes shows visitors can be brittle

Of their 19 games since the start of 2018, Switzerland have lost five, tacked on by a penalty shoot-out loss to England in the Nations League finals last time out. 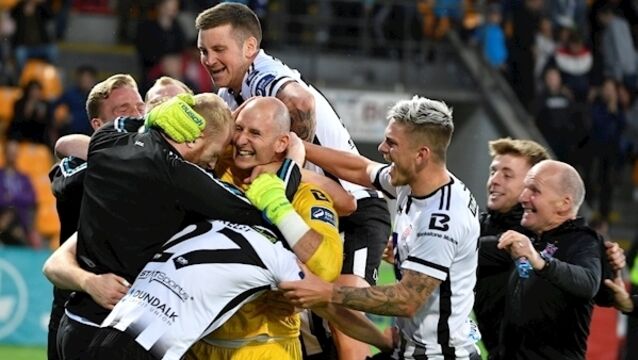 The draw has been made for the next stages of the Champions League qualifiers.

Manuel Pellegrini wants to get West Ham’s season back on course while at the same time doing his old club a favour.

Anfield all set for another famous rollercoaster night

Even at a club where there are many great European nights to choose from, this feels a bit special. Liverpool’s match against Napoli tonight, for a place in the Champions League knockout stages, has the potential to be one of those great occasions that will be talked about for years.

For journalist and professional footballers struggling to decide on who should be named the player of the season, tonight&rsquo;s Champions League quarter-final between Liverpool and Manchester City, Mo Salah against Kevin de Bruyne, looks like the perfect opportunity to bite the bullet and make a final choice.

What do I think of Jose? Where do you start?

Agree with him or not, our man inside the game would pay to listen to Mourinho.

Pep Guardiola will not rush Benjamin Mendy back for Manchester City, however keen the Frenchman is to play.

Pep Guardiola has been fined £20,000 for wearing a yellow ribbon on the touchline, the Football Association has announced.

Pep Guardiola admitted Manchester City were "really, really poor" as they slumped to their first home defeat in 15 months at the hands of Basel.

The fortunes of Manchester City and Chelsea have followed vaguely parallel paths for much of the last five decades, but on the evidence of this match at the Etihad, the two clubs are heading in different directions right now.

Raheem Sterling is an injury doubt for Manchester City for the Carabao Cup final against Arsenal on Sunday.

Leroy Sane could make a dramatic return to action when Manchester City resume their Champions League campaign in Basel tonight.

Pep Guardiola insists he will not complain about Manchester City&rsquo;s schedule as they continue to chase glory on four fronts.

If ever a manager was entitled to indulge in self-congratulation, it was Pep Guardiola after his Manchester City side went to Old Trafford, totally out-footballed their arch-rivals and nearest challengers, and came away with a 2-1 victory which was rather more emphatic than that narrow scoreline would suggest.

It may have taken him 17 games but Fernando Llorente is finally off the mark for Tottenham and beginning to look at home in north London.

Spurs stroll into Champions League knock-outs with win over Apoel

Fernando Llorente and Georges-Kevin Nkoudou scored their first goals for Tottenham as Spurs strolled into the Champions League last 16 by beating Apoel Nicosia.

Jose wary as he returns to scene of darkest hour

Manchester United were humbled at Watford last season &mdash; and Jose Mourinho is expecting an even tougher test at Vicarage Road this time around.

Monday Morning Quarterback: Watford fans should make the most of Silva while they have him

Silva could have his pick of clubs next summer

Liverpool manager Jurgen Klopp believes striker Daniel Sturridge needs to put aside any concerns he may have about his place in the side for the good of the club&rsquo;s season.

Jose Mourinho says Romelu Lukaku is "untouchable" and believes Manchester United fans should back him in the same way.

Romelu Lukaku is &ldquo;untouchable&rdquo; in Jose Mourinho&rsquo;s eyes &mdash; and the Manchester United manager believes fans should see the striker in the same way.

Mourinho says ending his career at Manchester United will be 'impossible'

Jose Mourinho believes it will be an "impossible mission" to end his managerial career at Manchester United.

Manchester United manager Jose Mourinho admits he faces a &ldquo;difficult situation&rdquo; in Moscow tonight as injuries to Marouane Fellaini and Michael Carrick have left him short in midfield.

Jose Mourinho has been as impressed by Anthony Martial&rsquo;s attitude as the Manchester United forward&rsquo;s upturn in performances.

Fellaini steps up for United as Basel roll over

Manchester United 3 FC Basel 0: Manchester United&rsquo;s long-awaited return to the Champions League proved a rather routine affair as they comfortably overcame Basel 3-0 at Old Trafford but an injury to Paul Pogba, on the day he was made captain, leaves them waiting nervously to see how long the talismanic midfielder will be out.

Manchester United back in ‘natural habitat’ of Champions League

Jose Mourinho admits that Manchester United remain adrift of the continent&rsquo;s elite ahead of his side&rsquo;s Champions League return.

Staying grounded on the roller coaster of opinion

Manchester United return to the Champions League fray tomorrow with their aura of invincibility ever so slightly dented.

Always try to start a column with a topical reference, they tell you at Hack School.&nbsp;

The station will broadcast every game and will also have a new preview and highlights show.

Theo Walcott&rsquo;s epiphany, 10 years after first arriving at the club and at the grand old age of 27, that he is a&nbsp;winger&nbsp;not a striker inspired Arsenal to a Champions League victory over Basel&nbsp;and, coming just three days after a fine victory over Chelsea, has raised levels of positivity at the Emirates to new levels.

New Gunners defender Shkodran Mustafi has hailed the workrate of Alexis Sanchez, after the Chilean rescued a draw for Arsenal in their Champions League opener.