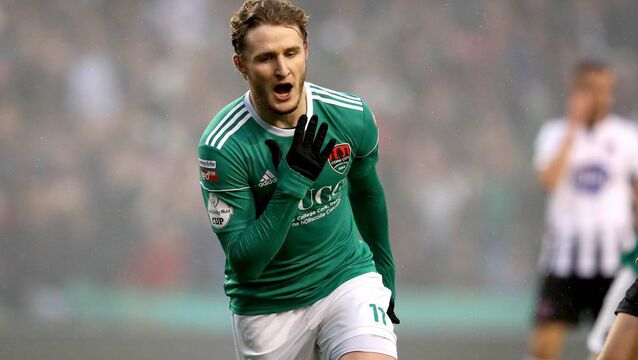 Kieran Sadlier is leaving Doncaster Rovers after turning down a new deal at the League One club. 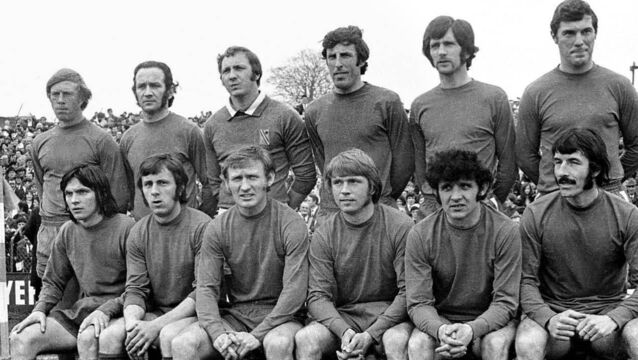 League of Ireland Legends: Alfie Hale - The man with the goal-den touch

In our League of Ireland Legends series, Alfie Hale reflects on the art of goal-scoring and recalls Waterford’s fabled back-from-the-dead title triumph at Flower Lodge in 1972. 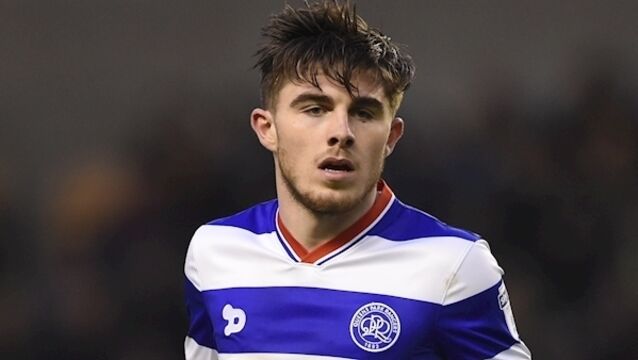 Seamus Coleman will miss out as he serves a two-game suspension but will be invited to join up with the squad in Dublin for the final Euro 2020 qualifier.

Boyle will officially join the League of Ireland Premier Division leaders on July 1, just in time for their Champions League qualifying campaign.

The former Dundalk player had been on loan at Dundee from Preston for the first half of this campaign.

Saturday was a landmark day for Adam O’Reilly as the 17-year-old from Mahon in Cork city made his Preston debut in the 1-1 draw against Aston Villa.

Kieran Sadlier has completed a move back to English football after last night competing a move to League One side Doncaster Rovers from Cork City.

Another one of Preston's Irish recruits set for loan spell

How the Irish fared: Pádraig Amond left with mixed emotions

This weekend&rsquo;s FA Cup action brought little in the way of Irish-related news but the sole Irish man on target produced a goal that very nearly resulted in one of the competition&rsquo;s biggest upset in years.

The last step is always the hardest. Just ask Chris Hughton. Two weeks ago he saw his Brighton side secure promotion to the Premier League after a 2-1 win over Wigan.&nbsp;

Scouting the next fairytale with Brian Carey

Spurs scout and former Cork City player Brian Carey dreams of unearthing the next Jamie Vardy, a player he admired at non-league level for his blistering pace, writes&nbsp;Liam Mackey.

All Saturday's team news for the FA Cup 3rd round

News on all today's games in the FA cup third round

An inquiry into Siteserv will justify Independent TD’s efforts

There&rsquo;s a limit to what a slightly OCD independent member of the Oireachtas can do on this, writes Alison O&rsquo; Connor

Today marks the 57th anniversary of the Munich Air Disaster. 23 people died in total that day, including eight journalists.

A football club has banned the whole of Hungary from posting on its Facebook page after being inundated by fans of their latest signing.

Former Republic of Ireland number one Shay Given has been put on alert to make his first Premier League appearance for two years when Aston Villa kick-off the season at Stoke City on August 16.

Louis Tomlinson is planning to charge fans £250 for a selfie with him.

One Direction singer Louis Tomlinson is to charge Doncaster Rovers fans £250 (€313) for a selfie with him in a bid to raise funds for the club.

Louis Tomlinson has completed his takeover of Doncaster Rovers.

A football club has expressed its sympathies to the family of an avid supporter who died after he was taken ill during a match which saw his team relegated from the Championship.

Coleman not going to United

Everton manager Roberto Martinez rubbished claims Seamus Coleman is on his way to Manchester United and quipped it must be another player with the same name who is featured in speculation about a move to Old Trafford.

The bankrupt co-star of the secretly recorded phone calls with Michael Lowry looks to be on the verge of leading a €9.5m takeover of Doncaster Rovers football club.

Louis Tomlinson has pulled out of a soccer match due to injury.

O’Brien ‘not part of bid for Doncaster’

Denis O’Brien has said he has nothing to do with the Irish consortium currently looking to take over Doncaster Rovers football club.

A private equity firm that recently secured rights to the infamous Lowry tapes from property scout Kevin Phelan has bizarrely emerged as the leading bidder to buy Doncaster Rovers.

For the second time in two years, disgraced former minister Michael Lowry is facing a legal battle with his key financial adviser.

Justice Minister Alan Shatter has confirmed that gardaí are examining a recorded conversation in which Michael Lowry contradicts evidence he supplied to the Moriarty Tribunal.

Michael Lowry is still refusing to answer questions about apparent contradictions to his evidence to the Moriarty Tribunal after pressure was raised on him by a junior minister.

DEAR Michael Lowry, On Sunday you circulated a statement explaining some of the background to a telephone call between yourself and Kevin Phelan.

The Moriarty Tribunal has said it cannot comment on what it will do with a large amount of new evidence received on the involvement of Michael Lowry in English property deals.

Confirmation from Independent TD Michael Lowry that he paid up to £250,000 (€285,000) to a land agent directly contradicts evidence he supplied to the Moriarty Tribunal.

‘I never put that through my books or my account’

THE significance of the newly published taped conversation involving Michael Lowry is that, in it, he flatly contradicts evidence he supplied to the Moriarty Tribunal.

Andrew Heffernan and eight unlicensed individuals will have to wait until next Friday to know their fate following a British Horseracing Authority disciplinary panel hearing over breaches of the rules of racing.