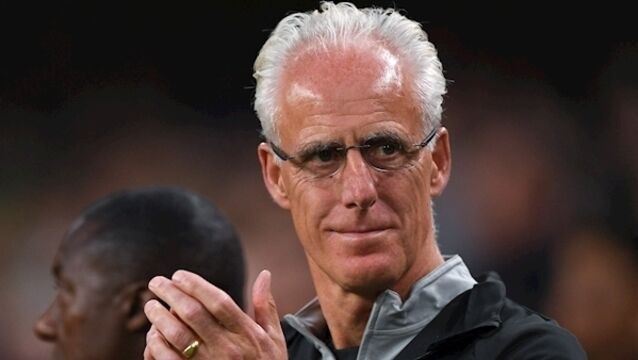 Mick McCarthy has been singing the praises of young Ireland international Michael Obafemi after seeing the 19-year-old in action in Southampton’s 1-1 FA Cup draw with Spurs on Saturday. 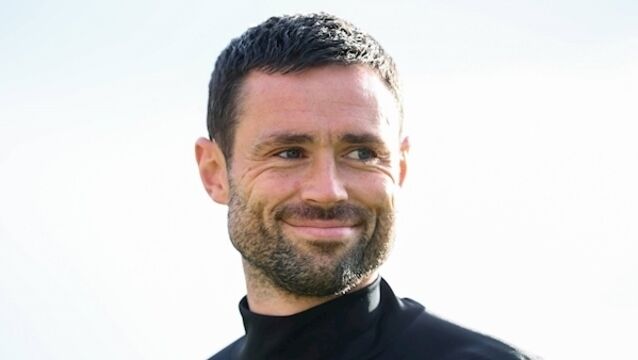 Delaney: ‘I’d just run. Leave it all out there. Have a fight and need to be dragged off. They respected that’

Damien Delaney's football journey has taken him from Cork to the Premier League and back to Cork again. And along the way, he's encountered remarkable characters and learned valuable lessons that shaped his professional career. 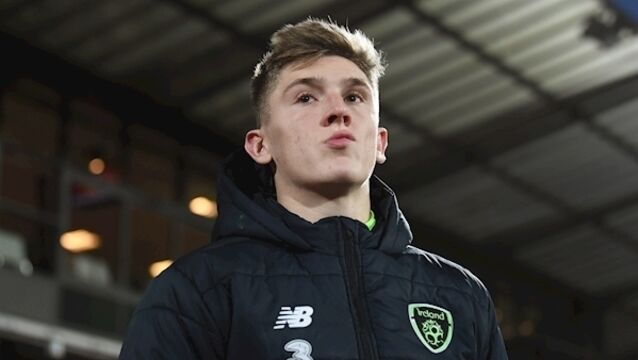 Burnley and Ireland defender goes on loan to Fleetwood

Dunne, from Dundalk, has been called-up to Ireland squads in the past year, having played at U21 level.

Danger Here: The last word on a year to remember in sporting guff

West Ham will take on League One club AFC Wimbledon in the second round of the Carabao Cup.

The season in guff

TWO MINDS:&nbsp;Chris Kamara made the most of a rare seat on the &lsquo;Soccer Saturday&rsquo; panel:

Grappling with our gambling problem without the facts

The 2018 GAA season has begun in earnest. One of the key talking points is whether Galway will retain their All-Ireland hurling title, writes&nbsp;Jack Anderson.

Lip-readers have landed football in a very dangerous game

Interpretation can be a wonderful thing, it has the ability to decipher and unite in the form of

Sam Allardyce has ruled out returning to Crystal Palace after Frank de Boer was sacked just four matches into the Premier League season.

Newcastle manager Rafael Benitez has brushed aside claims he is fuelling the negativity surrounding the club.

Niall Quinn feels for Athlone players who are ‘victims’

Irish football legend Niall Quinn says he feels for any Athlone Town players who are innocent of wrongdoing, as the FAI launches an investigation into irregular betting patterns around the club&rsquo;s 3-1 defeat to Longford Town in the League of Ireland First Division last Saturday.

Joey Barton pays the price for football’s wages of sin

The Secret Footballer has been immersed in gambling culture all his career and knows Joey Barton is an easy fall guy.

Joey Barton has called on football to reconsider its links with the gambling industry after the Football Association banned him for 18 months for breaking its betting rules.

George Boyd's first-time finish put Burnley well on the way to Premier League safety as they ended an eight-match winless streak with victory over Stoke at Turf Moor.

Liverpool 2 Burnley 1: With one casual, but extremely accurate, swing of his right boot, Emre Can settled this unpredictable game and possibly shifted the momentum of Liverpool&rsquo;s troublingly inconsistent season.

Six lessons from Semple Stadium thriller: Bumper crowd but shame so few saw it on TV

John Fogarty&nbsp;analyses the key takeaways from Tipperary and Kilkenny&rsquo;s thrilling draw in Thurles.

Robbie Brady: 'I want to show what I’m about in the Premier League'

A small piece of Robbie Brady&rsquo;s past with St Kevin&rsquo;s Boys Club in Dublin bore witness to his immediate impact on this season&rsquo;s Premier League title race at Turf Moor on Sunday &mdash; even if the Burnley newcomer still expected a verbal volley from a watching Roy Keane.

Alan Shearer: I doubt I’ll go back to management

It&rsquo;s a select club. The likes of Shay Given, Joey Barton, Damien Duff and myself. Lads who&rsquo;ve been coached briefly by Alan Shearer, writes Larry Ryan.

Even Joey Barton could not inspire Burnley as they played out an FA Cup third round stalemate at Sunderland.

Evening briefing: Teenager stabbed to death in Dublin. Catch up on all the headlines

Rangers: It’s the Old Firm but not as we know it

Take a cursory glance at the Scottish Premier League table and it might seem as if, after a period of four years, normal service has finally been resumed, with Rangers trailing leaders Celtic as they go into today&rsquo;s high noon Hogmanay derby at Ibrox.

Jeff Hendrick: A special feeling around this Irish squad

Jeff Hendrick reckons that winning is believing and believing is winning for an Irish side who will go into 2017 sitting pretty atop their World Cup qualifying group after that historic 1-0 victory in Vienna on Saturday.

Evening briefing: Trump arrives at White House for Obama meeting. Catch up on all the headlines

Joey Barton will hold talks with Rangers on Thursday as the first step in resolving the midfielder's future.

I had a lovely dream last night I just have to tell ye about.

Joey Barton has been issued with a notice of complaint by the Scottish Football Association after being accused of betting on football matches.

Their former manager has urged Rangers to broker a peace deal with suspended star.

Stan Collymore: Martin O’Neill was 'the biggest influence in my 14-year career'

Stan Collymore was 28 and already had half a dozen senior clubs behind him when he played under Martin O&rsquo;Neill at Leicester City but, even though they only had six months together, the former Liverpool, Aston Villa and England striker has no hesitation in hailing Ireland&rsquo;s manager as the &ldquo;biggest influence&rdquo; in his career.

Why Portugal values Pepe The Unpopular

Portuguese defender Pepe doesn&rsquo;t exactly make himself easy to like &mdash; one brutal temper tantrum, the kind that would make even Joey Barton blush, earned him a 10-match ban at Real Madrid after he raked his studs down the back of an opponent in 2009.

L&rsquo;Equipe, France&rsquo;s daily sports bible, ran a piece on the eve of the tournament on the players most likely to take our breath away and leave a glittering body of work in their wake.

Life after Bill O'Herlihy as TV3 join battle of the box

What the four main TV channels are bringing to Euro 2016.

New Liverpool goalkeeper Loris Karius has warned Simon Mignolet he has come to Anfield to be the club&rsquo;s number one.

Rangers boss Mark Warburton believes Old Firm rivals Celtic will be getting a manager of the &ldquo;highest quality&rdquo; if they persuade Brendan Rodgers to take over.

Joey Barton in talks with Rangers over transfer

Rangers are in talks with Joey Barton over a move to Ibrox, it is understood.

Nostalgia is an awareness that we ruin everything. And so it is with Twitter, which will celebrate its 10th birthday on Monday, with everyone pining for the good old days of 2011 or 2012.

David Forde might be struggling to get a starting place for club and country at the moment but he has just made it into a best-ever Millwall XI.

Liverpool 2 QPR 1: With just one more Anfield performance to go in a career that marks him down as one of Liverpool&rsquo;s greats, Steven Gerrard gave another reminder of just how badly he will be missed.

West Brom 1 QPR 4: Joey Barton has urged QPR to use their win over West Brom as a springboard for survival.