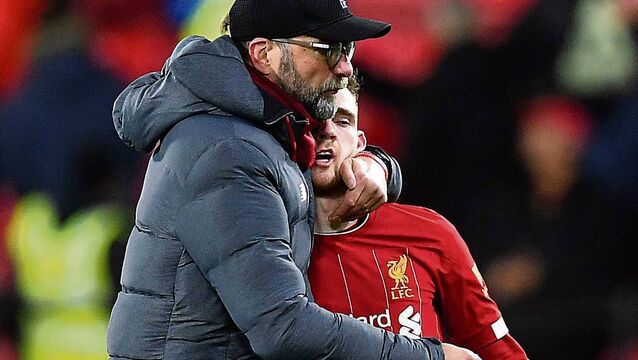 We have grown accustomed to Jurgen Klopp’s team finding a way — any way — to pull themselves over the line. To lose their first league match on the final day of February is an astonishing achievement. 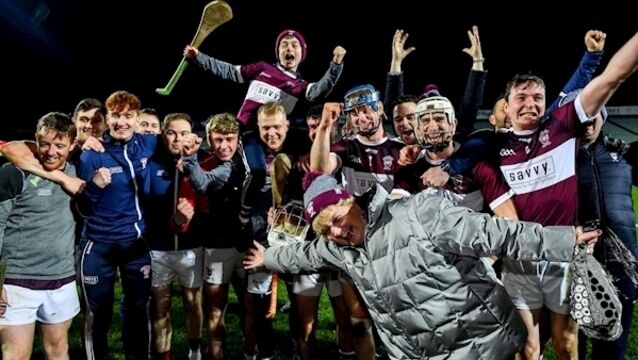 When Brendan Maher nailed the late free which pushed Borris-Ileigh three points ahead yesterday, his hurley split from the bas upon the moment of impact, the loose shaft of ash clearly flying off into the late winter dusk. 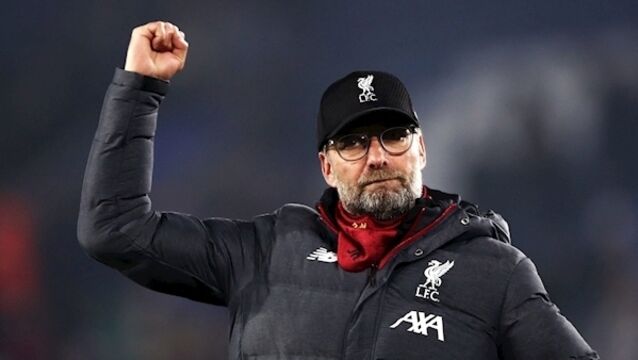 I never party without a reason, insists Klopp

Jurgen Klopp insisted on Christmas Eve that he is not a man to invite himself to a party without having something worth celebrating.

Here's what we learned from the weekend's Premier League action

Can Liverpool banish the ghosts of the infamous slip?

Manchester United can learn from another Red playbook

For an idea of how Jose Mourinho got it so wrong at Old Trafford and what Manchester United now need to get right, a good place to begin is with the first press conference the last manager he’d lose to held, writes Kieran Shannon.

Anfield all set for another famous rollercoaster night

Even at a club where there are many great European nights to choose from, this feels a bit special. Liverpool’s match against Napoli tonight, for a place in the Champions League knockout stages, has the potential to be one of those great occasions that will be talked about for years.

Arsenal can compete for the Europa League title but the players must first cope with the long-distance travel during their group-stage matches, warned manager Unai Emery yesterday.

I’ve nothing to prove to Roberto Mancini, says Scott Sinclair

Danny Ings boost for Liverpool as Adam Lallana ruled out

Liverpool midfielder Adam Lallana has suffered an injury setback which rules him out of the FA Cup fourth-round tie at home to West Brom.

Celtic 1 Bayern Munich 2: Celtic exited the Champions League on their shields after a 2-1 defeat to Bayern Munich in a pulsating encounter at Parkhead.

Anderlecht 0 Celtic 3: Celtic got their Champions League campaign up and running with an outstanding 3-0 win over Anderlecht in Brussels last night.

Celtic 0 PSG 5:&nbsp;Free-spending Paris St Germain demonstrated their prowess with a 5-0 thumping of Celtic in their Champions League opener at Parkhead.

Celtic 1 St Johnstone 0: Celtic matched the Lisbon Lions&rsquo; unbeaten domestic record as Dedryck Boyata scored the only goal of the game against St Johnstone at Parkhead.

Ronny Deila has revealed the demands of being Celtic manager caused him anxiety attacks, sleepless nights, and saw his personality affected during his two-year spell at Celtic Park.

Brendan Rodgers is under no illusions as to the task his Celtic side face when free-scoring Manchester City visit Parkhead tonight and admits the Hoops are facing a &ldquo;difficult night&rdquo;.

Brazilian midfielder Fernandinho has warned his Manchester City side to beware a Celtic backlash ahead of their Champions League clash in Glasgow tomorrow night.

Eoghan O&rsquo;Connell hopes he can catch the eye of Ireland boss Martin O&rsquo;Neill after proving he can perform in front of a packed Aviva Stadium.

Celtic get back on Euro track

Celtic boss Brendan Rodgers need to sign a minimum of three new players if they are to progress in this year&rsquo;s Champions League, according to former Bhoys great John Hartson.

Pep Guardiola: Jose Mourinho will bring best out of me

Pep Guardiola believes the challenge of facing Jose Mourinho &mdash; and other top managers in the Premier League &mdash; can inspire him to reach new heights.

New signing Sadio Mane admits he did not have to think twice when Jurgen Klopp asked him to join Liverpool.

The headlines will read that Liverpool collapsed to lose the Europa League final, but there can be no denying the future is still bright at Anfield.

Liverpool manager Jurgen Klopp will tell his players to trust his gameplan as he knows how to win trophies.

Jurgen Klopp has made his first signing as Liverpool manager after concluding a deal for Serbian teenager Marko Grujic.

Jurgen Klopp can't forget the one that got away

Liverpool have lost only one of the opening 10 matches of Jurgen Klopp&rsquo;s reign, but that defeat means the German is not getting carried away by his start at Anfield.

Ings out for six months

Liverpool have suffered another injury blow after striker Danny Ings was sidelined for six months with a cruciate knee ligament injury.

New Liverpool manager Jurgen Klopp insists he is &lsquo;the Normal One&rsquo; and is not setting out to join the ranks of Anfield greats.

Do we deserve Jurgen Klopp’s vote of confidence?

Rodgers is out and Klopp is in. I guess it&rsquo;s not enough to provide streams of pompous piffle to the men from the press; you have to act eccentrically and have a cool name as well.

Liverpool’s non-international players returned to training today as the club continue their pursuit of Jurgen Klopp to become the new manager.

Mischievous Jurgen Klopp can be the perfect fit at Anfield

One of the many charms of Jurgen Klopp is that unlike the person he could be succeeding at Anfield, he has the capacity to prompt people to chuckle with him rather than at him.

What were they doing? Does anyone know?

Hello, remember me? I&rsquo;m the chap who used to write about Liverpool for the Examiner before some satellite TV flunky decided we&rsquo;d make great Monday Night Heroes.

Putting a foot through dreams

West Brom have completed the signing of Rickie Lambert on a two-year-contract after swiftly concluding negotiations for the Liverpool striker.

Gary McAllister has been appointed as Liverpool’s first-team coach, the club have announced.

Sean O&rsquo;Driscoll has spoken of his joy at &ldquo;joining one of the world&rsquo;s most iconic football clubs&rdquo; after the former Republic of Ireland international was confirmed as Liverpool&rsquo;s new assistant manager yesterday.

New Liverpool defender Nathaniel Clyne admits the Reds have to improve this season but believes their summer recruitment has signalled their intent.