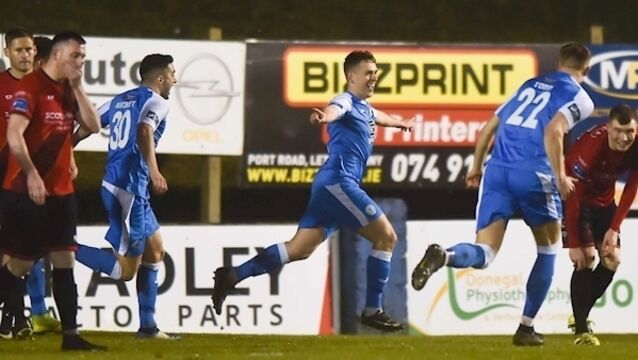 Finn Harps will play in the Premier Division next season after coming out on top in an absorbing promotion/relegation play-off final second-leg mud-battle at Finn Park, Ballybofey. 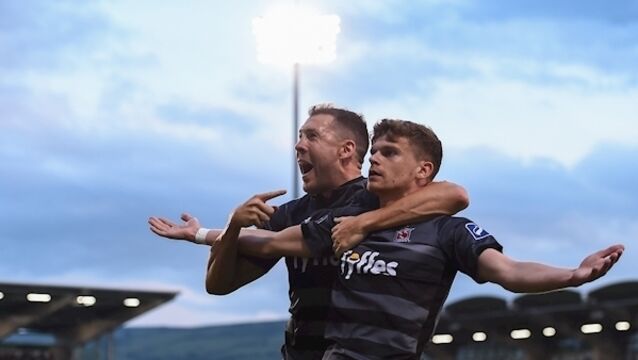 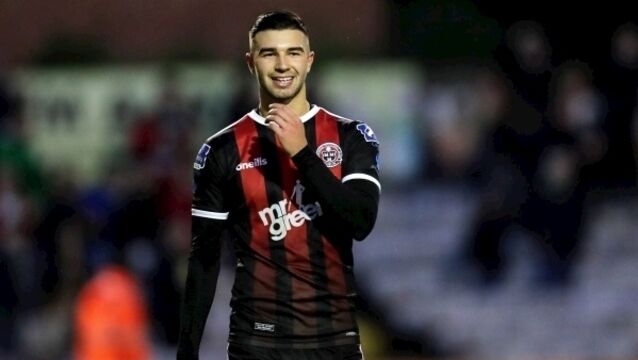 Airtricity League wrap: Hoops get back to winning ways as Dundalk ease past Waterford

Shamrock Rovers have seen their lead at the top of the SSE Airtricity Premier Division shorn to four points.

Cork City hope to boost their urgent need for goals with the signing on loan of striker Dan Smith from Portsmouth.

The domestic season may have just ended 24 hours ago, but the FAI have revealed the key dates for the 2019 season.

Cork City’s reign as league champions came to an end at Tallaght Stadium tonight, but with the consolation of having ended a three-game losing run in the Premier Division.

Derry City councillors have voted in favour of renaming the Brandywell after the late Ryan McBride.

Dundalk centre-back Sean Hoare has been named the SSE Airtricity/Soccer Writers’ Association of Ireland Player of the Month for May.

The SSE Airtricity/SWAI May Player of the Month nominations have been announced.

Dundalk have maintained their two-point lead at the top of the SSE Airtricity Premier Division.

It has been a night full of goals in the SSE Airtricity League Premier Division.

Waterford a point behind table-toppers Cork City after win, victories for St Pat's and Bohs

Waterford moved within a point of league leaders Cork City this evening after they claimed a 2-1 win over Shamrock Rovers at the RSC.

An early goal from Patrick Hoban was enough to give Dundalk a 1-0 victory over Cork City in the Premier Division at Oriel Park on tonight.

Two Cork City players in Player of the Month nominations

Airtricity League Champions Cork City have two players in the first Airtricity/SWAI Player of the Month nominations of the season.

FAI to monitor Airtricity League games due to severe weather

All games set to take place this weekend in the SSE Airtricity League are being closely monitored due to the Status Red warning issued by Met Eireann.

Shamrock Rovers 6 Bray Wanderers 0:&nbsp;Goals on their full debuts for new signings Dan Carr and Sean Kavanagh, and a brace from Brandon Miele, helped get Shamrock Rovers&rsquo; season up and running with a first win of the campaign.

Attendances in the SSE Airtricity League have risen by 48.8% in the 2017 season in comparison to the same period from the previous season with Cork City heading the attendance league.

Cork City v Dundalk: Before a ball was kicked, Cork City had one over their great rivals Dundalk this season.

With their remarkable run in Europe coming on top of a third league title in succession, Dundalk would always have been going into the new season with the spotlight firmly upon them.

Cobh Ramblers 1 Cork City 3: Cork City made it three wins from four games in pre-season with a comfortable 3-1 victory against Cobh Ramblers at a sodden St Colman&rsquo;s Park last night.

Shamrock Rovers ready to bring back the fear factor

As a first-night Premier Division fixture, Dundalk versus Shamrock Rovers at Oriel Park on Friday, February 24, won&rsquo;t be short of heady historical context: The club seeking four titles in a row opening up their bid against the club which achieved that notable distinction in the 1980s.

It's win or bust for First Division clubs

Possibly nothing more cogently expresses the mixture of dismay and desperation felt across the League of Ireland First Division at the scrapping of the promotion-relegation play-offs than the proposal, aired at a meeting of club representatives in Wexford last week, that the top three teams in the second tier would take part in an internal play-off at the end of this season, with the front-runners facing the winners of second v third in a one-off game to decide promotion to the 10-team Premier Division in 2018.

Oriel Park not yet ready to be put out to grass

Dundalk have announced that their much criticised &lsquo;plastic pitch&rsquo; at Oriel Park will be replaced in time for the start of the new SSE Airtricity League season.

Chiedozie Ogbene appears set to complete a move to Limerick from Cork City.

If the strength of an industry can be judged by how its most vulnerable are treated, then the League of Ireland has deep problems.

Holding the keys to a state-of-the-art home will future-proof League of Ireland football in Cork against the kind of fluctuations it has suffered in the past.

Cork City manager John Caulfield says that the club&rsquo;s squad-building for 2017 is &ldquo;nearly done&rdquo; after Kevin O&rsquo;Connor became the latest player to re-sign for the FAI Cup winners.

As he nears completion of his squad jigsaw for next season, Cork City manager John Caulfield readily acknowledges that a key piece is now in place with the retention of ace marksman Sean Maguire.

Dundalk finally get to own Oriel Park

In major off the field developments for the League of Ireland&rsquo;s top two clubs, Dundalk have finally taken full ownership of the lease of Oriel Park while Cork City have announced a three-year sponsorship deal with UCC and the Mardyke Arena.

Waterford United and the FAI have welcomed the formal takeover of the club by former Ireland international and Swindon Town owner/chairman Lee Power.

In a week which has seen him pick up his third league winners&rsquo; medal in a row as well as the PFAI Player of the Year award, Daryl Horgan has warned Dundalk can&rsquo;t let their magnificent season &lsquo;peter out&rsquo;.

Brian Gartland: In so many ways it’s really Hollywood stuff

Cork City 5 Wexford Youths 0:&nbsp;With Dundalk clinching the SSE Airtricity League Premier Division for the third season in a row on Sunday night, runners-up Cork City showed their professionalism with a demolition job on a woeful Wexford Youths at Turner&rsquo;s Cross last night as they signed off for the season in front of their own fans in fine style.

City will have used the game as a warm-up for their FAI Cup final rematch against Dundalk.

Drogheda in driving seat for return to Premier League

Cobh Ramblers 0 Drogheda Utd 2: A couple of well taken goals in two second-half minutes in this SSE Airtricity First Division play off, first leg put Drogheda well on course for a return to the Premier League.

Dundalk 2 Bohemians 1:&nbsp;Three, they say, is a magic number &mdash; and it certainly felt like it at Oriel Park last night as Dundalk players and fans jubilantly celebrated a hat-trick of league titles.

We won’t be in holiday mode on Sunday, declares Stephen Kenny

Dundalk boss Stephen Kenny admits he will have to give serious consideration to how best to manage the balance of work, rest, and play for his players in the period covering their final two Europa League Group D games.

Derry come from behind to secure top-three finish

Derry City 2 Sligo Rovers 1: Derry City ended their home campaign with a deserved victory over Sligo Rovers, the Candystripes securing a third place finish as they look forward to a refurbished home venue next season.