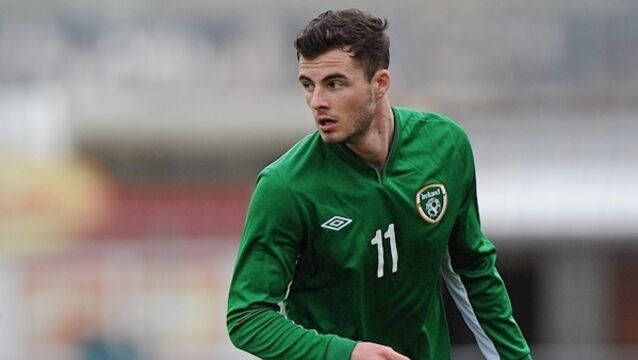 Thankfully, the Limerick-native avoided any long-term damage to his lung. 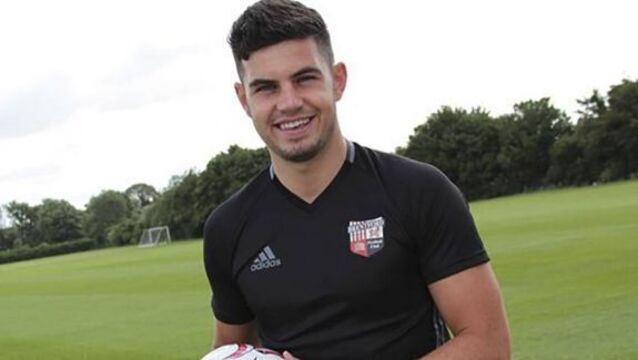 How the Irish fared: Joy for Irish quartet as Blades seal promotion 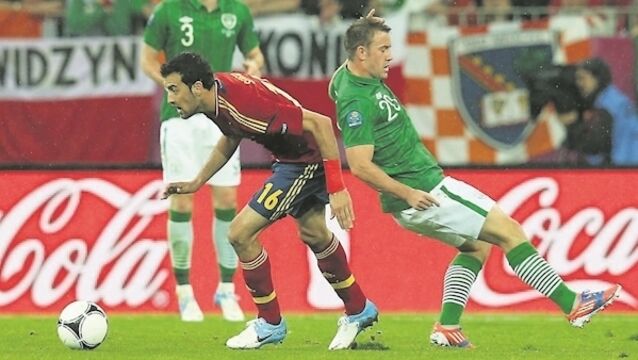 His 30 Ireland caps already a distant memory, Simon Cox takes a break from Southend United's relegation scrap, talking to David Sneyd as he recalls what feels like someone else's life.

Managers prove game for a laugh

A break from the norm for a bit of light relief this week, if only to mark David Moyes’ sudden change in fortunes on Wednesday night.

Peace gets us into spirit of the season

I see a lot of ink, or air, or gigabytes, being expended on a new book by David Peace, Red or Dead, about Bill Shankly, who once managed Liverpool.

Waterford depleted ahead of Dundalk trip

Waterford United will be without a couple of mainstays for tonight’s Airtricity League Promotion/Relegation play-off first leg away to Dundalk at Oriel Park (7.45pm, live on Setanta Ireland).

Laws ‘in at the deep end’ at Hoops

It’s not often you hear an Airtricity League manager likening an upcoming fixture to a trip to Old Trafford, but then new Shamrock Rovers boss Brian Laws is the first man to manage in the League of Ireland having previously managed in the Premier League.

Eager Laws ‘can’t wait’ to get started at Hoops

Brian Laws will make his first appearance as interim Shamrock Rovers manager at a press conference in Tallaght this afternoon ahead of Saturday’s EA Sports Cup final against Drogheda United.

Ireland U21 manager Noel King is refusing to give up the Euro qualification quest following last night’s defeat to 10-man Turkey.

Winger Brady happy to be in Sligo rather than Belgrade

Robbie Brady maintains he’d rather be in Sligo than Serbia tonight.

Sligo Rovers have confirmed the appointment of Ian Baraclough as the club's new manager.

King forced into two changes for Ireland U21 game

Republic of Ireland under-21 manager Noel King has been forced to make a couple of changes to his squad for the forthcoming UEFA Under-21 Championship Group 7 fixtures against Hungary and Turkey.

Plenty positives for King despite loss

TWO late goals by Portugal brought a disappointing end to a promising Ireland U21 performance in last night’s friendly.

MICHAEL QUIRKE wants to start a Coventry City goalkeeping double for Ireland this evening when he debuts for the U21s in a friendly against Portugal in Águeda (5.15pm kick-off).

Everton defender Seamus Coleman has been handed his first senior call-up by the Republic of Ireland today.

Republic of Ireland manager Giovanni Trapattoni today announced a 26-man preliminary list from which a final squad will be selected for the upcoming Group B European Championship qualifiers.

AIDEN McGEADY’S move to the Premier League and a reunion with Martin O’Neill could hinge on whether or not Aston Villa can sell James Milner to Manchester City.

THE FAI has already begun to process the necessary paperwork on a number of UK-born players who may declare for the Republic of Ireland in the near future.

Trap: Given won’t walk away

GIOVANNI TRAPATTONI remains confident that Shay Given will make himself available for the Republic of Ireland’s forthcoming European Championship qualifying campaign once he returns from injury.

Giovanni Trapattoni today announced a list of 23 players who will take part in a summer training camp in Malahide next month, including eight players yet to be capped at senior level.

The big guns left in the competition have been handed home draws in the fifth round of the FA Cup.

IRISH fans are being given a bonus chance to buy tickets for Saturday’s big game at Croke Park.

Bohemians goalkeeper Brian Murphy has been called into the Republic of Ireland squad for the upcoming World Cup play-off matches against France.

GIOVANNI TRAPATTONI has dished out his harshest criticism yet of goalkeeper Dean Kiely, describing the player’s reaction to being left out in favour of Kieren Westwood in Craven Cottage on Friday as “like being in a kindergarten”.

Newcastle washed away on a tide of turmoil

ALAN SHEARER’S bid to go from the cosy comfort of the BBC pundit’s armchair to the saviour of Newcastle United within the short spell of eight games ended in a river of black and white tears.

Ireland manager Giovanni Trapattoni has called up five players to the senior squad to face Cyprus on Wednesday, October 15.

‘Big Fella’ of Irish broadcasting bows out after 35 years

HE IS the ‘Big Fella’ of Irish broadcasting — bearish, avuncular with a roguish grin and friendly patter — but we won’t be hearing quite so much from Derek Davis from now on.

New-look squad for U-21 test

REPUBLIC OF IRELAND U21 manager Don Givens has selected a new-look 18-man squad for the friendly International away to Luxembourg, on Wednesday in the Stade Fr Trausch, Mamer.

An online fundraising auction in memory of a Nottingham Forest player who died of liver failure has been boosted by a donation from Roy Keane, it emerged today.

Gibson in U21 squad for Greece

MANCHESTER UNITED’S 18-year-old midfielder Darron Gibson has received his first call-up to the Irish U21 squad for the UEFA Championship qualifying game away to Greece on August 16.

Givens forced to make changes to Ireland U21 squad

Republic of Ireland Under-21 Manager Don Givens has had to make some personnel changes to his squad travelling to Madeira on February 13 next for the Madeira Tournament.

NON-LEAGUE Exeter were yesterday handed a glamorous trip to Manchester United in the third round of the FA Cup.

Stephen Elliott, the hat-trick hero of the Republic of Ireland’s 5 - 1 victory over Poland in Gdansk in August, retains his place in Don Givens’ squad of eighteen players he has named for the European 2004 Under-21 Championship qualifier against Switzerland in Neuchatel on Friday, October 10, 2003 (kick-off 6pm, 5pm Irish time).

Republic of Ireland manager Don Givens has included three eircom League players in his squad of 18 for the friendly against Poland on Tuesday, August 19, next in Gdynski (kick-off 5.30pm Irish time).