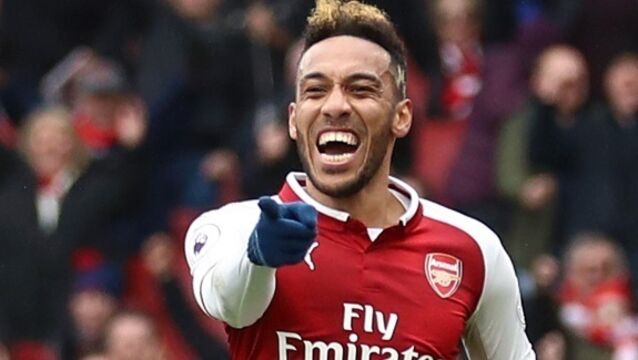 Arteta insists Aubameyang can be a great without trophies

Mikel Arteta believes Pierre-Emerick Aubameyang does not need to win titles with the Gunners to be considered a world-class striker. 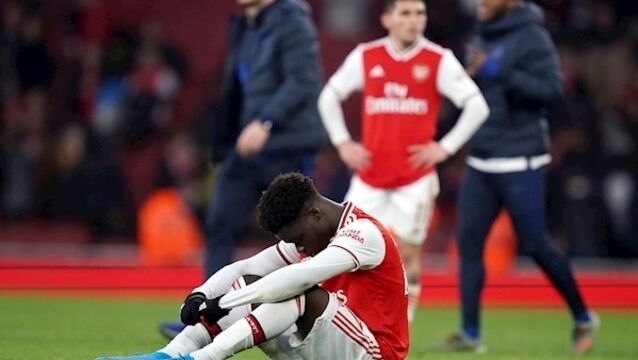 Arsenal fans returned to the Emirates yesterday like an adult approaching a 1,000-piece puzzle they’d hastily unwrapped at Christmas but not got round to tackling yet. 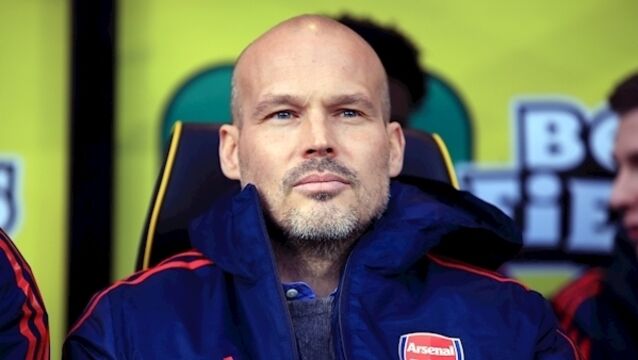 It took only seconds for “#LjungbergOut” to appear.

Sterling hailed as an ‘inspiration’ to youth

Manchester City forward Raheem Sterling has been hailed as an “inspiration” to young players after being voted the 2019 Footballer of the Year by the Football Writers’ Association.

Arsenal head coach Unai Emery has refused to follow some of his counterparts by suggesting the Premier League should do more to help English clubs in Europe.

So that’s Thursday nearly wrapped up. Here’s some of the stories we published on irishexaminer.com today which we hope will help you make sense of it all this evening.

Premier League wrap: Liverpool return to top of the table

The Reds put aside their recent anxieties as they lifted themselves three points above champions Manchester City with goals from Sadio Mane, Georginio Wijnaldum and Mohamed Salah.

Unai Emery claimed his first victory as Arsenal manager as the Gunners came from behind to beat West Ham, who are still to claim a point under Manuel Pellegrini, 3-1.

Following the traditional ‘slamming shut’ of the transfer window, albeit at the markedly un-traditional time — before a ball has been kicked in anger — attention can now turn to how teams will line up and not to what gaps still need to be filled.

Alex Iwobi scored the winning penalty for Arsenal as they defeated Chelsea 6-5 on penalties after a 1-1 draw in front of a crowd of 46,000 people at the Aviva Stadium.

Arsene Wenger would like to return to the Emirates Stadium as an Arsenal supporter but says that it is dependent on his future work career.

Arsene&nbsp;Wenger&rsquo;s 250th, and maybe last ever, Uefa competition game, ended in disappointment last night as Arsenal lost 0-1 at Atletico Madrid to exit the Europa League 2-1 on aggregate at the semi-final stage.

Diego Costa ensured Arsene Wenger's 22-year reign as Arsenal manager will end in Huddersfield and not Lyon as the former Chelsea man hit the winner for Atletico Madrid in a closely fought Europa League semi-final.

Arsene Wenger has divided opinion for years now - but he&rsquo;ll always have a special place in the heart of some Fantasy Premier League managers after what he did this week.

Koscielny a symbol of all that’s wrong with Gunners

Champions Manchester City turned on the style to extend their lead at the top of the Premier League table to 16 points with a 5-0 demolition of Swansea.

A late flurry of goals saw Arsenal secure a 4-1 win over West Ham in their first game since Arsene Wenger revealed he is stepping down as boss.

In a week where European football has been dominated by dramatic comebacks and shocks, Arsenal were given an almighty scare by CSKA Moscow as they booked a place in the Europa League semi-final.

Arsene Wenger insists winning the Europa League is an opportunity his under-fire Arsenal side have to take.

Arsene Wenger insists winning the Europa League is an opportunity Arsenal must grab &mdash; but Laurent Koscielny admits he and his team-mates are in a &ldquo;negative spiral&rdquo;.

Wenger: Welbeck is no Harry Kane

Arsene Wenger insists he wants to keep Danny Welbeck at Arsenal despite admitting he is no Harry Kane when it comes to scoring goals.

Arsene Wenger has called on Uefa to alter the rules which have left Arsenal unable to play club-record signing Pierre-Emerick Aubameyang in the Europa League.

Tottenham 1 Arsenal 0: There was a moment, late in Saturday&rsquo;s north London derby, that went a long way to explaining why Tottenham and Arsenal have been moving in opposite directions over the past few seasons.

Tottenham climbed to third in the Premier League after Harry Kane scored a second-half winner to settle the north London derby against Arsenal.

Arsene Wenger has called on Mesut Ozil to be the leader of his new Arsenal generation.

Six of the best from this year's transfer window

The January transfer window is often a let-down.&nbsp;

After a transfer triangle delivered both Arsenal and Chelsea the strikers they wanted, Pierre-Emerick Aubameyang set his sights on becoming the new Thierry Henry, while Olivier Giroud drew a line under a &ldquo;beautiful story&rdquo; at the Gunners, crediting his new coach Antonio Conte with attracting the Frenchman to Stamford Bridge.

The waters have been muddied by Chelsea's emerging interest in Olivier Giroud.

What the papers say

Anthony Martial’s goal early in the second half proved enough to give Manchester United a battling 1-0 win at Burnley and close the gap on Premier League leaders Manchester City.

Chelsea 0 Arsenal 0:&nbsp;The frustration felt by Arsene Wenger as his Arsenal side struggled in the face of intense Chelsea pressure was intensified by the manager being forced to watch from the unfamiliar surroundings of the press box.

Klopp stresses need for defensive solidity ahead of Arsenal clash

Jurgen Klopp is pleased with Liverpool&rsquo;s recent defensive record but has stressed his players will need to be &ldquo;spot on&rdquo; at Arsenal tonight.

Antonio Conte says time is running out in the title pursuit, even if Manchester City slip up, and said the clear leaders had been lucky with late goals.

Arsenal boss Arsene Wenger admits it is unrealistic for the Gunners to talk about winning the Premier League title.

The week in Fantasy Premier League: Where have all the forwards gone?

There was a time when owning three high-priced forwards seemed like the only the way to go in Fantasy Premier League.