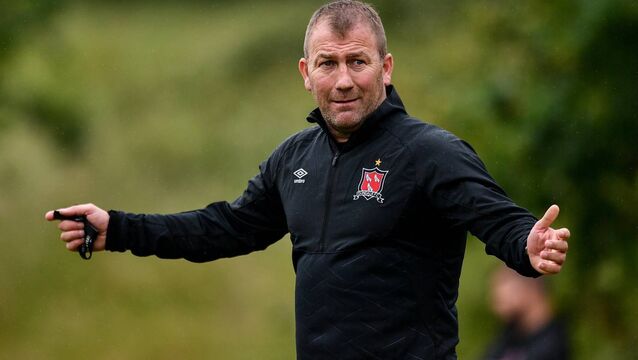 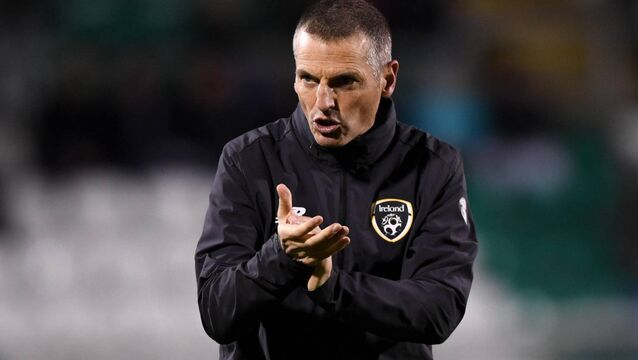 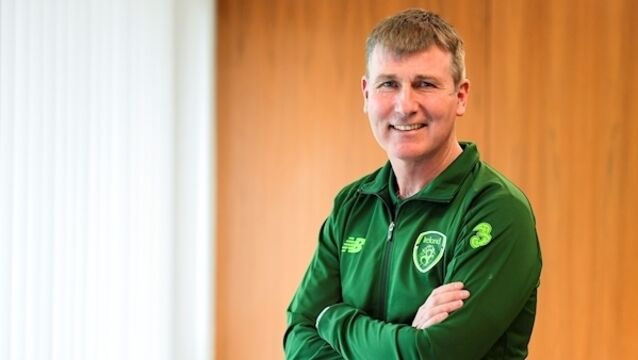 Stephen Kenny: 'Let's look after ourselves by looking after each other'

Stephen Kenny has stressed the importance of everyone playing their part to help protect the people who are at the coalface of the battle against the Covid-19 pandemic in this country.

Jose Mourinho: Troy Parrott ‘not ready at all’

Unions representing staff at the Football Association of Ireland are confident of minimal job losses at the cash-strapped organisation following talks with Shane Ross.

If the football career of Ireland U21 newcomer Thomas O’Connor’s doesn’t work out, there’s a fair chance he’ll end up hurling at Nowlan Park.

Parrott will become the third youngest ever Irish international on Thursday week in a friendly that will act as an audition for the decisive Euro qualifier against Denmark.

Do you agree with our League of Ireland team of the season?

John Fallon picks his League of Ireland team of the season.

Tipperary’s Willlie Maher and Kilkenny’s Conor Phelan will manage the senior side bidding to prevent a Scottish five-in-a-row of series wins.

While Stephen Kenny has reaffirmed his support to teen sensation Troy Parrott following his red card on Thursday, the Ireland U21 boss feels there’s sufficient talent in his ranks to continue their surge in Iceland on Thursday.

Stephen Bradley believes FAI Cup final can be a sellout

Shamrock Rovers manager Stephen Bradley wants the FAI to properly promote and market next month’s Cup final in the hope of filling the Aviva Stadium. Rovers face cup holders and league champions Dundalk on November 3 in the decider.

Conor Hourihane, Greg Cunningham, and Enda Stevens were teammates in the same Ireland U21 side when James Collins hit a hat-trick on his debut against Liechtenstein.

Aaron Connolly’s directness hasn’t always endeared him to coaches but being able to back it up with a Premier League debut affords the Brighton and Hove Albion winger some latitude.

Such are the riches of talent constantly emerging, Ireland U21 manager Stephen Kenny admits he’s finding it difficult to settle on his preferred starting team.

Dundalk remain four points clear at the top of the Premier Division following a comfortable 3-0 win over UCD in Belfield last night.

Bournemouth midfielder Gavin Kilkenny and Danny McNamara, who is currently on loan at Newport County also recieved their first call-ups.

New Cork City boss Neale Fenn has warned there will be no “class of 92” style reunion as he begins working with some of his old team-mates from the club’s 2005 title-winning campaign.

The Ireland manager is considering Birmingham City’s new recruit for inclusion in his squad for the upcoming Euro 2020 qualifier against Switzerland.

Stephen Kenny: Jack Grealish and Declan Rice should still be playing for Ireland

Jack Grealish and Declan Rice would still be playing for the Republic of Ireland but for weak relationships between former manager Martin O'Neill and underage coaches, according to Stephen Kenny.

Six games into his reign as Ireland U21 manager and Stephen Kenny believes his side are gearing up well to reach a first-ever major tournament.

Stephen Kenny hopes his Ireland U21 side can handle the heat of battle to clinch a Toulon Tournament semi-final place.

Kenny’s joy as Ireland blast out of blocks

Ireland U21 manager Stephen Kenny has defended his decision to call-up League of Ireland players despite Stephen Bradley’s desire for them to be excluded.

FAI staff push to have two employees on new board

FAI staff are pushing to have two employees on the association’s new-look board.

Stephen Kenny wants Irish football to stop imposing limits on its own ambition.

Ireland U21 boss Stephen Kenny has declared the Toulon Tournament as "a huge opportunity" for his team.

De La Salle save the day in thriller

Three stunning saves from Shaun O’Brien and 11 Jack Fagan points saw De La Salle come from seven points down to edge Lismore 2-21 to 1-18 in a thriller at Fraher Field yesterday.

The star of Stephen Kenny’s Ireland U21 soccer team, Connor Ronan, has assured Ireland fans that he has no intention of emulating Declan Rice by defecting to his homeland, England.

Three League of Ireland games postponed due to international call-ups

Two Airtricity League Premier Division games have been postponed due to international call-ups.

Vinny Perth: We had a point to prove

Brandon Kavanagh gets Stephen Kenny era off to a winning start

Brandon Kavanagh’s name will be etched in the history books as the player who scored the first goal of Stephen Kenny’s international coming but the hope is they work together again in a competitive setting.

By John Hudson University of Limerick will bid for their first ever Irish Universities Collingwood Cup win when they take on UCC in an all-Munster final at Limerick’s Market’s Field today (kick-off 2.30pm).

League of Ireland champions Dundalk will begin their title defence against Sligo Rovers at home on Friday, February 15.

Stephen Kenny’s competitive reign as Ireland U21 manager will begin and end with games against Luxembourg before he steps up to take over from Mick McCarthy as senior manager in 2020.

FAI chief executive John Delaney has defended sacked Ireland manager Martin O’Neill in the wake of recent criticism, describing some of his treatment by the media as “very unfair”.

Who is the best fit for the role?

The FAI have not yet identified a successor to Noel King as Ireland U21 manager but former internationals Lee Carsley, Robbie Keane and Damien Duff are among those being linked with either the main job or assistant roles in a new management set-up.

Noel King steps down as Ireland U21 head coach

He will become full-time Player Identification Manager for the FAI.