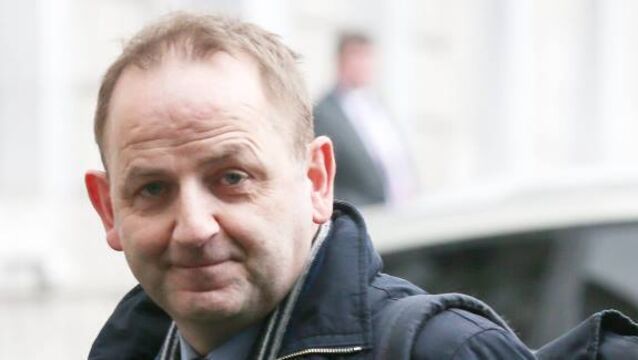 The Policing Authority says it will consider very carefully how it selects senior officers following the third report into the Disclosures Tribunal yesterday. 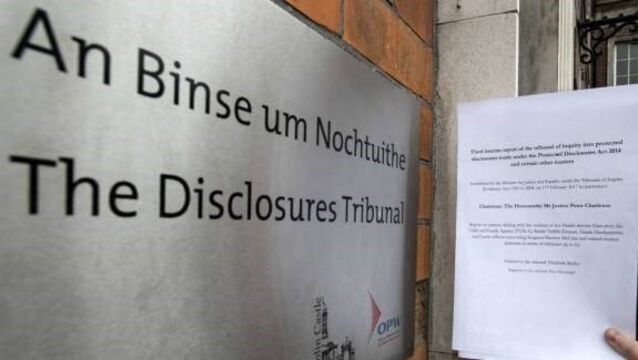 Even in a post-truth, post-shame world, even in a world where alternative facts are trotted out as regularly as “unprecedented” October storms threaten homes and property, the conclusion reached by Mr Justice Peter Charleton that, despite his repeated denials, former garda commissioner Martin Callinan told a Dáil deputy in early 2014 that whistleblower Sgt Maurice McCabe had sexually abused his family is deeply shocking. The allegation, and that is a very generous use of vocabulary, was of course false. 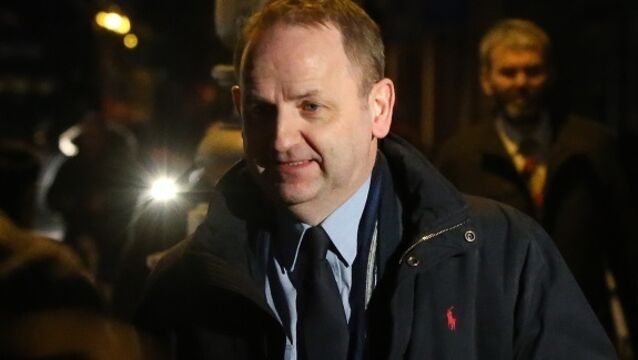 Key quotes from the Charleton report

The 406-page report released by Justice Peter Charleton contains some strong language, including that whistleblower Sgt Maurice McCabe was "repulsively denigrated for being no more than a good citizen and police officer".

Comment: If Dave Taylor let the cat out of the bag, it can’t be put back in now

Michael Clifford on the Disclosures Tribunal: Splash of colour but black and white truth remains elusive

Paul Williams was surprised to hear his name brought up in a D&aacute;il debate about the quashing of penalty points. This was in late 2013, the Disclosures Tribunal heard yesterday.

An awful lot of people have been telling lies under oath at the Disclosures Tribunal. That&rsquo;s according to the chairman of the inquiry, Judge Peter Charleton.

A Daily Mail journalist has told the Charleton Tribunal that she believed a colleague who allegedly told her a garda whistleblower was a child abuser was “being used” by somebody.

Former Garda commissioner N&oacute;ir&iacute;n O&rsquo;Sullivan has said she never sought to influence RT&Eacute; coverage of the O&rsquo;Higgins report into complaints from whistleblower Sgt Maurice McCabe, adding: &ldquo;I have no idea how anybody could come to that conclusion.&rdquo;

N&oacute;ir&iacute;n O&rsquo;Sullivan didn&rsquo;t hear all the bad stuff that was going around about Maurice McCabe a few years back. She didn&rsquo;t speak to anybody about it either.

Things get even stranger for gardaí

These are strange days indeed for An Garda S&iacute;och&aacute;na, and things got a little stranger yesterday in Dublin Castle.

Michael Clifford on Disclosures Tribunal: It appears no one in press office knew a thing

The Disclosures Tribunal is on the home stretch, but there’s no knowing how long it might take to arrive, writes Michael Clifford.

Disclosures Tribunal: There is no room for conflicting accounts

Did a garda commissioner maliciously describe one of his officers as a kiddie fiddler?

TD John McGuinness has claimed that the former garda commissioner told him in Leinster House that Sergeant Maurice McCabe &ldquo;fiddled&rdquo; with children and garda whistleblowers were &ldquo;fucking headbangers&rdquo;.

Fianna F&aacute;il TD John McGuinness kept notes of a conversation with former Garda commissioner Martin Callinan in which he allegedly claimed a garda whistleblower had sexually abused his children and could not be trusted.

Much to commend in Disclosures Tribunal

AS FIRST acts go the opening module of the Charleton Tribunal has had much to commend it.

Interaction between journalist and press officer under the spotlight

On day 10 of the Disclosures Tribunal, crime reporter Paul Williams admits that he never checked out the story, writes Michael Clifford.

An Garda Síochána and Nóirín O’Sullivan are not the same

Recent events would make you think the interests of N&oacute;ir&iacute;n O&rsquo;Sullivan are the same as those of An Garda S&iacute;och&aacute;na. It is crucial we make it clear that they&rsquo;re not, writes Michael Clifford.

The senior garda at the centre of the Charleton Tribunal has been threatened with possible disciplinary action, the&nbsp;Irish Examiner&nbsp;has learnt.

Questions posed by Maurice McCabe remain unanswered amid the tumult

Tribunal to include second garda’s allegations against force

A second garda&rsquo;s allegations against senior members of the force and state agencies will be included in the tribunal into the alleged smear campaign against Garda whistleblowers.

The Government is facing the threat of collapse as the Independent Alliance says it is &ldquo;dismayed&rdquo; at contradictory versions of events in the Maurice McCabe crisis.

How Tusla’s ‘clerical error’ led to this week’s scandal

The woman at the centre of the allegations against Maurice McCabe was the subject of some media interest in 2013 and 2014, leading to texts on the matter circulating around Garda HQ, writes&nbsp;Michael Clifford.

Garda Commissioner N&oacute;ir&iacute;n O&rsquo;Sullivan will not be forced to stand aside while a commission of investigation into an alleged smear campaign against Garda whistleblowers proceeds.

Garda chief claims she is not aware of smears against whistleblowers

Garda Commissioner N&oacute;ir&iacute;n O&rsquo;Sullivan said she has no knowledge of a so-called smear campaign against a whistleblower in her force.

Garda Commissioner: I was not aware of ’campaign to discredit’ whistleblower

The Garda Commissioner has insisted she knew nothing about an alleged smear campaign targeting a whistleblower in the force.

AN appalling vista of our own making looms.&nbsp;

Fine Gael have seen a minister and commissioner resign on its watch. Is that why it&rsquo;s so disinclined to get to the bottom of the Garda whistleblower scandal, asks Michael Clifford

Garda Commissioner N&oacute;ir&iacute;n O&rsquo;Sullivan is set to be grilled by opposition TDs over the escalating whistleblowers&rsquo; scandal tomorrow when she attends a pre-arranged meeting with the D&aacute;il&rsquo;s cross-party justice committee.

The review into the alleged mistreatment of garda whistleblowers could be widened into a full-blown inquiry, Justice Minister Frances Fitzgerald&rsquo;s office has said.

Wholly contradictory statements about the alleged smear campaign against whistleblowers must be clarified immediately if the Garda Commissioner is to retain any credibility, writes Political Editor Daniel McConnell

Body may have been in drain for days

The body of a man found in a drain near a burnt out caravan in Offaly may have been there since Dec 29.

Mystery woman believed to be from Australia

A woman at the centre of a worldwide police appeal after being found in Ireland confused and virtually unable to communicate has been identified.

Garda forensics experts have identified the human remains found in Co. Meath yesterday as that of a 37-year-old man from the Blanchardstown area.

Gardaí are appealing for information after a man in his thirties was shot dead in Meath.

Five men have been arrested in connection with the fatal shooting a man with dissident republican links in Co Meath.

Post mortem due after crime boss killed in daylight shooting

A post mortem examination will take place on the body of crime boss Eamon Kelly at Beaumont Hospital in Dublin today.

Gardaí have officially launched a murder investigation after a 65-year-old man was shot dead in Dublin.

‘It was just so energetic and full of life, full of everything’

A total prize fund of €8,000 will be on offer at the 25th annual Rockford Rooftile Four-Mile Road Race in Tinryland village, Carlow tomorrow at 2pm.