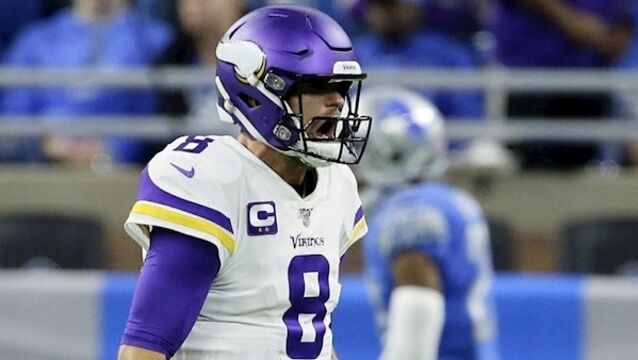 It took more than four quarters, but the Minnesota Vikings stunned the New Orleans Saints with a 26-20 wild-card play-off victory on Sunday. 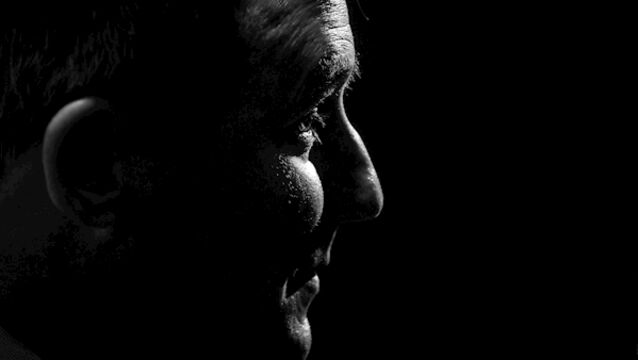 Kieran Shannon: Dublin philosophy— as much as their football— was Jim Gavin’s greatest gift

When the Dublin footballers continuously speak about the ‘culture’ that Pat Gilroy changed and established and that Jim Gavin then perfected, they rarely go into detail while knowing the secret of winning and Gavin was in the detail. 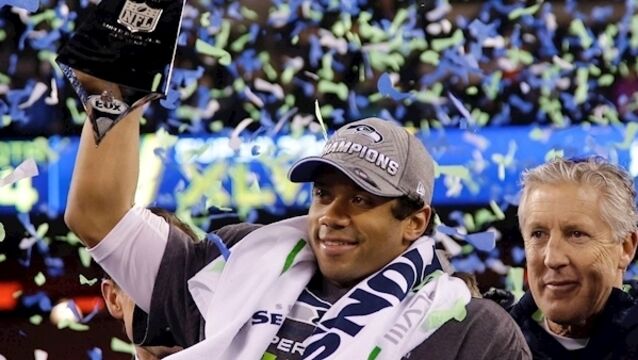 Russell Wilson is understood to have become the highest-paid player in NFL history after signing a new four-year contract with the Seattle Seahawks.

Tom Brady tossed four touchdown passes &mdash; including two to Rob Gronkowski &mdash; as the New England Patriots pushed through injuries and a mistake-filled game for a 35-17 victory over the sliding Miami Dolphins.

Kirk Cousins drove the Washington Redskins 70 yards and Rob Kelley's one-yard touchdown run with less than a minute remaining on the clock earned them a 17-14 win over the Seattle Seahawks.

American players to stand for anthem at Presidents Cup: Stricker

American players will stand when the national anthem is played ahead of this week’s Presidents Cup, captain Steve Stricker has said.

The Arizona Cardinals and Dallas Cowboys sent their own defiant message to United States president Donald Trump before their game on Monday night with a new form of protest.

Rookie kicker Younghoe Koo missed a last-gasp field goal for the second successive game as the Los Angeles Chargers lost their home opener 19-17 to the Miami Dolphins on Sunday.

Seattle Seahawks star Michael Bennett has claimed police threatened to shoot him last month in Las Vegas for "being a black man in the wrong place at the wrong time".

McGregor was told he had "nothing to be ashamed of" by boxing great Lennox Lewis.

'These things mean more to you as you get older'

The jersey worn by New England Patriots quarterback Tom Brady in last month's Super Bowl has been recovered after apparently being stolen, the NFL has said in a statement.

There will be a familiar feel to the NFL playoffs next weekend: Every divisional-round game will be a rematch from the regular season, the first time that&rsquo;s happened in six years.

Here's what happened in the NFL overnight

The Seattle Seahawks engineered a stouthearted goal-line stand in the final seconds to beat New England 31-24 and gain a small measure of revenge for losing Super Bowl 49 to the Patriots.

Carolina Panthers back to winning ways

The Carolina Panthers bounced back to winning ways with a 30-20 NFL victory over the Arizona Cardinals at the Bank of America Stadium.

Wednesday lunchtime briefing: Transatlantic flights from Cork Airport with Icelandic airline. Catch up on the headlines

The Carolina Panthers&rsquo; poor start to the season continued as they crashed to a third defeat in four matches after going down 48-33 to the Atlanta Falcons.

Aaron Rodgers has two NFL MVP awards and one Super Bowl ring, and he&rsquo;s in his ninth season as the starter for Green Bay. Sam Bradford was never on a winning team over his first six years in the league. He had 15 days to learn Minnesota&rsquo;s offence, then lost his Hall of Fame calibre running back to injury in the third quarter.

Coaches realising humility can be true path to greatness

QUIRKY WORLD ... Helen Mirren warns Americans not to be ‘pillocks’

USA:&nbsp;Helen Mirren has made an advert for Budweiser warning Americans not to be &ldquo;a pillock&rdquo;.

A massive luxury yacht owned by Microsoft Corp co-founder Paul Allen destroyed most of a protected coral reef during a visit to the Cayman Islands in the Caribbean earlier this month, media reported.

Quarterback Cam Newton was not the only Carolina Panthers player performing like Superman on Sunday as the brilliant pass-and-run threat teamed up with his mates to soar into the Super Bowl.

The Carolina Panthers withstood a furious second half comeback from the Seattle Seahawks last night to win 31-24 and set up a National Football Conference championship showdown against the Arizona Cardinals.

‘You can’t miss this kick’ — but what happens if you do?

The Green Bay Packers have rediscovered their &ldquo;mojo&rdquo;, quarterback Aaron Rodgers declared, after they overcame a sluggish start to roll to a 35-18 win over the Washington Redskins to close out Wild Card weekend in the National Football League.

The Seattle Seahawks were left off the hook by the Minnesota Vikings as they squeezed to a 10-9 wildcard victory in biting cold last night.

Denver Broncos coach Gary Kubiak said he followed his &ldquo;gut&rdquo; by introducing Peyton Manning in their crucial victory over San Diego to clinch home field advantage in the playoffs.

CJ Anderson busted loose in driving snow flurries for a game-winning touchdown run as the Denver Broncos rallied to beat New England 30-24 in overtime, handing the Patriots their first loss of the season.

There are some really famous folks in this trailer, including Fantastic Four star Michael B Jordan, but it's really all about Kevin

On a day of nail-biting NFL finishes, the New England Patriots remained unbeaten in 2015 with a 30-6 romp past the Dallas Cowboys.

Aaron Rodgers threw for two touchdowns to lead the Green Bay Packers to a 27-17 victory in an NFL grudge match against the Seattle Seahawks.

Hometown golfer Michael Putnam is expecting a lot of noise from the Chambers Bay galleries this week if the decibel levels at Seattle Seahawks NFL games are any guide.

The two Irishmen who claimed to have sneaked into the Super Bowl have admitted that their powers only go so far, and have paid for their flights home.

Katy is reportedly unhappy that Russell chose to "involve himself" on the biggest night of her career.

Meet Richard Whelan and Paul McEvoy, the two Irish lads who snuck into the Super Bowl and ended up watching from the fourth row - in seats that cost $25,000 each.

American Football: There were more questions than there were answers after one of the most enthralling Super Bowls of the modern era delivered a fourth title in just over a decade to Tom Brady, Bill Belichick and the New England Patriots on Sunday night.

Stars enjoy the show at the Superbowl

Stars converged on the Super Bowl both on and off the field, with celebrities including Britney Spears and Mark Wahlberg among the spectators and an elaborate half-time show by Katy Perry.

Patriots come from behind to snatch Superbowl from champions

The Seattle Seahawks and New England Patriots could produce one of the greatest Super Bowls of all time tomorrow night but the real winner may be debated for decades given the &quot;deflategate&quot; scandal hanging over the game.

The New England Patriots escaped a winter blizzard to make their way to the Super Bowl city of Phoenix on Monday but there was no avoiding another storm as the mystery of the deflated footballs continued to swirl.

How much more hype from over here can you stand? says John Riordan.

Battling Conor McGregor wins over the US heartland

The NFL and the UFC have a lot in common. Both are vaudevillian nightmares that shouldn&rsquo;t work but really seem to manage just fine, says John Riordan.