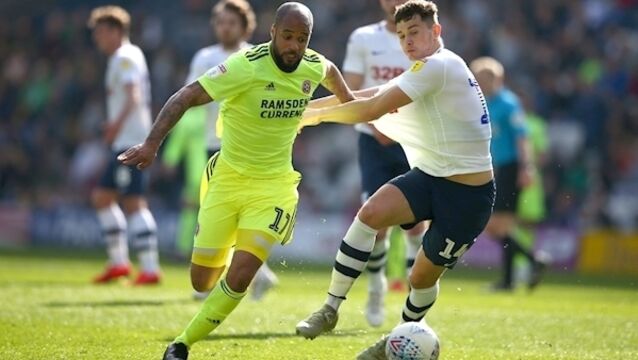 McGoldrick scored 15 times in 45 appearances in his first season with the Blades to help them achieve promotion to the Premier League last year. 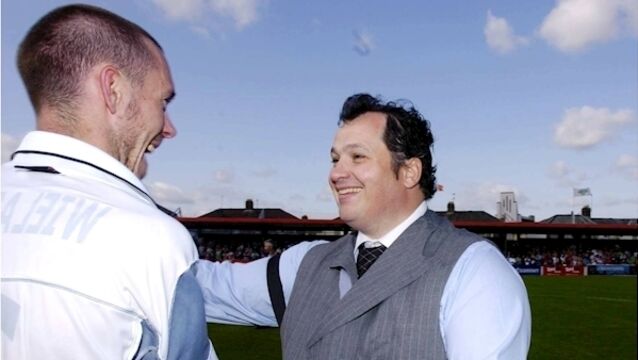 George O'Callaghan: ‘Pat Dolan was a genius but I broke his heart’

Former Cork City star George O’Callaghan says Pat Dolan changed the culture of Cork City, but admits his old boss let him “get away with murder”. 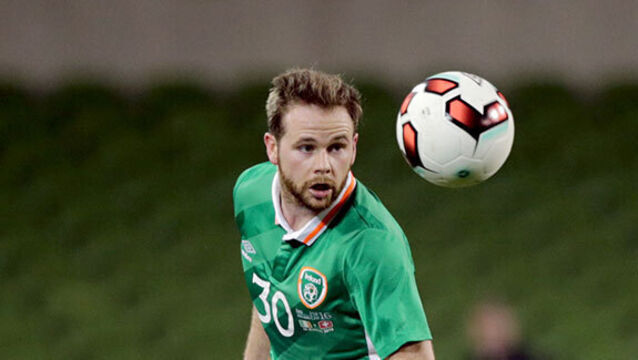 Ireland's Alan Judge ruled out for remainder of season

He will be absent for the Republic of Ireland’s Euro 2020 play-off semi-final against Slovakia.

McCarthy optimistic on McClean and Stevens

McCarthy gets good news on McClean and Stevens

'It's the K-word, isn't it — confidence': Our guide to the year in guff

These are the standout quotes from the world of punditry in 2019...

Luckless Judge looking to make up for lost time

It was Mick McCarthy who told Alan Judge that without bad luck he would have no luck at all.

Premier League review: Xhaka a symbol of a club falling back onto its knees

Daniel Storey looks at what we learned in the Premier League this weekend.

The 39-year-old, who scored nine times in 80 appearances for his country and played at Euro 2016, was a free agent after leaving Rangers at the end of last season.

Roy Keane has spoken of his desire to have another crack at management and launched a stinging attack on Jonathan Walters for his behaviour towards the end of his time involved with Ireland.

Baby steps but significant ones. That was Mick McCarthy’s assessment after witnessing James McCarthy’s first appearance in a Crystal Palace shirt.

The squad for the Euro 2020 qualifier against Switzerland will be announced on Friday.

Tipperary's Shane Breen has today made history at the Dublin Horse Show in the RDS, after he claimed victory in the €350,000 Longines Grand Prix of Ireland.

Glorifying the bare minimum in the quest for survival

As Fulham found out last season, spending is no guarantee of survival in the Premier League.

Tottenham appear to have done good business this summer as Mauricio Pochettino completed the signings of Giovani Lo Celso and Ryan Sessegnon to go along with Tanguy Ndombele, prompting comparisons with three of the most dramatic transfer days in the club’s history — but they have not all ended well.

Walters: Roy Keane took off his watch and jumper and we went head to head

Jon Walters has described the row with Roy Keane that led to the striker’s departure from Ipswich.

Wolves have never hidden their ambitions. At a business breakfast event in the city in September 2018, then-managing director Laurie Dalrymple spoke of his pride at Wolves’s progress over the previous two years.

Ireland have been drawn fourth to jump in tomorrow's Longines FEI Nations Cup of Ireland for the Aga Khan Trophy at the 2019 Stena Line Dublin Horse Show.

No easy pickings for Ireland in Olympic quest

Last Friday, the Ukrainian show jumping team contested a Tokyo 2020 qualifier in Budapest and amassed a total of 41 faults.

They called it the ‘Irish Football Stakeholder Forum’ but really last Friday’s gathering at the Mansion House was a cry for help.

Hourihane was willing to go back to the bottom. Now he's one step from the top

Wembley no longer holds any mystery for Conor Hourihane. There is no room for romance in this story.

John Egan says it was only meant as “a bit of craic” and that it took him a mere 20 minutes to compose the words – and then only in his head, not on paper – so probably no-one was more surprised than Sheffield United’s Irish defender to see his celebratory ode to the club’s promotion to the Premier League go viral.

Alex Goode feels he is the victim of a witch hunt at Saracens as the club’s all-for-one, one-for-all attitude goes out of the window when it comes to the squad’s fantasy football league.

How the Irish fared: Joy for Irish quartet as Blades seal promotion

Joy for Irish quartet as Blades seal promotion: How the Irish fared

Who are lambs to Premier League slaughter? And who are Wolves?

The battle for promotion from the Championship reaches a crescendo this weekend with at least eight teams still dreaming of making it into the Premier League and two able to seal it right now. But how well prepared are any of the sides for what could lie ahead?

Easter Sunday, upstairs in Cashman’s Bar, Academy Street, Cork. Liverpool are one up against Cardiff and on their way back to the top of the Premier League.

'What he did here, not every player can do': Ireland international Robinson praised after Preston brace

Preston boss Alex Neil saluted the quality of forwards Callum Robinson and Lukas Nmecha after they tore already-relegated Ipswich apart in a 4-0 hammering at Deepdale.

Bolton have announced their home game against Ipswich tomorrow is in doubt because of a "critical" IT failure.

If Reds are looking for omens, check the Leeds results from the ‘60s promotion hunt

Spring is in the air. The cold hand of the previous year’s winter, which resulted in heavy snow and fixture cancellations as late as March was conspicuous by its absence but as April begins no one is taking the warm weather for granted just yet.

Mick McCarthy: Maybe we've got a bit of momentum now

Ireland might be top of Group D but Mick McCarthy is keeping his feet firmly on the ground.

‘It’s about taking every minute you can on the pitch. I always do’

No thrill of the chase for exasperated Ireland boss McCarthy

McCarthy saw both current and potential Ireland internationals notch goals on his scouting trip on Saturday.

Newport County’s remarkable FA Cup odyssey may have ended on Saturday but a 4-1 defeat didn’t stop Irish striker Pádraig Amond from leaving the pitch with a pep in his step.

O'Neill was a hugely animated figure and was lectured by referee Jeremy Simpson after straying from his technical area and down the side of the pitch once too often.

Holders Chelsea are safely through to the fourth round of the FA Cup but Premier League Cardiff were victims of a giant-killing act by Gillingham.

Bohs keeper Shane Supple forced to retire due to injury

Supple had earned a call-up to the Ireland squad earlier this year.

He becomes the first man to manage both clubs.

The show jumping team season comes to its conclusion this weekend when fifteen countries do battle in the annual FEI Nations Cup Final in Barcelona.

Republic of Ireland striker Jonathan Walters will miss next month’s Nations League clashes with Denmark and Wales as he faces up to six months on the sidelines.

Mike Dunne: Ireland equestrian teams battling for medals in the eye of a storm

The opening ceremony for the World Equestrian Games (WEG) took place last night in Tryon, North Carolina and the first of thirteen days of action gets underway today. Endurance, Reining and Dressage are the disciplines kicking things off and Ireland is represented in all three.

A great power was given to Roy Keane. A power that can be dispensed in a look. By just making the face.