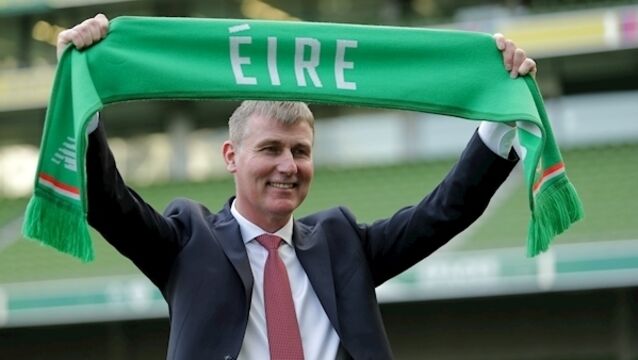 Stephen Kenny: 'To the Irish fans – there are better days ahead'

In his first public comments since being appointed the new manager of Ireland, Stephen Kenny has acknowledged that the country is going through a very challenging time but said he believes there are better days ahead. 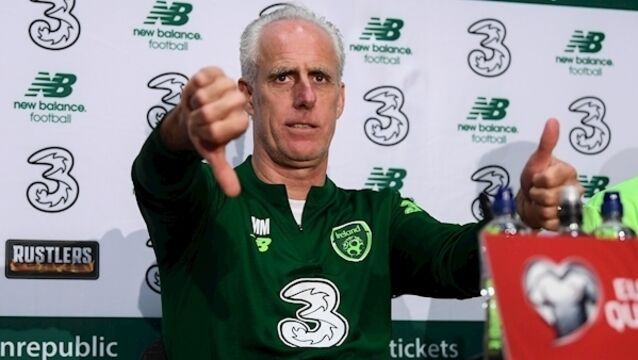 “I said in December 2018 when I took the job that I’d be leaving on July 31 2020 come what may and that’s still the case, albeit of course it’s been brought forward because of what’s happening worldwide,” he said. 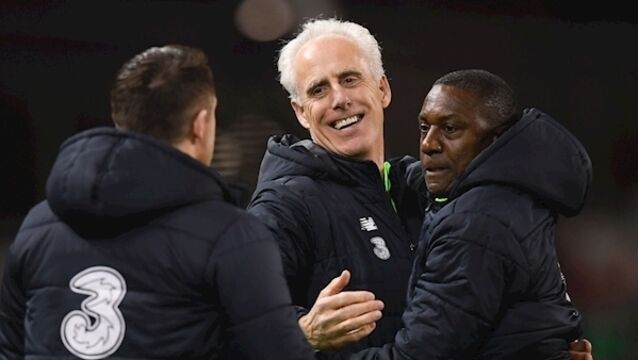 Mick McCarthy's second run as Irish manager has come to an end.

McCarthy optimistic on McClean and Stevens

McCarthy gets good news on McClean and Stevens

McCarthy: Shane Long 'back where we need him to be'

Mick McCarthy says Shane Long is “back where we need him to be” to stake a claim for a place on the plane to Slovakia, while the manager is prepared to give Ciaran Clark and James McClean as long as he can to see if they are able to recover from injury in time for Ireland’s Euro 2020 play-off on March 26.

Though a player of his quality will inevitably find himself repeatedly linked with a move back to England, Shamrock Rovers playmaker and Irish international Jack Byrne appears happy to be settling in for the long haul with the Hoops this season.

Mick McCarthy says that Adam Idah has put himself “right into our thoughts” with his sensational hat-trick for Norwich in their 4-2 FA Cup win at Preston.

Mick McCarthy: 'VAR is ruining football as a spectacle'

Mick McCarthy has claimed VAR is ruining football after admitting referees used to get “95%” of decisions correct anyway.

Parrott will become the third youngest ever Irish international on Thursday week in a friendly that will act as an audition for the decisive Euro qualifier against Denmark.

Blackburn Rovers defenders Darragh Lenihan and Greg Cunningham have been called up for the Republic of Ireland's Euro 2020 qualifiers this month.

Baby steps but significant ones. That was Mick McCarthy’s assessment after witnessing James McCarthy’s first appearance in a Crystal Palace shirt.

The squad for the Euro 2020 qualifier against Switzerland will be announced on Friday.

Richard Dunne reckons that, for his old team-mate Robbie Keane, the benefits of double-jobbing with Ireland and Middlesbrough outweigh the risks.

The Ireland manager is considering Birmingham City’s new recruit for inclusion in his squad for the upcoming Euro 2020 qualifier against Switzerland.

Portsmouth’s new signing Marcus Harness has confirmed that he intends to declare for the Republic of Ireland.

International football doesn’t ravage the energy reserves as relentlessly as the domestic English game in which Mick McCarthy was so long immersed but the Republic of Ireland manager is clearly looking forward to the summer recess.

Never a man to turn a drama into a crisis, Seamus Coleman tried to turn the temperature down on the latest meeting of old foes in Copenhagen.

Twelve months after an injustice undid them at the Euro U17 finals, Ireland were again left fuming by a refereeing decision in the tournament.

And upon this rock he will build his church

It’s the second coming of Mick McCarthy and upon this Rock he will build his church.

McCarthy saw both current and potential Ireland internationals notch goals on his scouting trip on Saturday.

In from the cold? The thirty-somethings Mick McCarthy may call on in 2019

In contrast to soundbites of rebuilding and transition by his predecessor Martin O’Neill, injected into the mission statement from Mick McCarthy is a reality check in pragmatism.

'It was an honour to represent you': Robbie Keane officially retires from professional football

Robbie Keane has officially announced his retirement from professional football.

"I won't be leaving with any regrets. I have given everything for Ipswich Town and I will see out my contract in the same way."

Former Ireland boss Mick McCarthy endured a disappointing 25th anniversary in management, as his Ipswich side were comfortably beaten 3-1 at Cardiff City on Saturday and he admitted afterwards that the Blues are in a Championship relegation scrap.

Claudio Ranieri: Leicester on the verge of ‘something special’

Claudio Ranieri says his Leicester side are on the verge of &ldquo;something special&rdquo; but warned they cannot take their foot off the gas in Denmark tonight.

Hot-shot Daryl Murphy ready to step it up for Ireland

If it was all about form, then Daryl Murphy would walk straight into the Irish team for the crunch European Championship qualifier against Scotland.

Mick says Ipswich his only route to big time

Mick McCarthy says Ipswich represent his best chance of a return to the big time as he doubts a Premier League club will employ him.

The Law Society of Ireland could face a class action for compensation by clients of Thomas Byrne, the solicitor jailed for committing one of the biggest frauds by a legal professional in the history of the State.

... but McCarthy remains in running for Ireland return

Another manager sacked at Wolves

In the company of Wolves

Grass isn’t always greener — you hear this saying quite a lot in the football world and, in the case of Wolverhampton Wanderers, it’s probably something that has run through the owners’ mind a gazillion times since their decision to relieve Mick McCarthy of his very successful tenure as the manager in February of last year — especially when they are now a further three managers down the line and, going into last night’s game against Watford, in the bottom three of the Championship.

Former Ireland boss Mick McCarthy was under no illusions about the size of the task in hand after taking over as manager at the Championship’s bottom side Ipswich Town yesterday — admitting the Suffolk club is a“million miles” from returning to the top flight.

Mick McCarthy has been named the new manager of npower Championship strugglers Ipswich.

Mick McCarthy is expected to be named the new Ipswich manager this morning.

The Premier League may be a global operation but there are times when it cannot disguise its insular roots.

Stephen Hunt has committed himself to Wolves’ fight for promotion back to the Barclays Premier League.