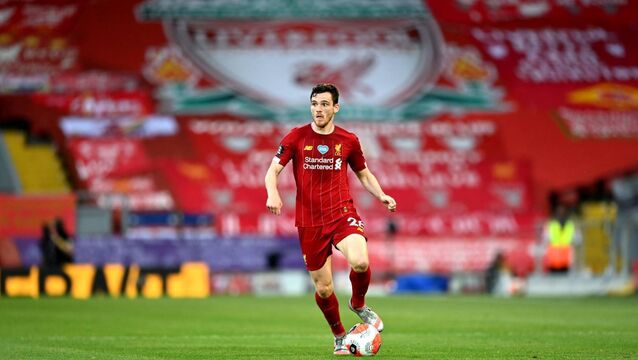 From The Barnes to The Robertson, 30 years of Liverpool jerseys

As Liverpool's wait for a league title ends,Alexander-Arnold and Andrew Robertson goes through the good and the bad of the Reds' kits across those 30 years. 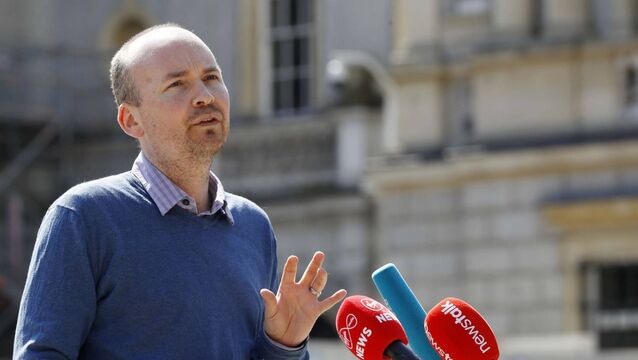 Covid fallout 'not a return to austerity'

The Irish Fiscal Advisory Council says that it does not expect the Covid-19 recession to cause the kind of austerity seen in the economic crash, but has warned that Ireland will need large amounts of funding for new borrowing. 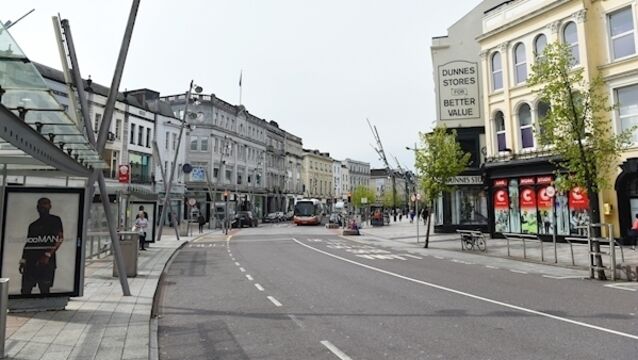 Ireland facing €30 billion deficit, as economic cost of coronavirus to be revealed

The devastating impact of the Coronavirus on the economy will be laid bare to the Oireachtas Covid Committee tomorrow, with members to be told that Ireland is facing a deficit of €30 billion.

Government talks will continue between Fianna Fáil, Fine Gael and the Green Party this morning.

Less is more: Building case for the four-day week

Remote working has helped companies around the world to stay open during the virus crisis. It's a key building block to build the case for reduced hours in the workplace, says an entrepreneur who say we are more productive when we work four days a week.

Beirne adapts to the cards he is dealt

Tadhg Beirne isn’t about to start fretting over Typhoon Hagibis and its progress through the Pacific.

Michael Conlan is promising a career-best performance as he returns to action in Belfast this weekend.

An “isolated” man who sexually exploited 24 girls through Skype, WhatsApp, and other online communications has been given a six-year sentence, with half of the term suspended.

Angela Barnes will be tickling Kilkenny crowd at Cat Laughs

Cat Laughs-bound Angela Barnes reckons she got some of her humour from her dad, who ran a sex shop in the UK, writes Richard Fitzpatrick

Terrace Talk: Liverpool - Pucker up, or waste those prayers on Brendan. Your call.

A centimetre denied Mane a goal at City, while another confirmed Aguero’s goal at Burnley. Those are the margins we live by now.

They always remember the last man standing, the man with the match ball in his hand when the final whistle sounds. Wayne Hutchinson was that man in Thurles last November when Ballygunner finally claimed that elusive second AIB Munster club SHC title.

Watford failed to deliver a fitting tribute to their former chairman Graham Taylor after they were held to a goalless draw by Burnley at Vicarage Road.

Chicago, November 2016 will forever be seared into the minds of Irish rugby supporters, for obvious reasons. The place and time of a first victory over New Zealand in 111 years has that effect and it was a moment to be savoured.

Burnley blast four past Bournemouth to move off bottom spot

Burnley ended their miserable start to the Premier League season in style with a thumping win over Bournemouth at Turf Moor to climb off the bottom of the table.

The Government is being warned not to increase Budget spending by more than €3.5bn this year.

Former Fine Gael TD Monica Barnes has died at the age of 82.

Pep Guardiola: Manchester City not out of sight

Pep Guardiola disagrees with rival manager Jose Mourinho that the Premier League title race is as good as over.

Jesse Lingard&rsquo;s second-half heroics may have plastered over some of the cracks in Manchester United&rsquo;s season, but Jose Mourinho was left to count the cost of a damaging six days.

Leinster will have to do without in-form Ireland prop Cian Healy for the Christmas and new year interprovincial derbies after he was suspended for three weeks last night.

Burnley climbed into the Champions League places as Ashley Barnes' late winner earned them a 1-0 victory over troubled Stoke.

Carl Frampton got back to winning ways at Belfast&rsquo;s SSE Arena on Saturday night, the former unified world champion racking up a hard-fought victory over Horacio Garcia.

Victory over Newcastle moves Burnley up to seventh

Sean Dyche celebrated his fifth anniversary as Burnley manager with a 1-0 victory over Newcastle that moved them up to seventh.

Ballygunner came out on top in this epic Munster club SHC quarter-final at Walsh Park after extra time.

Tesco saw its strongest sales growth at its Irish operations in five years in the past three months despite grocery prices continuing to fall.

Five titles in seven years. Four of them after finals won on the slimmest of scorelines, the other by the positively luxurious margin of three points. The instinct is to look at yesterday&rsquo;s events through the prism of Mayo&rsquo;s heartache but this is a story dictated by Dublin.

Search for mother who has gone missing with two young children

Police have launched a CCTV appeal to find a mother reported missing with her two young children.

Newly crowned European Elite champion Joe Ward is being targeted by pro promoters in the countdown to the World Elite Championships which begin in Hamburg, Germany, on August 25.

A canned favourite, tuna is difficult to assess health-wise. Fresh, it has plenty of healthy omega fatty acids, but cooked and canned, the processing leaves it with far less and about half the amount of vitamin D.

While many star boxers fall over each other to offer sanctimonious proclamations that the much-hyped meeting of Floyd Mayweather Jr and Conor McGregor is a nail in the sport&rsquo;s coffin, three-time Olympian Paddy Barnes takes a different view.

Misses and errors kick in teeth for Neil Jenkins

If anyone should be worried about missed penalty kicks from the Lions it is skills coach Neil Jenkins.

Paddy Barnes is keen to silence his doubters when he returns to the ring this summer at Belfast&rsquo;s Waterfront Hall.

Even when everything goes right, boxing still manages to have a problem

&ldquo;Hands were made for hitting people,&rdquo; Mickey Duff once argued.&nbsp;Then again, he would have said that, wouldn&rsquo;t he? asks Brendan O&rsquo;Brien.

Hopes of reclaiming Ireland&rsquo;s prominence in the boxing ring at the 2020 Olympic Games in Tokyo are being undermined by a high performance system roundly criticised by the &lsquo;Rio Review&rsquo;, according to heavyweight Darren O&rsquo;Neill.

For Simon Barnes the Sacred Combe is the Luangwa Valley in Zambia. It is a place to which he returns regularly, sometimes for up to two months.&nbsp;

Liverpool 2 Burnley 1: With one casual, but extremely accurate, swing of his right boot, Emre Can settled this unpredictable game and possibly shifted the momentum of Liverpool&rsquo;s troublingly inconsistent season.