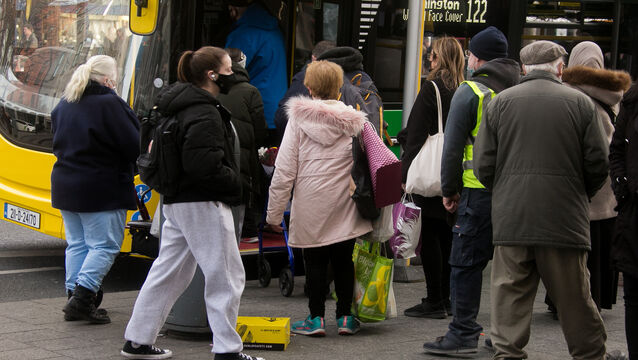 A 'kids go free' campaign could also be rolled out on certain services, it under consideration. 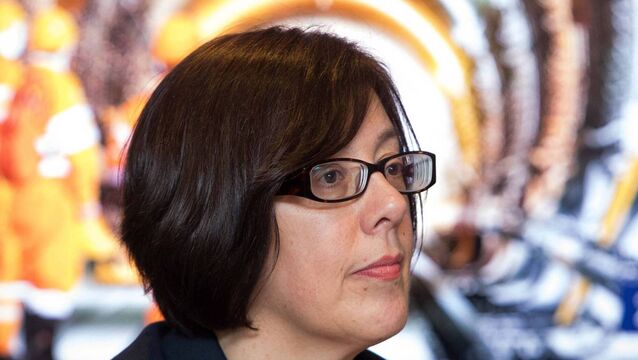 NTA boss to say body has been 'significantly under-resourced'

Among other things, the National Transport Authority is responsible for developing the Metrolink and BusConnects 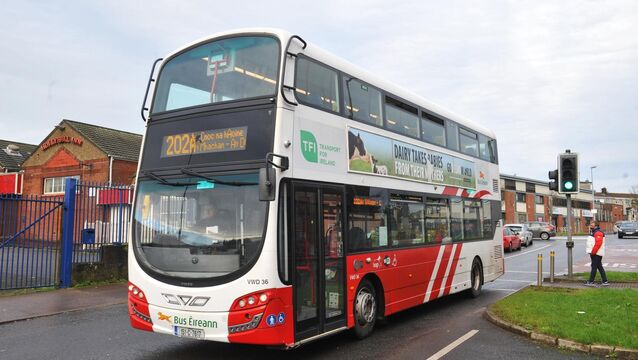 Public invited to contribute to the planning process, including an online public meeting next Tuesday

Public transport will be under pressure if 2m rule remains in place, NTA say

The chief executive of the National Transport Authority (NTA), Anne Graham has said that public transport services will remain under pressure while the two metre physical distancing guidelines remain in place.

The Government has launched a new campaign on face coverings, urging people to use them where social distancing is not possible.

More public transport services, such as buses, can be added at off-peak times if necessary, according to the National Transport Authority.

Health Minister Simon Harris has today issued a plea to the Irish people not to "clock up contacts" in Phase 2 of the reopening of the country's economy.

Public transport services to be restored to pre-Covid schedules

Bus and train services across the country are to be restored to pre-Covid schedules from Monday.

Business leaders in Cork have called for the immediate delivery of "quick win" public transport upgrades contained in a landmark €3.5bn transport strategy for the metropolitan region.

Irish Examiner View: A new culture on climate change - All too blasé on the crisis of our time

Time for a new culture on climate change.

Extended upgrade proposals are being considered along one of Cork’s busiest roads in a bid to deliver the city’s first BusConnects-style transport corridor after the original plans were shot down last summer.

Some 290 million passenger journeys were taken on public transport last year, an increase of 24 million from 2018.

Dubliners have been given more time to have their say on the latest plan for the redesign of the city's bus network.

The National Transport Authority has rejected accusations of “gross mismanagement” after it emerged it is paying agency staff working for it double what it is paying its own full-time staff.

The new Bus Connects plan for Dublin is promising a 22% increase in the level of service for commuters.

The chairman of the Public Accounts Committee has criticised one of the country’s most senior civil servants for making “zero effort to answer the questions” posed by the committee regarding the Public Services Card.

Taxi fares to increase by 4.5% next year

It is proposing the increase due to the rise in the cost of running a taxi service.

Luas driver: 'Racist abuse from the elderly is the worst'

No room on board for racism: Transport providers launch anti-racism campaign

The country's main transport providers are joining forces to launch a new anti-racism campaign across the public transport system.

NTA doubled spending on walking and cycling infrastructure in last year to €21.6m

The National Transport Authority has almost doubled spending on walking and cycling infrastructure over the past year. It is also in the process of establishing a cyling office.

Irish Rail has begun a tendering process to acquire up to 600 electric or battery-electric powered carriages over the next decade to create the largest and greenest fleet in Irish public transport.

The DART expansion is a €2bn investment under Project Ireland 2040 which will see the capacity of the rail network transformed through investment in up to 300 new carriages, according to Irish Rail.

Cork to be 'most walkable city' in transport plan

Cork can be the most accessible city in Ireland if public transport, cycling and walking routes are implemented en masse, or it could become even more congested if present policies are continued.

The company said it carried over 83 million passengers in the last year, an increase of 6.3%.

The National Transport Authority says it hopes to achieve some quick-wins on the bus and rail network once its ambitious €3.5bn transport strategy for the greater Cork area is adopted.

Tough choices will have to be made to allow delivery of a landmark €3.5bn transport strategy for the greater Cork area which includes a €1bn tram system and a €700m plan to upgrade the bus, rail, and bike networks.

The National Transport Authority has launched a ‘Taxi Driver Respect’ campaign to encourage customers to show respect for taxi drivers.

The cost of the long-awaited MetroLink project could be substantially higher than the original €3bn figure.

Seven third-level education and research institutes in Cork, attended by some 48,000 staff and students, have united to call for better cycling infrastructure.

The National Transport Authority (NTA) says a 60% boost in journey figures on Ireland’s first 24-hour city bus service proves that commuters will use buses more if the service runs when and where they need it.

Rural drivers should be given new licences which allow them to pick up passengers for a set price within 15km of their homes in a bid to clamp down on ongoing drink driving concerns.

&ldquo;Major industrial unrest across the public transport system&rdquo; has been threatened if the Government continues to outsource public routes to the private sector.

Latest: Don't expect improvement in Luas services until May as crisis meetings continue

Latest: New longer trams designed to ease overcrowding have been taken out of action because of an unnamed fault.

Free travel for kids up to five kicks in tomorrow

Kids up to the age of five will be able to travel on all public transport for free.

The Citizens&rsquo; Assembly is to meet this weekend to discuss and make recommendations to the Government on how Ireland can be a leader in tackling climate change.

The National Transport Authority said more lanes of car traffic may be lost in Dublin to give way to buses.

Racist incidents are on the rise in Ireland.

The number of taxi inspections has trebled thanks to a new app which gives inspectors real-time information about the vehicle and its driver.

Hopes rise that Bus Éireann strike can be resolved

As passengers this morning face into a 20th day without Bus &Eacute;ireann services, there is a possibility the Labour Court could produce a recommendation which will stop the strike spreading to day 21.

The National Transport Authority has been accused of having an agenda &ldquo;which is clearly supportive of the privatisation of transport services&rdquo;.

The Phoenix Park Tunnel line is now open to commuters for the first time in more than a century, connecting stations between Kildare and Dublin.

Continued under-investment in Irish rail services threatens to impact on the safety and quality of services, Irish Rail&rsquo;s CEO has warned.

More than 2.3 million journeys have been taken on public bike schemes in Belfast, Cork, Dublin, Galway and Limerick in the first six months of 2016, amassing an estimated distance of almost five million kilometers on the rented bicycles.

New campaign seeks to drive out racism from Ireland

The Immigrant Council of Ireland has seen an 11% increase in the number of racist incidents which have been reported to it with physical violence involved in 13% of the incidents.