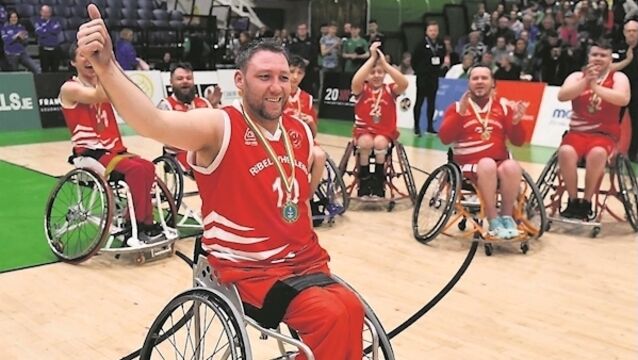 It's a story Derek Hegarty hasn’t told in quite a while. Those who know, know. Those who don’t tend not to pry. 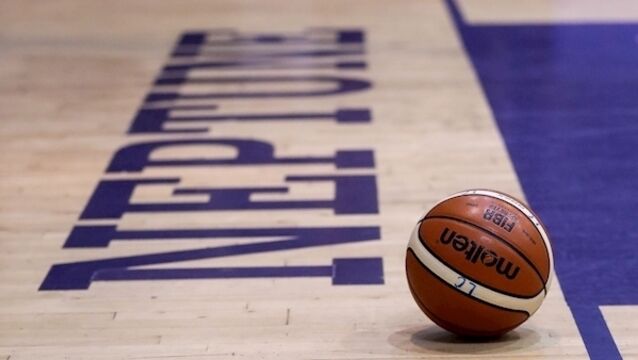 DCU Mercy are one game away from winning the Women’s Super League following a hard fought 82-72 win over Singleton’s Supervalu Brunell. 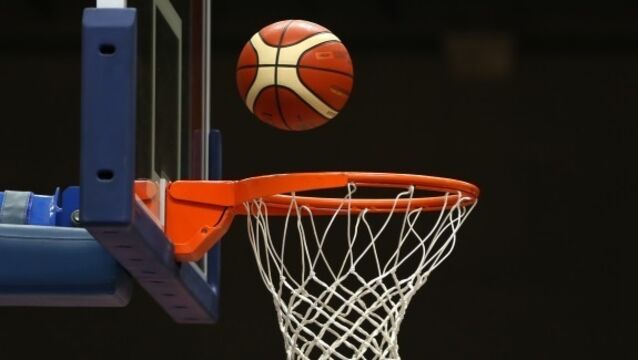 Killester end 15-year wait for Cup with victory over Brunell

Basketball wrap: Eanna brought back to earth with a bump

It's 10 years they’ve had it like this now: the Cup weekend back in Cork and a festival of hoops moving between the grand houses of the game, known to the locals as The Hall, the Mardyke and The Shed, though the rest of the country would know the latter more commonly as the Neptune Stadium.

Eanna coach Darrem McGovern believes his side were at the wrong end of a vital decision in this game.

Griffith College Templeogue are targeting three wins from three in the Men’s Super League when they host Belfast Star on Saturday night.

The dates and venues have been finalised for the Hula Hoops National Cup semi-final weekend in Cork next month.

Basketball Ireland chiefs have confirmed that one of the most storied names in the sport, seven-time National Cup champions UCC (Blue) Demons have withdrawn from next season's Men's Superleague.

In a town like Tralee and a county like Kerry, mention or sight of a football is never far away.

Three years ago the Tralee Warriors did not exist, though the idea of an amalgam of the various clubs in the town was beginning to ferment in the mind of a fella called Kieran Donaghy.

Tralee is buzzing for hoops. The Complex is gripped by Saturday night fever. Even football people are backing the basketball team in their droves and they’re not just following the Star. First cousins Darren and Fergal O’Sullivan are important figures in the Tralee success story. Ahead of tonight’s National Cup semi-final with Pyrobel Killester at the Mardyke Arena, they explain how a town became united behind the Warriors

This wasn’t just about scrapping for the sweet, if short term prize of a National Cup final berth on January 27. This was about marking out territory in Cork for the future.

Women’s Superleague: Brunell and Mathews boosted ahead of Cup clash

Singleton’s Supervalu Brunell and Fr Mathews both had impressive wins before their highly-anticipated Women’s National Cup semi-final next Friday night at Neptune Stadium.

"It has surpassed even my wildest dreams, that a basketball kid from Tralee would end up playing 69 times in the championship over a 14 year period for the famous Green and Gold."

Templeogue's Jason Killeen is looking forward to the new basketball season but speaking at yesterday’s Basketball Ireland launch, he said predicting the league champions would be “very, very difficult to call.”

He suffered heartache and bitter frustration in the dying moments of the National Cup final, but there was a tincture of consolation yesterday for passionate UCD Marian head coach Ioannis Liapakis, named SuperLeague coach of the year.

To DCU the glory, for Glanmire, heartbreak

‘Teach them how to play, not teach them plays’

Mark Ingle is one of the most familiar faces on the Irish women&rsquo;s basketball&nbsp;scene,&nbsp;if one of the most hidden figures in assisting Jim Gavin&rsquo;s Dublin. But football isn&rsquo;t on his radar this cup finals weekend as his DCU Mercy team bid to stop old friend Mark Scannell&rsquo;s Glanmire from claiming the five-in-a-row.

UCC Demons 77 Templeogue 98: They hadn&rsquo;t even started sweeping the floor at the Mardyke Arena on Saturday night when the barbs kicked off.

Glanmire conditioned for the drive for five

Glanmire 77 Brunell 66: The sheets of post-match statistics don&rsquo;t lie, but they don&rsquo;t always capture the cut- through narrative of a ball game.&nbsp;

Neptune 82 Killorglin CYMS 87:Though they had beaten their hosts in the league at Neptune Stadium, only the white heat of a National Cup semi final would thrust a surging Killorglin outfit into the pressure cooker they needed to truly interrogate their wellbeing.

Ambassador Glanmire UCC are going to the National Cup semi-final weekend, but their build-up&rsquo;s been a little different this year.

Why Cork gives a homecourt advantage for basketball

Basketball is poised for its annual Cork extravaganza, as almost 500 players from across the country head south for the National Cup semi-finals weekend.

Demons tank in Cup prep as O’Reilly frets over direction

As tee-ups go for their most important game of the season thus far, this was about as ugly a knock-down as UCC Demons could have feared, writes&nbsp;Tony Leen

It&rsquo;s as much a part of Cork sporting folklore as Flower Lodge or P&aacute;irc Ui Chaoimh, as the Mardyke or Turner&rsquo;s Cross. But the storied basketball crucible that is the northside&rsquo;s Parochial Hall will fall silent next month when the National Cup semi-finals are played out on Leeside.

The postponement of reigning champions, Glanmire&rsquo;s National Cup quarter-final, against Killester, yesterday, was one of the big talking points of a hectic cup and league weekend.

Basketball: More than pride at stake for Glanmire in Cork derby

UCD Marian are the only unbeaten side in the Men&rsquo;s Super League following their impressive 78-72 away win over champions Templeogue.

Team Ambassador UCC Glanmire will put their Women&rsquo;s Super League title on the line tomorrow at the new WIT Arena court when they face Killester in the semi-final.

UCC Ambassador Glanmire 61 Courtyard Liffey Celtics 48: Not a game to remember but the achievement will live in the memory.

Once, back in New York, Ron Artest AKA Metta World Peace dubbed him Superman. But 17 years ago, he came to Ireland, where he had to get used to paying to take a shower, but where he also lit up courts across the land. Now 42, tonight he takes one more shot at National Cup glory.

Three of us hunched around a small table beneath the UCC Mardyke gym in Cork and there are no giveaways that Claire Rockall and &Aacute;ine McKenna are history-chasing Glanmire and Ireland international basketballers. Proven winners.

A masterclass from veteran Killester American Jermaine Turner was key to an unexpected 81-69 win over UCD Marian in the Men&rsquo;s National Cup semi-final.