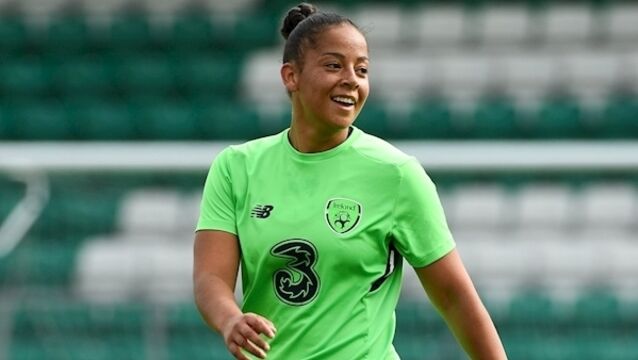 A jarring halt for Rianna Jarrett

When Rianna Jarrett made a sensational debut for Brighton on February 25, scoring twice in an FA Cup win against Crystal Palace, she couldn’t possibly have imagined that her first game for the club would also be her last, at least for this season. 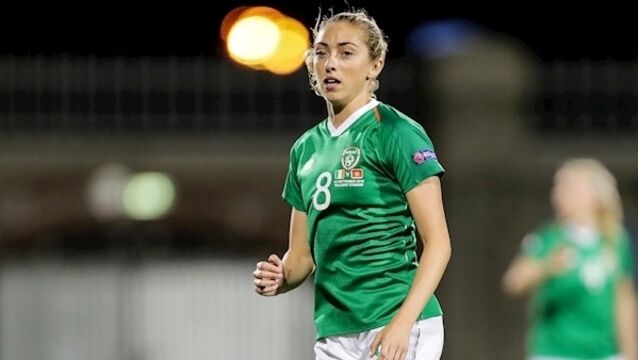 Megan Connolly has been ruled out of Ireland’s Euro 2021 qualifier against Greece in Tallaght on Thursday. 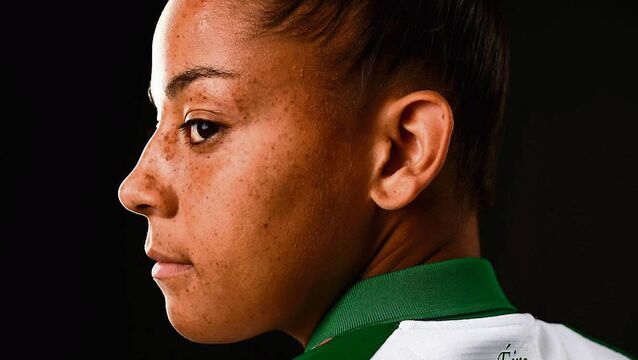 Rianna Jarrett can vividly recall the turning point — an ultimatum issued by the fitness coach of the men’s Ireland’s senior team.

The Grass Ceiling knows no bounds

The decision was made by the Club Licensing Committee.

A bumper weekend of sports success for Irish women will “inspire the next generation of players and might even change opinion” towards female sport, says Mary O’Connor

Wexford retained their FAI Women’s Cup thanks to a winner from captain Kylie Murphy in a five-goal thriller against Peamount at Lansdowne Road.

Sinnott: Youths determined to grasp another shot at silverware

After Montenegro were throttled 10-0 by Germany in their campaign opener at the weekend, Tom O’Connor should achieve a 100% competitive record as Ireland women’s team manager against the minnows tonight.

The result means the Women's National League Champions sit in second spot in Group 10, with their final group game on Tuesday against Maltese side Birkirkara.

Wexford Youths boss Tom Elmes rued his side’s failure to take their chances as they suffered defeat in their Champions League opener in Lithuania yesterday.

Jarrett soars but Ajax still a class above

Republic of Ireland striker Leanne Kiernan has earned a move to West Ham.

Lee Chin, a full-time hurler with Wexford, has admitted he supports the idea of a special allowance for inter-county players, though claims it won&rsquo;t happen anytime soon.

“We’ll just go out and prove them wrong!”

Like much of last season, there was an element of farce to the FAI&rsquo;s launch of the women&rsquo;s league yesterday ahead of the first series of games this weekend, writes John Fallon.

Grotesque abuse hurled at Cyrus Christie online came to the fore this week, the latest example of how football, and sport in general, continues to battle the scourge of racism.

‘They were tough times. I don’t know what kept me going. I just love playing soccer’

Katie McCarthy holds the record for the most appearances with Cork City Women&rsquo;s FC, having played since the club&rsquo;s foundation, in 2011, bar an 18-month spell between DLR Waves and Wexford Youths. Tomorrow will be her 72nd appearance and her first in the FAI Women&rsquo;s Cup final.

For Ryan Delaney, Cork City&rsquo;s loan ranger, the credits will roll as he rides out of town at the end of Sunday&rsquo;s FAI Cup final. And his fervent hope now is that it will be a case of hi-ho, more silver and away.

Defender Ryan Delaney will make his final appearance at Turner&rsquo;s Cross for Cork City on Friday night after manager John Caulfield confirmed the defender is on his way back to English Championship side Burton Albion.

The people of Wexford have been voting with their feet but Lee Chin doesn&rsquo;t feel the appointment of Davy Fitzgerald has added any pressure to the panel as they target promotion from Division 1B of the Allianz League.

It's win or bust for First Division clubs

Possibly nothing more cogently expresses the mixture of dismay and desperation felt across the League of Ireland First Division at the scrapping of the promotion-relegation play-offs than the proposal, aired at a meeting of club representatives in Wexford last week, that the top three teams in the second tier would take part in an internal play-off at the end of this season, with the front-runners facing the winners of second v third in a one-off game to decide promotion to the 10-team Premier Division in 2018.

Ireland 4 Iceland 1: Ireland will enter the elite qualifying stage of the European Women&rsquo;s U17 Championship as top seeds after last night&rsquo;s 4-1 victory over Iceland finished off a perfect weekend.

Two goals down going into the decisive away leg of their First Division promotion play-off against Drogheda United, the situation looks pretty daunting for Cobh Ramblers.

Ireland hit the Faroes for six

Cork City 5 Wexford Youths 0:&nbsp;With Dundalk clinching the SSE Airtricity League Premier Division for the third season in a row on Sunday night, runners-up Cork City showed their professionalism with a demolition job on a woeful Wexford Youths at Turner&rsquo;s Cross last night as they signed off for the season in front of their own fans in fine style.

Dundalk 2 Bohemians 1:&nbsp;Three, they say, is a magic number &mdash; and it certainly felt like it at Oriel Park last night as Dundalk players and fans jubilantly celebrated a hat-trick of league titles.

The title is on the line at Turner&rsquo;s Cross this evening but not in the way Cork City would have hoped it would be just three games ago.

Harps and Youths in desperate scramble for points

With title chasers Dundalk and Cork City not in action until tomorrow, much of the attention in the SSE Airtricity League tonight switches to the bottom end of the Premier Division table with Finn Harps and Wexford Youths hoping to edge a little closer to safety respectively.

With title-chasers Dundalk and Cork City not in action until tomorrow, much of the attention in the SSE Airtricity League tonight switches to the bottom of the Premier table with Finn Harps and Wexford Youths hoping to edge a little closer to safety.

Dundalk ‘ready to go’ against Candystripes

The big games are coming thick and fast for Dundalk as the champions continue the defence of their league crown at home to Derry City tonight (7.45pm, live on RT&Eacute; 2).