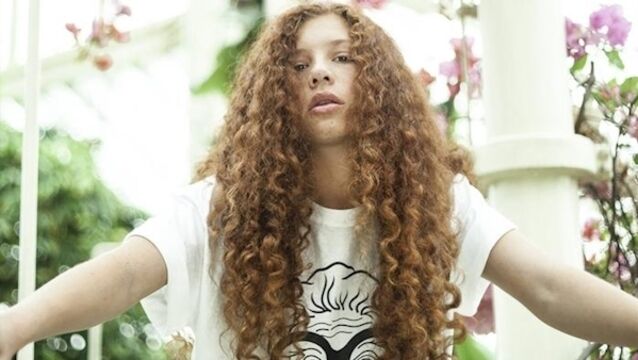 Trend of the Week: Sustainable style

Step lightly in clothes that don’t cost the earth. 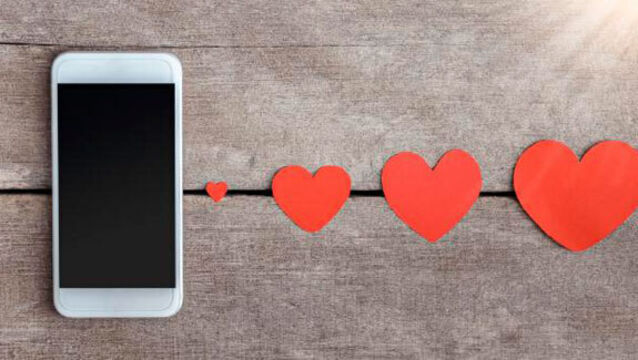 Dating: Love in the time of lockdown

Going on a date is out of the question until the current restrictions on movement are lifted. Deirdre Reynolds talks to the experts and innovative singletons who are finding new ways to make heart connections. 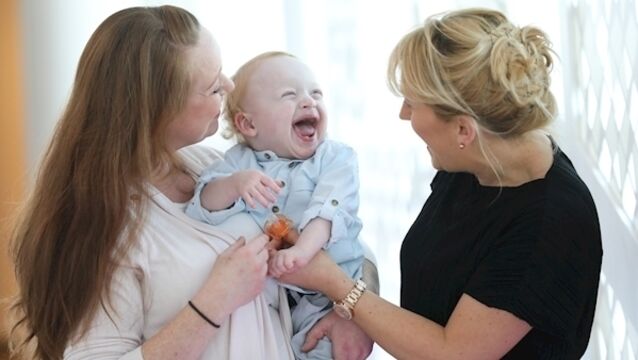 The Jack & Jill Children’s Foundation has issued what it called an “SOS appeal for donations” as it faces a gaping €500,000 hole in its finances.

Looking to keep busy while indoors? Here are a few ideas

Everyman's outstanding Jack and the Beanstalk ticks all panto boxes

I go for a quick run with Jasper the dog (he runs, I walk)

The Jack and Jill Foundation help Tracy with 50 hours nursing a month to give her a little break from the round-the-clock care that Willow needs.

So that’s nearly Monday wrapped up. Here’s some of the stories we published on irishexaminer.com today which we hope will help you make sense of it all this evening.

It’s not so long ago that Jill Hamilton was helping to save countless trafficked migrants from drowning in the Mediterranean Sea.

The head of clothing and home at Marks & Spencer has quit after less than two years with the company.

Tributes paid to 'bright, funny and popular' teen who drowned in Louth

The 14-year-old girl who drowned while swimming at Seapoint beach in Louth yesterday has been named locally as Jill Amante from Drogheda.

Edna O'Brien: Country Girls and me

As the stage version of Edna O’Brien’s classic novel tours to Cork and other centres, Marjorie Brennan hears from well-known figures about their experiences of the iconic book.

A Cork woman says she is living in fear because her abuser father is due to move into a house close to her home, having served his prison service for her rape.

"He had a great life and I took that away from him (by taking the case to court)," she said. "I just want him gone...He was not sorry at all (for what he did to me)."

Time to saddle up for Down Syndrome Ireland

Karen Murray talks to a fundraiser who has personal reasons for getting on his bike to help raise vital monies for Down Syndrome Ireland.

Here's how technology can shock you into a better life

Aversion therapy is back in vogue &mdash; and this time it&rsquo;s gone hi-tech.&nbsp;Caomhan Keane&nbsp;reports.

Tax changes ‘unfair’ for those with lower incomes

Tax changes in the budget are &ldquo;most unfair&rdquo; with those on higher incomes benefiting the most, according to Social Justice Ireland.

There comes a time in a parent&rsquo;s life where they realise their child will not have a notion about things in the past we took for granted, writes&nbsp;Colm O&rsquo;Regan.

These Cork cows are living it up

Jill Smith, a Co Cork dairy farmer, isn&rsquo;t retiring, but her herd is &mdash; to a sanctuary in England.

Leo Varadkar took his first bold step onto the pristine furrow &mdash; time stopped, breaths were held, and ploughing matriarch Anna May McHugh put her hands to her face in shock.

Is it easier for mums to go out to work or stay at home?

Andrea Mara&nbsp;tries to figure out: which is easier, going out to work or being a stay-at-home mother? Other mothers weigh in

WATCH: The adorable moment this dog and donkey are reunited in the Gaeltacht after a year apart

But traditional to any Gaeltacht love story, there’s a twist.

Jonathan Irwin, who is to step down as head of the Jack and Jill Foundation, says it has turned Lego bricks into a new currency to fund home nursing care for sick children.

Everyone should have universal right to a capital income

Yanis Varoufakis, former finance minister of Greece, looks at the proposal that everybody in society should be given an unconditional income.

With a series of live shows planned and an autobiography published this week, Phil Collins explains why he was unfairly tarnished with that &lsquo;divorce&rsquo; fax sent to his second wife, writes Hannah Stephenson

When Breda Banville was about to become Wexford federation president a few years ago, she visited Anita Lett&rsquo;s grave in Bree.

Ivanka Trump inadvertently made a contribution to the Clinton campaign

With the US Presidential Election in full swing, families of both candidates are in the spotlight.

Labels to watch out for: Five Irish designers you need to know about

Carolyn Moore meets five designers making their mark on the Irish fashion landscape &ndash; and asks what advice they&rsquo;d give to the class of 2016.

Little Logan Whelan Kelly wondered what all the fuss was about when his mum took him to Jack and Jill&rsquo;s Hares on the March art fundraiser in Dublin.

Jaytee Valencia dominates from the front at Curraheen Park

Jaytee Valencia ensured his name was first in the draw for next weekend&rsquo;s Gain Gup 2016 final when taking the opening semi-final on Saturday night at Curraheen Park. Paul Hennessy&rsquo;s dog, the 4-5 favourite, was first to show, and used the rails draw to lead Star Orchard to the turn.

THE bestselling author returns with another mystery featuring the sleuthing skills of Agatha Raisin.

Lombardstown ICA is hoping a fashion event in Glantane Community Centre next Thursday night will bring in new members.

Men urged to ask for consent first before sex

A campaign to get men to pop the question is being launched as rape crisis groups work to clear up any doubts about the importance of sexual consent.

Tom Hardy plays twin brothers Reggie and Ronnie Kray in Legend&nbsp;(18s), a stylish account of how the infamous villains rose to prominence during London&rsquo;s Swinging Sixties.

WATCH: This couple hilariously filmed a ‘drunken history’ video and played it at their wedding

Meet Justin and Jill - Justin, a magician and the host of The Food Network&rsquo;s Cupcake Wars and Jillian Sipkins, a photographer from L.A.

Class of 92 united at Neville funeral

The Class of 92 were united in mourning at the funeral of Neville Neville, the father of former Manchester United footballers Gary and Phil.

Pound Shop Wars (BBC1, 7. 30pm){element}Chief executive Chris Edwards takes a huge gamble by filling his new warehouse with £4million worth of stock he has pre-bought to fill the 40 new Poundworlds he plans to open within the next 12 months.

Special Report: Rural Ireland should not be pigeonholed

PUBLIC discussions about rural issues in Ireland often take a stereotypical view, taking extremes, either as a rural idyll or as a problem, writes&nbsp;Prof Cathal O&rsquo;Donoghue

Tributes as ‘Big Nev’ dies of heart attack in Australia

Tributes poured in for Neville Neville, father of former Manchester United footballers Gary and Phil, who has died after suffering a heart attack.

Mum of the year stayed strong after child’s death

Mum of the Year Olive Tumulty has ensured her daughter, Katie, who died last year, will never be forgotten.

Check out our guide to the best of tonight's TV.

Politicians, military leaders and celebrities from across the US have paid farewell to former Delaware attorney general Beau Biden, whose death at age 46 opened yet another chapter of grief for his father, vice president Joe Biden.

Beau Biden, who followed his father, US vice president Joe Biden, into politics has died of brain cancer at the age of 46, less than two years after he was diagnosed.