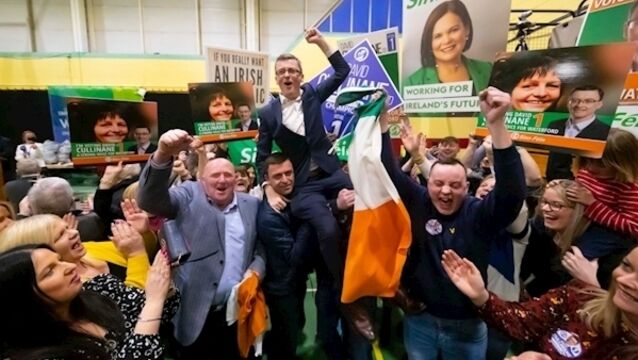 Fergus Finlay: voters want Sinn Féin to govern... but there are caveats

'As Sunday turned into Monday, FF began to lose seats they should have won. And by the end of the day, only a three-party government was possible. And doubts immediately began to creep in.' 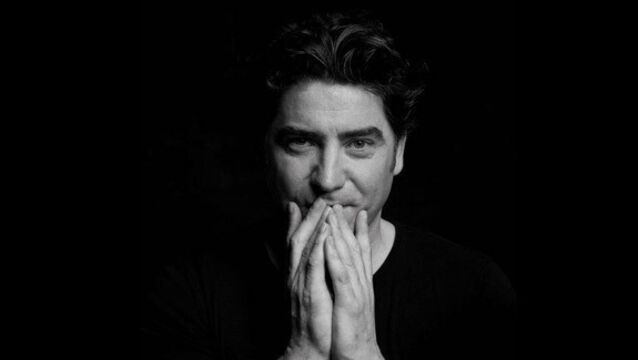 Brian Kennedy is selling a sizeable amount of his private art collection.

The islands of Ireland: The hidden church off the coast of Kerry

A test of character for Varadkar - Will he be a chairman or a chief?

Former FF senator Des Hanafin to be laid to rest

Charles Haughey's Balidaress: The horse that could have changed Ireland’s political history

In 1974, Charles J Haughey decided to sell a home-bred yearling filly against solid professional advice he should keep her. He should have listened. Over time, Balidaress was to develop into one of the most lucrative and influential broodmares of the 20th century. What if Haughey had changed his mind and kept her?&nbsp;Colm Greaves&nbsp;investigates.

The owners of one of the country&rsquo;s best-known pubs have appealed for the safe return of a family heirloom stolen from the premises on Saturday night.

THE first formal political deal with an independent deputy was concluded with Deputy Tony Gregory to support the government of Charles J Haughey in 1982.&nbsp;

The Haughey family has slammed claims made in a new book that former taoiseach Charles J Haughey turned down an operation that may have saved his life following a diagnosis of prostate cancer.

Assessing — and learning from — the legacy of Charles J Haughey

Charles J Haughey was born 90 years ago tomorrow. Biographer Ryle Dwyer examines his political legacy and the scandal that followed him

President Michael D Higgins has stressed the need for the State to protect and sustain the life and culture of Ireland&rsquo;s islands.

The events that set two students on their political course

On the 70th anniversary of the V-E riot in Dublin, Ryle Dwyer notes how the burning of the Tricolour spurred two young UCD students and future taoisigh into action.

Former Democratic Unionist Party leader Dr Ian Paisley has died aged 88, it has been confirmed today. Here is a selection of his most memorable quotes through the decades.

Charles J Haughey at his first Fianna F&aacute;il Ardfheis in 1980 as Taoiseach, correctly described the 6 counties as a "failed political entity".

Leo Varadkar, the health minister, has fired the first shots of the next general election campaign and warned that Sinn F&eacute;in&rsquo;s failure to tell the truth about its past means it cannot be trusted in government.

LYNN Barber has just published a memoir, A Curious Career, about her days as Fleet Street&rsquo;s greatest interviewer. Nobody can get to the nub of a celebrity like &quot;the demon Barber&quot;.

President Higgins has been wise to hold onto the middle initial &lsquo;D&rsquo; in his name.

Don’t treat us like idiots, give us the transparency we are paying for

I CAN remember when transparency was a political cliché.

The Irish public has been left hanging when it comes to getting a full explanation about who knew what and when in the phone-tapping scandal of the 1980s, writes Ryle Dwyer.

The lives of Irish people will not change overnight as the once financially-crippled country exits its international bailout, Taoiseach Enda Kenny has warned.

A CLOSE friend’s warning to Michael Collins not to go on that ill-fated visit to West Cork, and a lack of bitterness in ex-taoiseach Sean Lemass following the death of his brother in the Civil War — these are just some of the insights provided in a new series of interviews relating to the struggle for independence.

Excavating a story from the bare bones of facts

Author Joe Joyce speaks to Declan Burke about his latest offering, a tale set in Dublin in 1940 — a time of intrigue, betrayal and espionage

Reasons for a resurgent Fianna Fáil to be cheerful, parts one to eight

FOR those stricken with disbelief at Fianna Fáil’s resurgence in the opinion polls, here are eight factors that party currently has going for it.

I’M standing in a Georgian building in Dublin, staring at a jar of honey.

The death has occurred of Canon Jackie McKenna, an accomplished and decorated Gaelic footballer, who was one of the best-known priests in the Kerry and Cork region.

The Broadcasting Authority of Ireland has given €1m towards the cost of making a €4m three-part series on the life of former taoiseach Charles Haughey.

All thoughts are with the Gargan and Dunne families as the moment they had long feared has come to pass.

The murder of innocence

It’s 30 years since the “grotesque, unbelievable, bizarre and unprecedented” events that led to the resignation of the attorney general, writes Richard Fitzpatrick

There has been a lot of suggestions in the media about the naming of the new Liffey Bridge. I propose it be named after the greatest taoiseach this country has produced, Charles J Haughey.

Would Charles J Haughey, the former taoiseach, be turning in his grave to know his beloved Abbeville is now home to six resident caretakers with access to all areas right across his former domain?

Haughey’s pride and joy Abbeville hits the market for €7.5m, but the price is relative

Abbeville and its grounds, which were the site of the home of former taoiseach Charles J Haughey, are up for sale for an asking price of €7.5m.

Kinsealy up for sale

The former home of ex-Taoiseach Charles J Haughey is up for sale with a pricetag of €7.5m.

They say people in glass houses shouldn’t throw stones. But, from the second floor of the National Convention Centre in Dublin, Leo Varadkar couldn’t resist hurling these insults at the opposition parties.