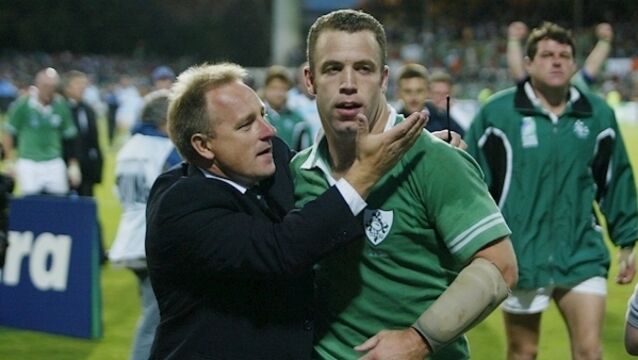 ‘My son had gone to bed with a migraine he was so stressed after the Ireland game. He was ten’

Eddie O’Sullivan curls a smile and offers a bald, one-word answer when asked to sum up his experiences of Rugby World Cups. 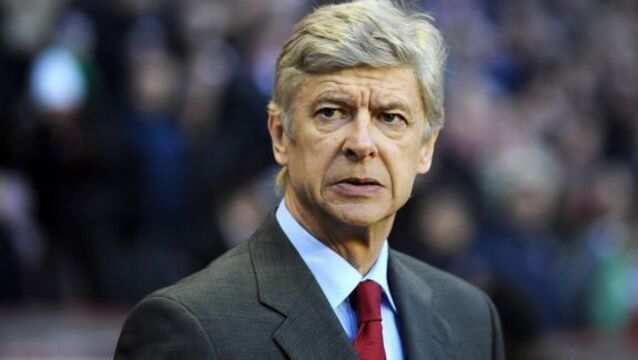 Every game a cup final from now on, warns Arsene Wenger

Arsene Wenger admits every game from now until the end of the season must be treated as a cup final if his side is to reel in Antonio Conte&rsquo;s Chelsea. 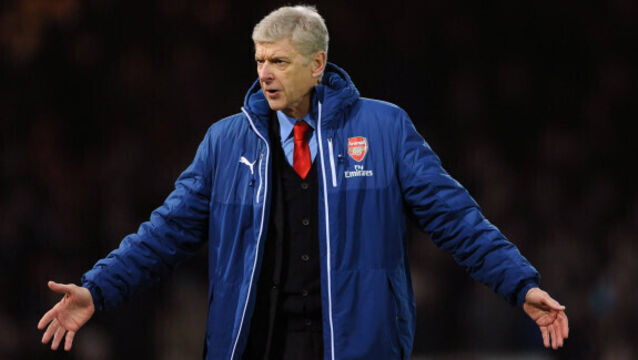 Arsene Wenger has warned of the &ldquo;danger&rdquo; of astronomical wages being offered by Chinese Super League clubs becoming the benchmark for the Premier League&rsquo;s top talent.

Football Association chief executive Martin Glenn has written to England supporters warning them further disorder at Euro 2016 will not be tolerated.

US:&nbsp;An American Twitter user has been sent dozens of messages meant for England coach Roy Hodgson &mdash; because his user name on the site is @woy.

Five things we learned in the opening games at the Euros

England and Wales had contrasting fortunes in France...

Sergio Aguero served up a reminder that there is life before Pep Guardiola for Manchester City.

Chelsea&rsquo;s recruitment of young talent is under scrutiny after it emerged Burkina Faso international Bertrand Traore played for their U18s side when aged 16, a breach of Fifa regulations.

Video and gallery: Hard to find the silver lining in Argentina defeat

If the past week felt like something akin to a funeral, with stories of a career well led doing endless rounds following Paul O&rsquo;Connell&rsquo;s World Cup-ending injury, the wake may just have begun.

It&rsquo;s been eight years since he terrorised Eddie O&rsquo;Sullivan&rsquo;s crew at a World Cup, and three since he last faced Sunday&rsquo;s World Cup quarter-final opponents, but the passage of time hasn&rsquo;t dimmed Juan Martin Hernandez&rsquo;s appreciation for Argentina&rsquo;s epic rivalry with Ireland.

David Shonfield: PSG can thrive in midfield minefield against Chelsea

Atletico Madrid remain third in La Liga after they drew 1-1 with fourth-placed Valencia at the Vicente Calderon last night. Koke put the home side ahead but Valencia equalised through Shkodran Mustafi.

Transfer ban a message for Barca to change their ways

Fifa’s one-year transfer ban on Barcelona shows how concerned the world football authorities are to uphold their regulations about the transfer of young players.

The summary of this summer's transfers after deadline day, club-by-club.

The latest club-by-club transfer guide of all the happenings in the transfer window.

A club-by-club transfer guide of the happenings on transfer day so far.

Marseille striker Loic Remy is in Newcastle’s sights as they attempt to avoid a January transfer window scramble.

A soccer fan has landed a managerial job based on his experience from playing video game 'Football Manager'.

Rafael van der Vaart was today recalled to the Holland squad for the World Cup qualifiers against Andorra and Romania after proving his fitness to coach Louis van Gaal.

Roberto Soldado’s 86th-minute winner saved Spain from an embarrassing goalless draw with Georgia in the opening match of their World Cup qualifying campaign.

Chelsea have sent young winger Gael Kakuta on a season-long loan to Dutch side Vitesse Arnhem.

Robin van Persie tops the Premier League transfers so far this summer. Here are this summer's confirmed deals so far:

Thorgan Hazard will join his older brother Eden at Stamford Bridge next season after Chelsea confirmed his signing from Lens.

Agent claims United have pulled out of Moura deal

Lucas Moura’s agent Wagner Ribeiro says any move to Manchester United is off as they will not up their bid for the Brazilian ace.

Frank Lampard today refused to rule out this being his final season at Chelsea.

Swansea midfielder Joe Allen has been named as a transfer target by Liverpool manager Brendan Rodgers.

Di Matteo: No news on Oscar

Time to take our rightful place among rugby’s great nations

EVERYTHING they’ve done has been building towards this.

Swansea have announced FIFA have initially denied international clearance for the signings of Darnel Situ and Rafik Halliche.

REAL MADRID have beaten Chelsea in the race to sign Fabio Coentrao from Benfica.

Real Madrid have completed the signing of Fabio Coentrao from Benfica on a six-year contract, the Primera Division club have confirmed.

Newcastle today confirmed the signing of teenager Mehdi Abeid from French side Lens.

Former Blackburn manager Sam Allardyce is convinced Manchester United are signing a star of the future in Phil Jones.

United expect to get their Phil

BARCELONA extended their lead over Real Madrid in the Primera Division title race as Jose Mourinho’s men were held to a goalless draw at Deportivo La Coruna.

Gael Katuta today joined Fulham on loan from Chelsea until the end of the season.

Lens moved out of the Ligue 1 relegation zone and dropped Caen into the bottom three as they claimed a crucial 2-0 victory at Stade Felix-Bollaert.

CHELSEA have ended speculation over the future of Gael Kakuta by announcing that the promising forward has signed a new four-and-a-half year deal at the club.

GERARD HOULLIER has set his sights on bringing Champions League football to Aston Villa within three years after being confirmed as Martin O’Neill’s successor as manager.

STEVEN GERRARD is backing his former Liverpool manager Gerard Houllier to be successful at Aston Villa after revealing he was “desperate” to return to the Barclays Premier League.