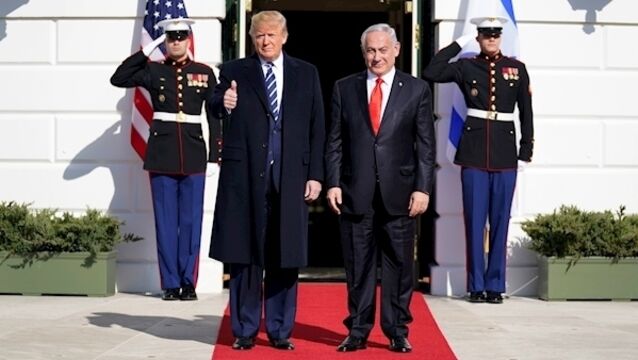 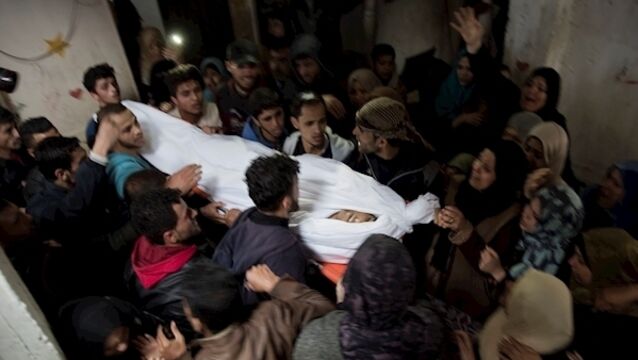 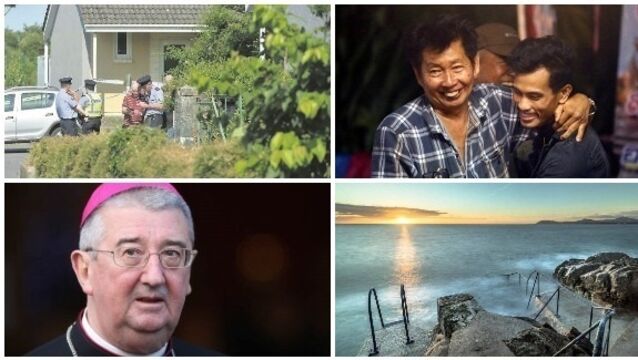 Your headlines this morning ...

Israeli actions ensure peace is a long way off

No connection between Saudi deaths and Israel

Am I alone in failing to understand the connection between Edward Horgan&rsquo;s opening remarks (January 13) &ldquo;Following the execution of 47 men in Saudi Arabia on January 2, the situation in the Middle East is deteriorating&rdquo; and the remainder of his letter unless he wishes to imply that Israel was ultimately responsible for their deaths?

I must admit that I initially thought Charlie Murphy&rsquo;s riposte to an objective statistical analysis of Gaza&rsquo;s Palestinian community was a belated April fool&rsquo;s joke (Letters, April 2).

Lebanese man to stand trial for soldiers’ killing in 1980

A Lebanese man who is suspected of murdering two Irish soldiers who were serving with the United Nations 34 years ago has been deported from the US.

Agriculture Minister Simon Coveney said he and Fine Gael colleagues are ready to fight for a yes vote in the referendum on same-sex marriage and that it is time to end discrimination in Ireland.

Beyond the violence in Gaza

As the world watches the horror in Gaza unfold, Michael Moynihan examines a new book to try and understand why the situation seems so intractable.

A protest rally is underway in Dublin calling for an end to the violence in Gaza.

An Arab-American journalist has sparked a flood of pleas for peace in Gaza after a photo she shared of herself kissing her Jewish boyfriend went viral.

Thousands of anti-war protesters marched through the streets of Dublin this afternoon in solidarity with people of Gaza.

Man arrested in connection with deaths of Irish soldiers

A Cork woman whose father was killed in a peacekeeping mission in Lebanon in 1980 said the arrest of his accused killer in the US is the first step toward justice.

Israel deployed ground troops inside Gaza for the first time to raid a rocket launching site in the Palestinian territory.

Kenny silent on claims that he misled Dáil

Enda Kenny has refused to comment on allegations by a minister that the Taoiseach effectively misled the D&aacute;il.

Irish peacekeeping troops on the frontline in Lebanon are on high alert for the possibility the Syrian civil war will engulf the area, military chiefs have revealed, as Enda Kenny becomes the first Taoiseach in 15 years to visit the danger zone.

Twitter’s Dublin-based operation recorded a profit in its first 15 months in business here.

The French parliament will debate today whether the nation should launch strikes against Syria, though France’s president says he will wait for a decision from the US Congress on possible military action against Bashar Assad’s regime.

Humiliation is not a firm basis for stability

Israel’s response to the Palestinians’ new UN status is to deprive and humiliate which may maintain the status quo but will sabotage chances of long-term peace, writes Ian Buruma

Benjamin Netanyahu, the Israeli prime minister, has warned that Iran would be on the brink of nuclear weapons capability in six to seven months, adding new urgency to his demand that President Barack Obama set a clear “red line” for Tehran in what could deepen the worst US-Israeli rift in decades.

Iran in threat to destroy Israel

The top commander in Iran’s powerful Revolutionary Guard warned today that “nothing will remain” of Israel if it takes military action against Tehran over its controversial nuclear programme.

Israel is trying to fight the spread of eating disorders with a new law banning underweight models from adverts.

Three rockets have been fired at northern Israel from Lebanon, and at least two of them struck Israeli soil, Israeli military sources said.

Israel apologised today for the deaths of Egyptian troops killed during a shoot-out between Israeli soldiers and Palestinian militants.

Members of the defence forces have been deployed to south Lebanon to quell tensions. While their commander attests to their readiness for the mission, if violence escalates it could prevent a visit by President McAleese, writes Political Reporter Juno McEnroe in Tibnin.

ARMED men attacked Syrian security forces in a tense northern city yesterday, Syrian officials said, and 120 policemen and security forces were killed in a region where the army has carried out days of deadly assaults on protesters calling for the end of President Bashar Assad’s rule.

Strange lights in the sky have been caught on camera in Jerusalem.

ISRAELI archaeologists may have found the earliest evidence yet for the existence of modern man, and if so, it could upset theories of the origin of humans.

Iranian President Mahmoud Ahmadinejad was welcomed by thousands of Lebanese supporters today in a visit that underscores the deep divisions between the Hezbollah militant group and Lebanon’s pro-western factions.

UN: Tree at centre of border clash was in Israel

The tree at the centre of deadly clashes along the Lebanon-Israel border was in Israeli territory, the UN peacekeeping force said today.

Activists caught in the aid flotilla raid by Israeli forces claimed today that the commandos had beaten passengers and used electric shocks.

FOREIGN Affairs Minister Micheál Martin has accused Israel of kidnapping up to eight Irish citizens and breaking international law by refusing diplomats access to them.

Israeli gunships were standing by today to stop a flotilla of pro-Palestinian activists from reaching the Gaza Strip, setting the stage for what could become a dramatic showdown on the high seas.

Israel has today issued an “urgent” warning to its citizens to leave Egypt’s Sinai Peninsula immediately.

Four men linked to al Qaida were jailed today over a foiled plot to attack US targets in Germany that could have caused massive devastation.

A top Hamas leader publicly disowned his son, days after the young man announced he had secretly spied for Israel and helped authorities hunt down members of the Islamic militant group.

Israel has today begun work to re-route a section of its West Bank separation barrier to restore land to a village that has become a flashpoint of Palestinian opposition to the enclosure.

THE five-month-old patient at the Israeli field hospital has a number rather than a name.

ISRAELI and Swedish officials have responded furiously to a Swedish newspaper article that suggested Israeli troops killed Palestinians and harvested their organs.

The swine flu epidemic crossed new borders today with the first cases confirmed in the Middle East and the Asia-Pacific region.

Four men accused of a foiled German terror plot were fuelled by hatred and aimed to cause destruction on the scale of September 11, a court heard today.

The Irish Anti-War Movement is planning another demonstration in Dublin today to protest against the ongoing Israeli military offensive in the Gaza Strip.

The UK today accused Israel of undermining Middle East peace efforts after its troops launched a night mission into the Gaza Strip, killing two Palestinians in retaliation for rocket attacks.