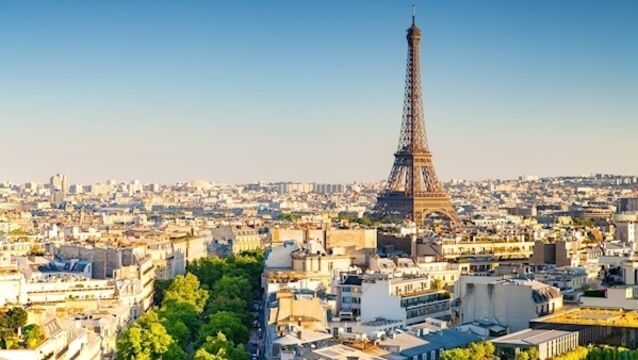 From the Eiffel Tower to the Berlin Wall: The anniversaries to travel for in 2019

From the Eiffel Tower at 130, to 30 years since the fall of the Berlin Wall, Suzanne Harrington rounds up the milestones worth travelling for.

Trump will not block release of secret JFK assassination documents

An Post have issued a one euro stamp featuring the face of Che Guevara, a leading figure in the Cuban Revolution of the 1950s and 1960s.

Cuban president Raul Castro has denounced US president Donald Trump's tougher line on relations with Havana, calling it a setback but promising to continue working to normalise ties between the former Cold War rivals.

Looking back at the year that was 2016

The only good thing about 2016 is that it ends tonight, says Suzanne Harrington. She looks back at a year of break ups, celebrity deaths &ndash; and Donald Trump.

It is unlikely that the victory, for how ever long it stands, in America&rsquo;s culture wars represented by the gathering clouds of the Trump presidency might nurture the next David Bowie, Prince, Leonard Cohen, or Guy Clark. Or even the next Janet Reno, the first woman to serve as America&rsquo;s attorney general, writes Raymond Williams.

Gerry Adams is the glue around which the republican movement adheres, and also its glass ceiling, writes Fergus Finlay

Some of the famous faces who passed away in 2016

Check out this infographic highlighting some of the famous faces who we said a final farewell to during 2016.

Facts are changing, so must our views

WE will know, early next week, if the fear and the disappointment that swept Donald Trump into the White House and that swept Britain &mdash; probably &mdash; out of the European Union were isolated game-changers or early warnings of a gathering storm.

This is what might be coming in 2017: Cyberhacking, coffee shortages, and sex robots

After everything 2016 has thrown at us, do you really want to know what 2017 might have in store for us?

Fidel developed a country which had the best living conditions in Central America, writes Victoria White

It is the Government not the President which leads in setting out Ireland&rsquo;s position in the world, writes Gerard Howlin

Evening briefing: Surge in rough sleepers in Dublin. Catch up on all the headlines

Independent ministers could vote against Fine Gael during a medicinal cannabis bill next week after saying they will exercise their right to a free vote on the issue.

Independent ministers could vote against Fine Gael during a medicinal cannabis bill next week, writes Fiachra Ó Cionnaith of the Irish Examiner.

Taoiseach Enda Kenny has called on Sinn Féin leader Gerry Adams to clarify who gave him the names of four senior provisional IRA members who may have been involved in the 1983 murder of prison officer Brian Stack.

Taoiseach Enda Kenny has attempted to prevent a damaging row between the Government and Michael D Higgins by saying the head of state has every right to make supportive comments about Fidel Castro.

President Higgins revealed his own prejudices in speaking on behalf of the Irish people, and succumbed to the prefectly crafted image projected by the dictator, writes Michael Clifford

Off with everyone’s heads! Give us head space please — and proportion

The default response to every controversy is killing the kind of public discourse we need,&nbsp;writes Fergus Finlay

Brexit has swept away assumptions about the partition of Ireland and presented a unique opportunity to press for reunification, Gerry Adams said as he launched a new Sinn Féin unity blueprint.

There has been a call for President Michael D Higgins to apologise for remarks he made in a statement following the death of Fidel Castro.

Tourists who went to Havana for salsa music and mojitos ended up wandering through a city turned silent by nine days of national mourning for Fidel Castro.

Fidel Castro: Smoke and mirrors in the island in the sun

In death, as in life, Fidel Castro remains a contradiction and a conundrum.&nbsp;

Independent Alliance Minister Finian McGrath has described the death of Fidel Castro as a &ldquo;very sad day&rdquo; and claimed many of the human rights abuses spoken of were &ldquo;exaggerated&rdquo;.

It took me a while but I caught up last week with Michael MacCambridge&rsquo;s America&rsquo;s Game: The Epic Story of How Pro Football Captured a Nation.

Morning briefing: Homeowners and renters face system of water charges after free allowance used up. Catch up on all the headlines

It was a weekend like no other. On Easter Saturday, 1947, there was a sensation at Aintree; an unfancied trundler called Caughoo, bred and trained in north county Dublin, won the Grand National at 100/1.

#Ploughing16: Taoiseach hints that he will be staying on as party leader until 2018 as he 'focuses on horizon'

&ldquo;This not a time to mess around,&rdquo; Taosieach Enda Kenny proclaimed to a welly clad and rain drenched bunch who had made their way into the Fine Gael tent at the National Ploughing Championships.

Fidel Castro hits at US aggression in letter to ‘Brother Obama’

Fidel Castro responded on Monday to US president Barack Obama&rsquo;s historic trip to Cuba with a long, bristling letter recounting the history of US aggression against Cuba, writing: &ldquo;We don&rsquo;t need the empire to give us any presents.&rdquo;

US and Cuba to seek further reconciliation

Brushing off decades of distrust, Cuban president Raul Castro and US president Barack Obama shook hands in Havana&rsquo;s Palace of the Revolution, a remarkable moment for two countries working to put the bitterness of their Cold War-era enmity behind them.

Barack Obama greeted by chants of 'USA, USA' in Havana, but not by Raul Castro

US President Barack Obama has started an extraordinary visit to Cuba, eager to push decades of acrimony deeper into the past and forge irreversible ties with America's former adversary.

Stepping into history, President Barack Obama opened an extraordinary visit to Cuba yesterday, eager to push decades of acrimony deeper into the past and forge irreversible ties with America&rsquo;s former adversary.

From Mick Jagger to Fidel Castro: Shannon Airport’s star arrivals in the frame at photographic exhibit

Shannon Airport&rsquo;s celebration of 70 years since the first commercial transatlantic flight into an Irish airport has been marked with a photographic exhibition featuring the many famous people who passed through &mdash; and the one who didn&rsquo;t.