For Islamic extremists, African gold mines are a treasure trove both of explosives and funds to recruit new members and buy arms, writes David Lewis and Ryan McNeill 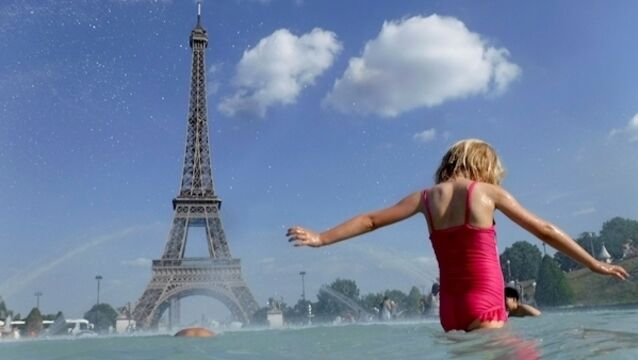 Meteorologists have placed more than half of France, including around Paris, on alert for high temperatures as a heatwave was expected to spread across Europe. 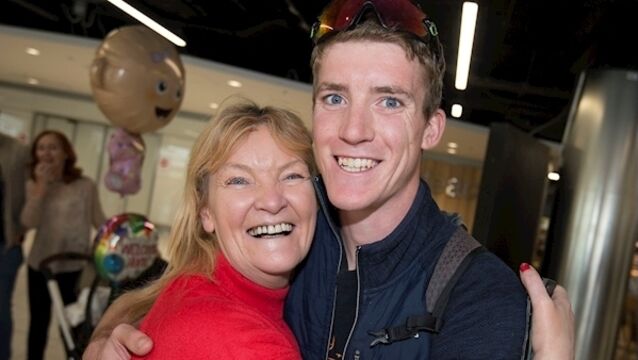 Eleven countries, 12,000 kms, one lion and a relieved mum

When Tomás Mac an tSaoir came through the arrival gates of Dublin airport yesterday, his only visible signs of injury were some small plasters on his feet.

A rhapsody of nature in the Bohemian hinterland

Not an icicle or a snowflake have we seen here in Central Europe since we arrived on December 21. Over Lower Bohemia in the Czech Republic, the skies have been peerless blue and the sun so bright that, in the towns, the cobbled streets shine as if shellacked and I feel the need of sunglasses more than I ever do in Spain.

Treat all our refugees as cherished guests

DESPITE a welcome shift in attitude on the refugee crisis at political level across Europe and in this country, it is demonstrably clear that Ireland is ill-prepared to cope with an influx of refugees from Middle East war zones and Africa seeking asylum here. Were it not for the compassion shown by German chancellor Angela Merkel, who has convinced Germany to take in as many as 800,000 Syrian refugees this year, it is doubtful other EU leaders would have budged.

Half-white, half-Asian, but no less Irish

Half white, half Asian Dubliner Dean Van Nguyen speaks to other mixed-race Irish people in their twenties and thirties about growing up in a primarily white culture, being subjected to racist taunts, and coming to terms with their own sense of self.

18 migrants die in bid to cross the Sahara

The bodies of 18 migrants who likely died of dehydration have been found in the Sahara desert in northern Niger, the International Organisation for Migration said.

The bodies of 18 migrants who likely died of dehydration have been found in the Sahara desert in northern Niger, the International Organisation for Migration said.

Irish Examiner reporter, Caroline O'Doherty, travelled to Burkino Faso with Christian Aid staff and in her report reveals the work they are doing and the challenges they, and other aid agencies, face in the growing global fight against famine and drought.&nbsp;

Ruthann Sheahan tells Clodagh Finn&nbsp;the secret behind her running secret of running through the day &ndash; and night.

How to make a garden a haven for birds

Don&rsquo;t trim hedges or bushed just yet. Overgrown foliage provides protection and cover and is a source of berries, seeds and insects for birds, says&nbsp;Fiann &Oacute;&rsquo;Nuall&aacute;in.

A French citizen has been kidnapped by suspected Islamic militants while hiking in a mountainous Algerian region that is a known hideout for North Africa’s al Qaida branch.

Over the next couple of weeks you will probably spot large groups of swallows perching on roof-tops and telephone wires and &lsquo;chattering&rsquo; to each other.

A satellite over the Sahara Desert will be deployed this season to beam Ulster Bank League games onto computer screens.

Cork-born Diana flexes her muscles in quest for Ironman title

A Cork-born pharmacist has qualified for one of the toughest endurance events on the planet: the World Ironman Championships in Hawaii.

The whitethroats numbers have been affected by climate change in its winter home in the Sahel.

The money may be good and the suntan is free and you could probably fry an egg on the stones there — but this Irish soldier is not in an iconic 1980s TV ad for beer.

Number of returning swallows in decline

The iconic Irish swallow is on the decline due to the widening of the Sahara, soaking Irish summers, and human hunters, according to a leading bird expert.

Many people across Ireland woke up to an unwelcome surprise this morning.

It’s time we saw the light of the night skies

A GLANCE at a satellite photograph of Ireland at night shows a huge amount of light around Dublin, Cork, Galway, Limerick and Belfast. But there are also areas of the country that seem blacked out, which makes them suitable for star-gazing.

Irishman Roche keen to explore a new life on Mars

IN 1971, David Bowie sang: ‘Is there life on Mars?’ There might be soon, and Irishman Joseph Roche could be one of 20 people to be sent in 2025 to the Red Planet to live, and die, in a space settlement.

Charity has been ‘in crisis’ for last five years

Livestock aid charity Bóthar has recorded a €1.3m deficit for 2012 and has been “in crisis” for the past five years, according to its new chief executive.

Driven couple to test their mettle with 1,000-mile rally

The roads in some parts of rural Cork might be a bit bumpy but they’re nothing compared to what a married couple will have to endure when they take part in a 1,000-mile rally in North Africa.

More than a dozen people have been injured in two car bomb attacks in Niger.

Irishman Stephen McFaul, who escaped the Algerian hostage crisis, has arrived in the UK, it has been confirmed

Algerian special forces launched a rescue operation yesterday at a natural gas plant in the Sahara Desert and freed foreign hostages held by al Qaeda linked militants, but estimates for the number of dead varied wildly from four to dozens.

Two Britons and two Filipinos have been killed in the operation by Algerian forces to liberate hostages held by militants in a remote natural gas complex, Algerian state television said tonight.

British, Spanish and Norwegian oil companies were evacuating workers from Algerian energy facilities today following the hostage-taking by Islamic militants in the Sahara desert and Algeria’s attempt to free them.

The family of an Irishman held in the Algerian hostage crisis have described their delight at his release after two days of anguish.

Fears mount for hostages amid reports of killings

Fears are growing today for the safety of western hostages seized by Islamic militants in Algeria amid reports that as many as 35 have been killed during an Algerian helicopter attack.

The treacherous Yangtze, a lost raft and a health scare didn’t stop two Irishmen on an incredible journey across Asia, writes Richard Fitzpatrick

Bottle of beer sees marathon runner to the finish

AN Irish ultra runner has revealed a bottle of beer helped him become the only man on the planet to run seven marathons on seven continents in less than five days.

More than 15,000 people including Malian military personnel have fled into neighbouring countries since members of the nomadic Tuareg ethnic group launched a new rebellion against the Malian government last month, aid officials say.

COMPARED with Copenhagen 2009 and other weather conferences — the recent 2011 UN Climate Change Summit, with representatives from 140 countries, and held in Durban South Africa — craved no more media coverage here than a “falling star”.

State of emergency declared in Nigeria

HEAVILY armed troops and tanks patrolled the streets of Maiduguri in northeast Nigeria yesterday, witnesses said, after the president declared a state of emergency in parts of the north affected by an Islamist insurgency.

Terror attacks across Nigeria by a radical Muslim sect killed at least 39 people – the majority dying on the steps of a church after celebrating Christmas Mass as blood pooled in dust from a massive explosion.

At least 25 people were killed today when an explosion ripped through a Catholic church during Christmas Mass near Nigeria’s capital.

Muammar Gaddafi’s son appears to have disappeared in the Sahara Desert and could remain hidden for months as the International Criminal Court and Libya’s new rulers argue about who should try him.

Muammar Gaddafi has claimed his regime is still alive in Libya and has called his opponents' takeover of all but a few pockets of the country a charade.

Facing little resistance, revolutionary fighters captured the airport and other parts of a southern desert city that is one of the last remaining strongholds of Muammar Gaddafi's forces, even as military offensives stalled to the north.

Gaddafi 'did not join Niger convoy'

A senior member of Muammar Gaddafi’s inner circle slipped into Niger along with three carloads of collaborators, an official said, but the toppled Libyan leader was not among them nor were any members of his immediate family.