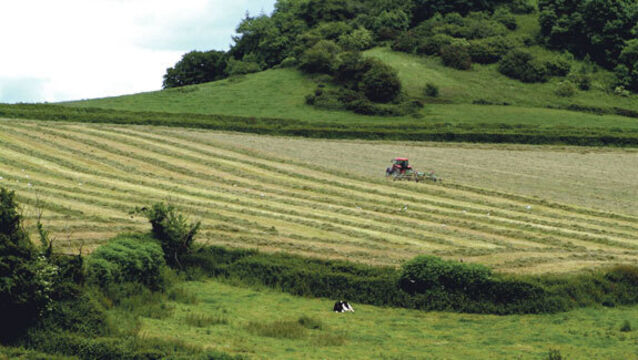 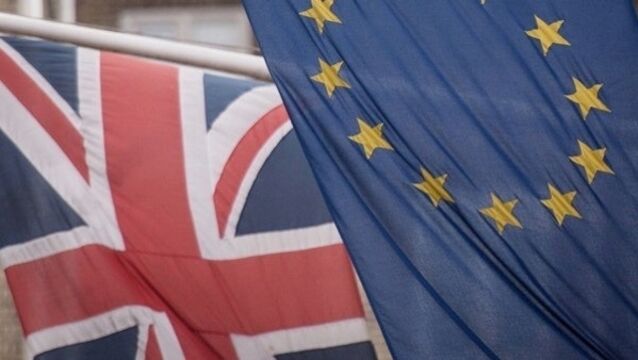 Nothing will change my belief that an elected British government is democratic and the EU bloc is a doomed dystopia, says David Kernek 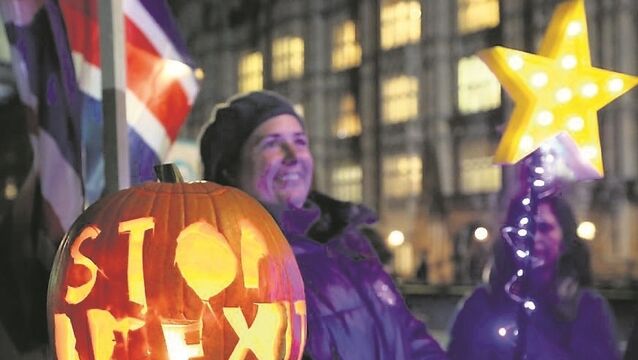 Polls before the Brexit referendum in 2016 showed a majority in favour of remain, but they also showed that most Britons were indifferent. The same is true today, says Bill Emmott.

Europe’s only decision: What is the overarching strategic agenda?

Britain on the brink - Time for all to face the facts

Cork city boundary should be extended ‘without delay’

A co-author of a minority report which helped sink plans for a Cork super-council has broken his silence to urge the Government to move quickly and extend the city boundary.

The prime minister has helped Labour achieve a comeback which would force Lazarus to give a standing ovation, writes&nbsp;Allan Prosser.

What happens in Europe will have impact on global stability

The EU needs to be rethought and move away from the &lsquo;one size fits all&rsquo; to something more flexible, writes Richard Haass

NOW that British Prime Minister May has triggered Article 50, many voters in Northern Ireland and Scotland find themselves peering through Alice&rsquo;s Looking Glass at a transformed world they did not ask to visit.

THE industrialisation of farming, especially since we joined the European Economic Community, has had a greater impact on our countryside than all previous human activity.&nbsp;

Facing up to Brexit headache

BREXIT is a headache for the European Union but a full-blown crisis for Britain with the high risk of collateral damage for Ireland.

At 2pm in Bantry, Co Cork, today, farmers are invited to gather to remember an event which paved the way for the new era of recognition for Irish agriculture in the late 1960s.

The vision of Robert Schuman who founded the European Coal and Steel Community - precursor of the EU - was well justified for political, economic and social reasons. However the European project has been tested to its limits by the recession and the introduction of the Euro, according to Jospeh Stiglitz. JP O&rsquo;Malley considers two accounts of the EU today

Ireland may need to rethink its place in EU

The upcoming UK in-out referendum on Europe is the biggest event to affect Irish foreign policy since Ireland joined the European Economic Community with Britain in 1973.

Brexit could mean changes to our food and farming sector

Eight weeks from today, on June 23, British voters will decide if their country remains a member of the EU.

Member states must ask themselves if EU is worth the effort

The EU has proved a disappointment to many but the answer is not to simply abandon the project but reform it so it works better, writes Jean Pisani-Ferry

Brexit would be damaging to Britain and dangerous for Europe

Former politician and diplomat Carl Bildt charts Britain&rsquo;s relationship with the EU, from exclusion to integral to integration, and the ramifications of Brexit &nbsp; &nbsp;

Britons must face up to Brexit consequences

It is pure fantasy to believe that a British exit from the EU would not have a seismic impact on myriad areas. Policies must not be cherry-picked to convince the people, writes Ana Palacio

People often wonder what use are economists. In terms of climate change, this is a particularly appropriate question.

During the past year, right-wing populist politicians have been on the march, in France, the US and even in Germany, where chancellor Angela Merkel&rsquo;s generous response to the migration crisis has left her exposed, politically, as never before.

THE best political biographies do more than record their subjects&rsquo; lives.

The establishment of the European Economic Community (later the European Union), in 1957, was an extraordinary achievement.

With Greece teetering on the brink of a eurozone exit there has never been a more pressing time to reform the EU, writes&nbsp;Kyran Fitzgerald

The old Dairy Disposal Company was initially a kind of Nama for the dairy industry in Munster, according to a new book.

Ray Ryan&nbsp;looks at the proud history of an organisation which was set up to give farmers a voice in their own affairs.

How substantial is Ukip threat?

David Cameron has allowed Eurosceptics to dictate the narrative of the UK debate on EU membership, says Mary C Murphy

Women have made a difference

Writer and Irish Examiner book reviewer, Mary Leland, wrote an informative article for a Sunday newspaper recently, reflecting on the media reports about the mother-and-baby home in Tuam, Co Galway.

When the Irish people voted to join what was then called the European Economic Community we did so on the basis of how it would improve our lives — in other words what we would get out of the relationship.

Presidency of the EU - A six-month job well done, again

Ireland’s presidency of the EU formally comes to an end on Sunday. It was the seventh time that Ireland undertook the presidency since joining the European Economic Community 40 years ago.

Former British chancellor of the exchequer Nigel Lawson has called for the UK to leave the European Union, saying it is no longer in the country’s economic interest to remain in the bloc.

GREECE is going through one of its periodic self-mutilations.

Treaty errs on side of caution

The agreement is not as controversial as Lisbon and Nice were, says Tom O’Malley

Where is our European Economic Community (of equal states) which we joined in 1973 by referendum?

TRIBUTES were paid yesterday to the editor of the Sunday Independent, Aengus Fanning, who has died following a battle with cancer.

Eurozone crisis - Failure is not an option for summit

THURSDAY’S emergency summit of eurozone leaders needs to be decisive and effective.

BRITISH voters looked set yesterday to reject a change in the way they elect their MPs as they cast their ballots in a national referendum that has threatened to tear the ruling coalition apart.

News from a New Republic: Ireland in the 1950s

State was opposed to EEC growth

THE Government privately opposed European enlargement four years after the state ended a 12-year battle to become a member.

During the Celtic Tiger period, this country was seen as one of the great success stories on the international stage, but we have allowed our influence to wane.

TAOISEACH Brian Cowen presented a collection of Jack Lynch memorabilia to the people of Cork yesterday.

There are no penalties for voting no

HAVING read the Lisbon Treaty cover to cover and followed the story of it from its inception, I understood it would not be passed unless it was unanimous, ie, every member state voted in favour of it.

Leading out of a crisis - Government can learn from Lemass

FIFTY years ago yesterday, Seán Lemass stepped out of the shadow of Eamon de Valera to succeed him as taoiseach. He inspired renewed hope in the republican ideal that we could, as a people, provide for ourselves.

The controversial EU Reform Treaty will be officially signed by the Government at a ceremony in Lisbon on Thursday.

Day of Commemoration - A time to mark war’s futility

To mark the National Day of Commemoration yesterday, President Mary McAleese and Taoiseach Bertie Ahern participated in the ceremony at the Royal Hospital in Kilmainham in memory of all Irishmen and women who died in wars or on service with the UN.

The Central Bank has issued a special €2 coin to commemorate the 50th anniversary of the Treaty of Rome.