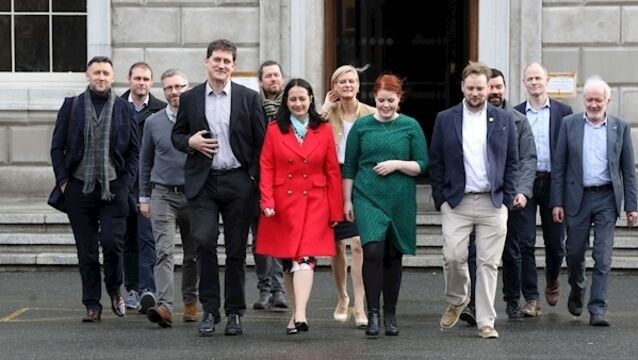 John Gormley: Collaborative unity government is what the country needs

The Greens have proposed all parties work together during the virus crisis. This would ensure legislative scrutiny and remove the need for an opposition, says former party leader John Gormley 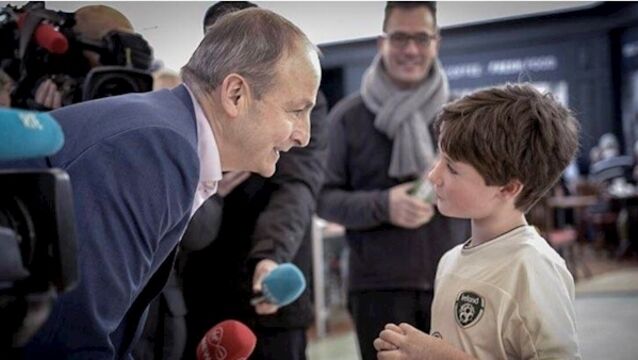 Pushing 60 he may be, but the Fianna Fáil leader has been full of energy on the campaign trail so far, writes Michael Clifford 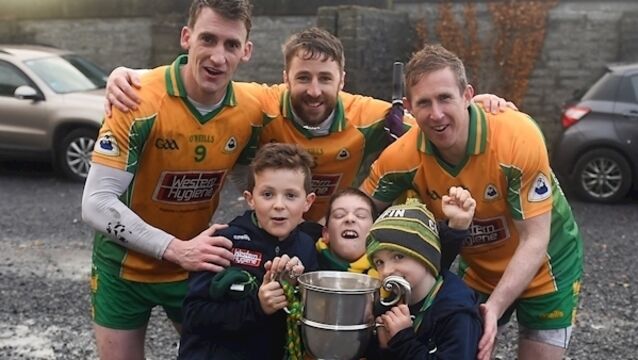 Seven on the spin as mighty Corofin win at second attempt

There has been plenty of uncertainty and upheaval in Galway GAA in recent months, but when it comes to Corofin some things never change. They needed a replay for the second year in a row, but for the first time in their history Corofin won their seventh county senior title in a row.

As happy as pigs we sit in our own squalor, stubborn as mules to change

On waste collection, our choice as a country is to sit in our own squalor or change. Every time we put out the bin, we are doing the equivalent of peeing in the public swimming pool.

Never in the history of humanity has prosperity and waste danced together in such lockstep, writes Terry Prone

TOM Keane is a man to whom anybody who gives a fig about the country should listen, says Michael Clifford.

Bank bailouts are lucrative for bankers and punitive for the governments which implement them, says Professor Sean Barrett, a member of the Oireachtas Banking inquiry.

Noel Dempsey: ‘The notion that you can charge people who didn’t pay is a nonsense'

A former Fianna F&aacute;il environment minister has contradicted his party leader by saying it is &ldquo;nonsense&rdquo; to chase people who are refusing to pay water charges, and that refunds should be given by the State.

The biggest difficulties from the two ASTI industrial actions announced last night will be caused by its 18,000 members refusing to do supervision and substitution work. The background, and complex issues involved, are set out here by Education Correspondent&nbsp;Niall Murray

&euro;500m a year less is being spent on universities and colleges, though there are more students, and nobody wants to foot the bill, says Niall Murray

Meath hurlers ready for replay, but not in Newry, or this weekend

The Meath hurlers have confirmed they will agree to a Christy Ring Cup final replay with Antrim after all, if the game goes ahead on Saturday week at Croke Park.

Noel Dempsey: Election results require a fresh approach by everybody

Noel Dempsey looks at the options open in terms of forming a government and how Fianna F&aacute;il can live up to its election promises

Reform must begin in Dáil and include civil and public service

One of just eight constituencies to remain unchanged by the latest Constituency Commission, Meath West remains a three-seater.

Momentum is building within Fianna F&aacute;il for the party to consider going into government with Fine Gael after several TDs said such an option must be examined if the party emerges as the larger one after the election.

Senior Fine Gael figures have noted with interest an apparent softening by Fianna F&aacute;il on whether it would support a minority government or form a so-called grand coalition with its long-standing rival after the election.

Exorcising the devil in the housing details

Even when political will appears to be behind speeding up the delivery of houses, problems

Not everyone can be as perfect as Mr 93% himself

NORTH KOREA may not really have detonated an H-Bomb, but Enda Kenny has certainly dropped the Lie Bomb &mdash; and with little aplomb, writes Shaun Connolly

During a political career that spanned almost a quarter of a century, Pat Carey served as a local councillor, minister, government chief whip and, most recently, as director of the upcoming election for Fianna F&aacute;il.

Kelly may be right about housing crisis, but it’s on his doorstep

DAWN French, great comic and Vicar of Dibley, was asked in a newspaper interview at the weekend what she thought was more important, ambition or talent, writes Gerard Howlin.

Lobbyists are proving slow to embrace new disclosure obligations, with just eight individuals and organisations submitting details of their lobbying activities to date.

Former minister Noel Dempsey, who was part of the Fianna F&aacute;il-led coalition during the economic crash, has said he is &ldquo;haunted&rdquo; by the decisions his government took &mdash; and warned Ireland is failing to learn from the mistakes of the past.

Plans to impose water charges twice as costly as today&rsquo;s rates were drawn up by the Fianna F&aacute;il-led government months before the troika bailout, despite repeated claims that the system was only created to comply with EU demands.

T&aacute;naiste Joan Burton has admitted to tensions within the Coalition as she said it was too early for Labour and Fine Gael to consider a pact at the general election.

Fianna Fáil Ard Fheis: ‘The people are right not to trust Irish Water’

&ldquo;This Government gives with one hand and it takes back twice as much with the other. And families who can least afford the extra bills are getting hammered.

Michael Lowry&rsquo;s &lsquo;fine girl you are&rsquo; note to Enda Kenny in reference to Valerie O&rsquo;Reilly shows that political patronage is as central to governing as it ever was, writes Michael Clifford

Independent TD Michael Lowry has confirmed he lobbied the previous government to get a former adviser onto a state board and that he has no regrets pressing the Coalition for her reappointment.

Joe Walsh, the former agriculture minister who was acclaimed as being equally at home in the parish hall or in the gilded buildings of Brussels, was laid to rest yesterday.

Joe Walsh, the former Agriculture Minister who was acclaimed as being equally at home in the parish hall or in the gilded buildings of Brussells, was laid to rest today.

Eircode could become next Irish Water

The State is facing the embarrassment of spending millions on a postcode system that is going nowhere, writes&nbsp;Joe Leogue

Will Alan Kelly be the hero of affordable housing?

Alan Kelly is proposing forcing developers to hand over 10% of new developments for social and affordable housing. He better be prepared for very stiff resistance, writes Michael Clifford

Creating waste to boost profits of a multi-national&rsquo;s incinerator in Dublin Bay is a nightmare scenario, says Victoria White

Mackle and O’Reilly in Armagh double at Barry Cup

Armagh bowlers had a double in the Mick Barry Cup when Thomas Mackle beat Christy Mullins and Bryan O&rsquo;Reilly beat Trevor O&rsquo;Meara at Ballincurrig on Sunday.

Following last weekend&rsquo;s All-Ireland series in Armagh the 13 premier titles of 2014 have been decided with Ulster ending the series on seven wins to Munster&rsquo;s six.

Plastic bag usage has been practically wiped out as a direct result of the decade-old levy on the environmental hazard.

The Constitutional Convention has made a number of recommendations on political reform including enhancing the position of the Ceann Comhairle to give it more status.

Policies will have to make the grade

The problem of schools having more children seeking enrolment than it has staff or space to teach is a strong sign of the value that Irish families place on good education.

Martin Coppinger is officially the 2013 All-Ireland senior champion as Eddie Carr has withdrawn from next weekend’s rescheduled final because his injury has not cleared up.

Martin Coppinger and Eddie Carr will face each other in the rescheduled All-Ireland senior final at Béal na mBláth on Saturday, August 24.

Ex-ministers and TDs who “abandoned” Fianna Fáil in the last election and chose not to contest seats, will not be allowed to run again under a motion passed at the ard fheis.

Keeping up the momentum

While the dramatic fall in road deaths over the past six years has been impressive, we face a harder task to maintain progress under the latest strategy, writes Seán McCárthaigh.

Teacher unions may seek clarifications ahead of vote

Teacher unions remain uncertain about their next steps in relation to the proposals from the Labour Relations Commission.