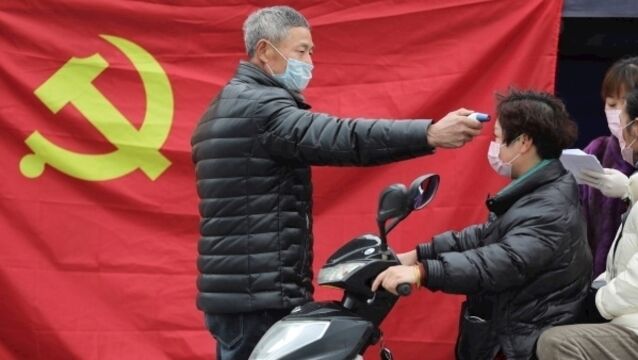 The new coronavirus will take a chunk out of China's oil demand. Producers must respond with an output cut. 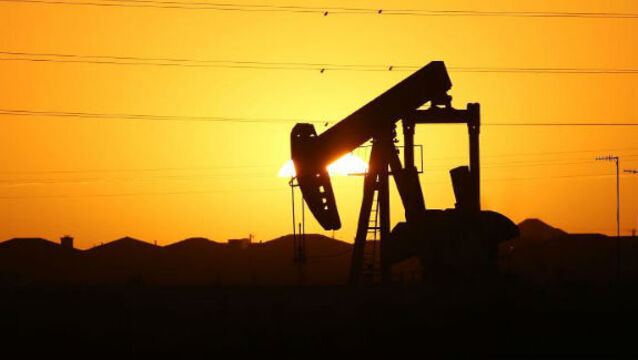 We have little control over global events that threaten our energy security — so this State must take initiatives here at home, including cutting back on the energy we use, writes Paul Deane. 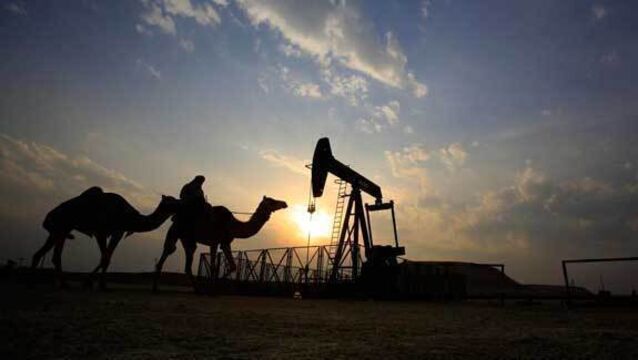 Julian Lee: Trump is wrong - The US does still need Middle East’s oil

The US still imports the kind of crude pumped in Iraq and Saudi Arabia, and any disruption to the region’s oil exports would drive prices up at American pumps, writes Julian Lee.

The Middle East does not need another war

Oil up 5% on US-Iran tension

Oil soared more than 5% higher yesterday after Iran shot down a US military drone, raising fears of a military confrontation between Tehran and Washington.

The fiscal hawks sounding the warnings must be heeded by the Government, says Kyran Fitzgerald, and public pay and capital expenditure must not be allowed to keep drifting up

The US military has released a video it said showed Iran's Revolutionary Guard removing an unexploded limpet mine from one of the oil tankers targeted near the Strait of Hormuz.

The Bord Gáis Energy Index is unchanged in February compared with the previous month, as the global economic recovery stalls and the risk premium on energy prices falls because of lower geo-political concerns.

Iran has tested advanced anti-ship missiles in the final day of a naval drill near the strategic Strait of Hormuz, the passageway for one-fifth of the world’s oil supply.

Iran has test-fired a range of weapons during military exercises near the Strait of Hormuz, the passageway for one-fifth of the world’s oil supply.

The winner of this gruelling and bitterly contested presidential race will have little time to bask in their achievement.

Benjamin Netanyahu, the Israeli prime minister, has warned that Iran would be on the brink of nuclear weapons capability in six to seven months, adding new urgency to his demand that President Barack Obama set a clear “red line” for Tehran in what could deepen the worst US-Israeli rift in decades.

Iran in threat to destroy Israel

The top commander in Iran’s powerful Revolutionary Guard warned today that “nothing will remain” of Israel if it takes military action against Tehran over its controversial nuclear programme.

One of the US Navy’s guided-missile destroyers suffered minor damage when it hit an oil tanker early today just outside the strategic Strait of Hormuz.

Iran has threatened to block the strategic Strait of Hormuz if its interests are seriously threatened.

Iran has threatened to block the strategic Strait of Hormuz if its interests are seriously threatened, a senior Iranian military commander has said.

Des O'Driscoll casts his eye on this week's best television

Iran will help any nation or group that confronts the "cancer" Israel, the Islamic Republic's Supreme Leader Ayatollah Ali Khamenei has said.

Iran is prepared to launch attacks inside the US, a top American intelligence official has claimed.

Foreign ministers of six Gulf countries, including Saudi Arabia, are meeting in Istanbul today to explore new ways of co-operation with Turkey amid Iranian threats to immediately halt oil exports to Europe.

Britain could send extra military assets to the Strait of Hormuz to deter any attempt by Iran to block Persian Gulf oil tanker traffic, the country’s defence secretary said, as Tehran insisted a European Union ban on the purchase of its oil would have little sting.

Tehran’s intelligence chief has shrugged off a new EU ban on the purchase of Iranian oil, insisting that the world economy is so diversifed that sanctions will be ineffective.

The EU yesterday imposed an immediate ban on all new contracts for Iranian oil and gave Greece and other importing countries until July to find alternative sources.

Just weeks after the budget, motorists face another hike in fuel prices after the EU imposed an oil embargo on Iran.

Iran and EU face off over sanctions

The nuclear stakes over Iran were raised today when the EU banned buying the country’s oil and it retaliated by repeating a threat to close the Strait of Hormuz, a route for a fifth of the world’s crude.

There are reports that EU diplomats have finalised the terms of a new sanctions deal against Iran over its nuclear programme.

Seventeen people have died after a storm capsized a passenger boat off Iran’s southern coast, the country’s official news agency is reporting.

Early trading in Europe has been skittish after a downgrade of France's long-term credit rating by Standard and Poor's on Friday.

IRAN warned Gulf Arab oil producers against boosting production to offset any potential drop in Tehran’s crude exports in the event of an embargo affecting oil sales, the latest salvo in the dispute between the West and the Islamic Republic over its nuclear programme.

Iran ups the ante with fresh round of uranium enrichment

IRAN has begun uranium enrichment at a new underground site well protected from possible airstrikes, in another show of defiance against Western pressure to rein in its nuclear programme.

Political tensions between the US and Iran in and around the Persian Gulf gave way to photos of rescued fishermen happily wearing US Navy baseball caps after a dramatic rescue from the clutches of Somali pirates.

US brushes off Iran navy warning

The Obama administration has brushed aside Iran’s warning to keep US aircraft carriers out of the Gulf.

IRAN said yesterday it had successfully test fired what it described as two long-range missiles, flexing its military muscle in the face of mounting Western pressure over its nuclear programme.

Iran’s navy says it has test-fired a medium-range surface-to-air missile during a drill in international waters near the strategic Strait of Hormuz – the passageway for one-sixth of the world’s oil supply.

US warns Iran over oil-block threat

The US has warned Iran it will not tolerate any disruption of traffic through the Strait of Hormuz after Iran threatened to choke off the vital Persian Gulf oil transport route if Washington imposes sanctions targeting its crude exports.

Iran will close the Strait of Hormuz, cutting off oil exports, if the West imposes sanctions on its oil shipments, a senior Iranian official has said.

US troops go home - Sadly, ordeal is far from over for Iraq

NEARLY a decade after the US war on Iraq began with “shock and awe” and spectacular, televised missile attacks on Baghdad, US defence secretary and former CIA chief Leon Panetta yesterday presided at a ceremony marking the official end of America’s direct involvement in the hostilities.

Protesters set a supermarket on fire and gathered at several sites in a seaside town in Oman today in a third consecutive day of unrest which has included deadly clashes in the Gulf nation.

A WOMAN who carved her name into her lover’s arm during a drink and drug-fuelled fling walked free from court yesterday.

IRAN announced yesterday it has tested a new weapon capable of sinking ships 300km away and reiterated threats to close a strategic waterway at the mouth of the Persian Gulf if attacked.

US secretary of state Condoleezza Rice flexed America’s muscles in the Middle East, forcefully warning Iran the US would not ignore threats and would take any action necessary to defend friends and interests in the Persian Gulf.

US rebukes Iran after it tests more missiles

IRAN tested more missiles in the Gulf yesterday as the United States reminded Tehran that it was ready to defend its allies.

Iran test-fired more long-range missiles in a second round of exercises meant to show that the country can defend itself against any attack by the US or Israel, Iranian state television reported today.

Iran test-fired nine long and medium-range missiles today during war games that officials said were in response to US and Israeli threats, state television reported.