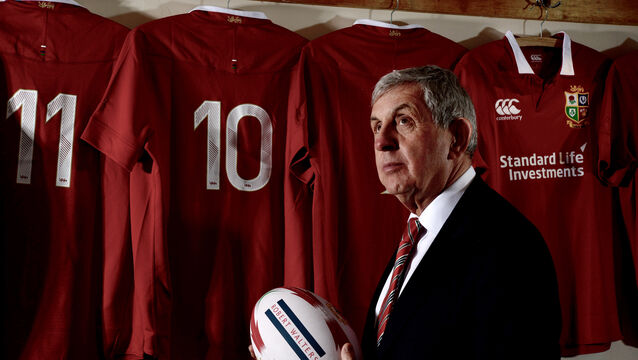 A group of British and Irish Lions greats have called on World Rugby to allow substitutes only in the case of injury to make the sport safer and help prevent the prospect of a player dying on the field. 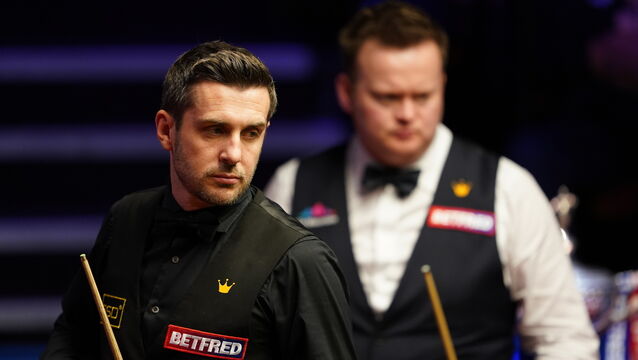 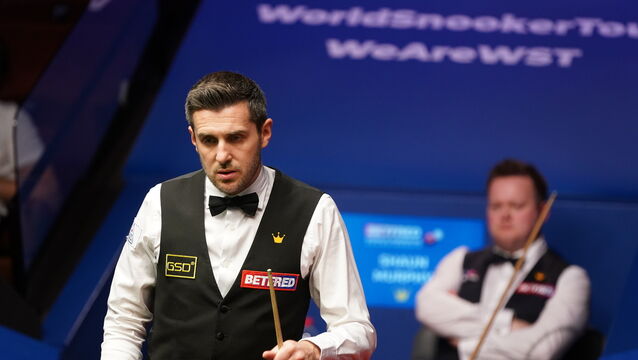 Mark Selby threatened to squeeze the life out of Shaun Murphy as he seized the advantage in the second session of their World Snooker Championship final at the Crucible.

'Will I be a finalist or going home to Dublin?' - Shaun Murphy draws level with Kyren Wilson to set up grandstand finish

Lisowski, the 14th seed, had fought back from 3-1 down to take a 5-4 lead overnight and it remained a tight contest through Tuesday’s morning session

Spectators will return to sport on Saturday when the World Snooker Championship gets under way with the Crucible to open its doors to fans once again.

‘I wish I shared your excitement’: Ronnie O’Sullivan says record-equalling world title would be ‘anticlimax’

Ronnie O’Sullivan insists he could not care less about the prospect of equalling Stephen Hendry’s record of seven Crucible crowns as he prepares to begin the defence of his world snooker title.

Ronnie O’Sullivan will open the defence of his Betfred World Snooker Championship title against debutant Mark Joyce at the Crucible.

How the world reacted to Harry and Meghan’s interview

Prince Harry and Megan Markle's Oprah Winfrey interview has sparked reaction from politicians, celebrities and the media across the globe

Dave Chisnall sent Michael Van Gerwen crashing out of the PDC World Championship with a shock 5-0 victory over the world number one in Friday’s quarter-finals. A superb display from Chisnall at Alexandra Palace saw him average 107.

O’Connor was comfortable against championship debutante Holland’s Niels Zonneveld, as he eased to a 3-0 victory

Russian president Vladimir Putin will not congratulate US president-elect Joe Biden until legal challenges to the election are resolved and the result is official, the Kremlin has announced.

Two notable holdouts have emerged as world leaders congratulate Joe Biden on his US election victory, with the presidents of Latin America’s two largest countries – Brazil and Mexico – so far remaining silent.

World leaders welcomed Joe Biden’s election as US president as a chance to enhance co-operation on climate change, the coronavirus pandemic and other issues after four years of Donald Trump’s rejection of international alliances.

Ronnie O'Sullivan: 'I’m not like the Rolling Stones. People aren't going to want to see me when I'm 70'

Ronnie O’Sullivan has revealed how he was sustained throughout his successful quest for a sixth world snooker title by re-runs of the sitcom classic ‘Only Fools and Horses’.

Ronnie O’Sullivan took just 609 seconds to complete an 18-8 victory over Kyren Wilson and seal a sixth world snooker title but insisted he is not driven by the prospect of going on to match Stephen Hendry’s record of seven.

Dejected-looking Ronnie O’Sullivan dredged out a three-frame advantage after a testing opening day of the World Championship final against Kyren Wilson at the Crucible.

Ronnie O’Sullivan has branded the decision to allow fans back into the Crucible for the World Championship final this weekend “irresponsible” and motivated by financial gain.

The frame score finished 103-83 in favour of Wilson, who appeared to struggle to contain his emotions upon fluking a decisive green, and subsequently broke down in a BBC interview

Mark Selby turned the tables on a frustrated Ronnie O’Sullivan as he fought back to take a 9-7 lead in their World Championship semi-final.

Kyren Wilson dragged himself right back into contention for a place in the final of the World Snooker Championship after mounting a concerted fightback against Anthony McGill.

Ronnie O’Sullivan missed his chance to turn up the heat on Mark Selby as the humidity threatened to wreak havoc in the first session of their World Championship semi-final.

Ronnie O’Sullivan: Just like a 'fat Maradona', only natural talent gets me through

Ronnie O’Sullivan compared himself to a ‘fat Maradona’ despite completing a dazzling comeback to beat Mark Williams 13-10 and book his place in the World Championship semi-finals.

Ronnie O’Sullivan erased a five-frame deficit to beat Mark Williams 13-10 and set up a semi-final meeting with Mark Selby.

Trump became the 18th victim of the so-called ‘Crucible Curse’

World number one Trump is just three frames from elimination

Mark Williams in control against Ronnie O’Sullivan at the Crucible

O’Sullivan, who controversially questioned snooker’s next generation, was second best and left with plenty to ponder

Ronnie O’Sullivan hit the headlines again on Sunday night after launching a savage attack on snooker’s next generation. The five-time world champion insisted the standard is so bad he would have to “lose an arm and a leg” to slip down the rankings.

Ronnie O’Sullivan insisted he prefers Crawley to the Crucible despite sweeping into the last eight of the World Championship with an imperious 13-10 victory over Ding Junhui.

Kyren Wilson withstood a strong comeback from Martin Gould to win 13-9 and book his place in the quarter-finals of the World Championship for the fifth time.

Clarke and McGill became involved in a heated confrontation

Ronnie O’Sullivan has hailed his second-round opponent Ding Junhui for resisting the temptation to turn into a ‘snooker slave’ as the Chinese star continues to chase an elusive first world crown at the Crucible.

John Higgins made only the 11th 147 break at a World Championship to keep alive his hopes of reaching the Crucible quarter-finals.

Fourth seed Mark Allen joined Shaun Murphy in crashing out of the World Snooker Championship on a day of major shocks at the Crucible.