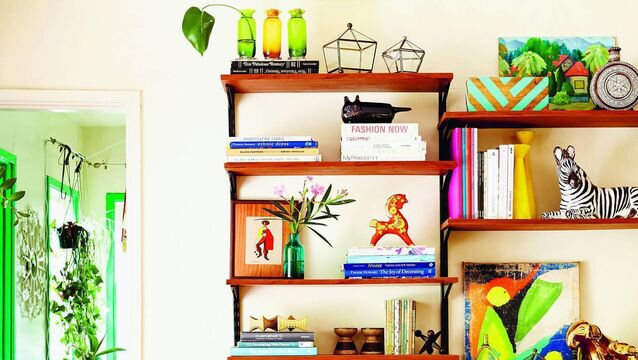 How to boost your bookcase credibility

Shelves and bookcases and how we organise them are trending large thanks to video conferencing in lockdown and our curiosity about what’s happening in the background, writes Carol O’Callaghan 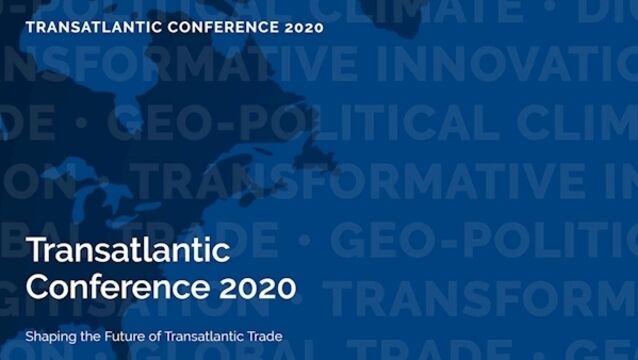 Shaping the future of Transatlantic trade

AmCham Transatlantic Conference 2020 on Thursday, March 5, in Croke Park, will bring together the leading voices of the Transatlantic business relationship 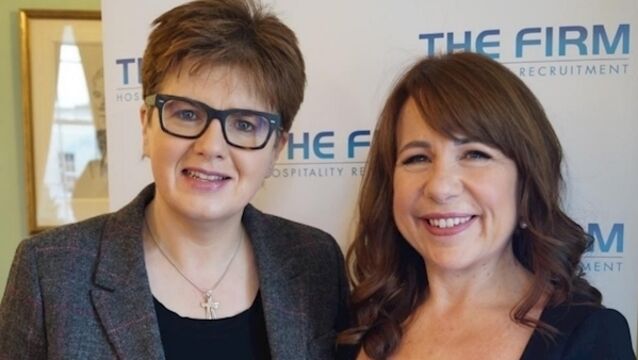 Diversity and inclusion are playing an increasingly important role in talent retention for companies based in Ireland, said Micheline Corr, director of hospitality recruitment specialist The Firm.

Nightmare of a White House Christmas

Latest: US Defence Secretary Jim Mattis has reacted to North Korea's latest nuclear test by saying threats to the United States and its allies "will be met with a massive military response".

Sanctuaries for illegal immigrants popping up around the US

With arrests of illegal immigrants in the US on the rise, more and more cities and college campuses are becoming sanctuaries, writes Bette Browne

Did Obama just reveal the gender of Beyonce's twins?

What does this mean?

Visiting the White House can boost your stock price

New research shows that visiting the White House during the Obama years yielded a payoff in the stock price of the visitor&rsquo;s company. Will the same be true of the Trump years?

A suspected government chemical attack in an opposition-held town in northern Syria has killed dozens of people.

wage inflation begins to take off, Janet Yellen will have to act by removing the punch bowl from&nbsp;the party. If this happens, sparks could fly in Washington DC, writes Kyran Fitzgerald

US President Donald Trump has taken to twitter to criticise celebrities who took part in yesterday's demonstrations against his policies.

The biggest labour union in America has called on President Barack Obama to directly intervene and stop plans by Norwegian Air International to fly from Cork to the US as his term in the White House comes to an end.

Rex Tillerson&rsquo;s disclosure that he stands to receive a $180m (&euro;170m) cash payout from Exxon Mobil Corp if he becomes the next US secretary of state offers a preview of thorny ethical questions that may be raised this week over a presidential cabinet stacked with tycoons.

The State Department has confirmed that the 35 Russian diplomats President Barack Obama ordered out of the country have departed the United States.

Russian Embassy responds to US sanctions with a meme

Russian Embassy responds to US sanctions with a meme

Can Trump undo Obama ban on new US oil drilling in Arctic?

100m acres have been protected from offshore exploration, but the petroleum industry is confident that the law can be circumnavigated, write Jennifer A Dlouhy and Josh Wingrove

Obama pardons 78, shortens sentence for 153 others

President Barack Obama has pardoned 78 people and shortened the sentence of 153 others convicted of federal crimes.

Barack Obama: The world should not be fooled by Syrian regime and its allies

The US president Barack Obama says the world is in horror at the Syrian regime's assault on the city of Aleppo.

The Trump coronation: Sleepwalking towards an Irish Trump

THAT old comfort, that go-to failsafe in times of distress: &ldquo;Sleep on it and it won&rsquo;t seem so bad in the morning&rdquo; has not worked.&nbsp;

The difference in how Trump&rsquo;s triumph was received by both sides could not have been more starkm, writes Caroline O&rsquo;Doherty in New York

President Barack Obama has warned Donald Trump is a threat to America and the world.

Must have come straight from work??

Yesterday&rsquo;s Trump rally in Florida was most likely, a rally like all other Trump rallys.

This new clown craze is no laughing matter

Is all this clowning around far more serious than we think? Suzanne Harrington investigates.

Donald Trump told Muslims to report what they see, so they did using #MuslimsReportStuff

During the second US presidential debate last night, an audience member asked Donald Trump about his past comments on Muslims and his response inspired a trending hashtag #MuslimsReportStuff.

The president of the Philippines has hit out at ally Barack Obama in his latest tirade against the US over its criticism of his deadly anti-drug campaign.

Hillary must be at top of her game in the run-in, or it’s President Trump

The clock is ticking&nbsp;all to&nbsp;quickly towards polling day and the first presidential debate with Trump is on Monday, writes&nbsp;Alison O&rsquo;Connor.

A six-year-old boy in America has written a powerful letter to President Obama offering his home to a Syrian refugee.

"We will give him a family and he will be our brother."

'Between Two Ferns' with Hillary Clinton is both hilarious and awkward

Before taking on Donald Trump in Monday's presidential debate, Hillary Clinton has been brushing up on her skills by taking on one of the her most difficult interviewers yet -&nbsp;Zach Galifianakis.

Donald Trump called yesterday for &ldquo;extreme vetting&rdquo; of immigrants seeking admission to the United States, vowing to block those who sympathize with extremist groups or don&rsquo;t embrace American values.

Rio's City of God a place where angels fear to tread

The home of Brazil&rsquo;s first medallist at the Olympics feels like a different world to the glitz and gold of the Games...&nbsp;

The US presidential election has us all turned into emotional wrecks and this little girl epitomises how we all feel knowing Barack Obama will no longer be leader of the United States of America.

Ted Cruz, who knew all the election rules of the GOP, failed to top Trump, while Hillary Clinton was almost toppled by a socialist. The rules are changing and so are the voters, writes Ross Barkan

Taoiseach’s week to forget amid career of gaffes

To his supporters, Taoiseach Enda Kenny is an underrated politician who deserves more credit for saving Ireland from financial ruin. For his&nbsp;detractors&nbsp;a series of public gaffes &mdash; the latest of which have occurred this week &mdash; mean his political limitations are rarely far from view.

Proof that all dads are capable of embarrassing their kids.

Even though your dad is President of the United States, that doesn&rsquo;t mean he can&rsquo;t embarrass you.

&nbsp;A private tour of the White House was the highlight of a trip to Washington DC for author Michael Murphy when he visited the US capital.