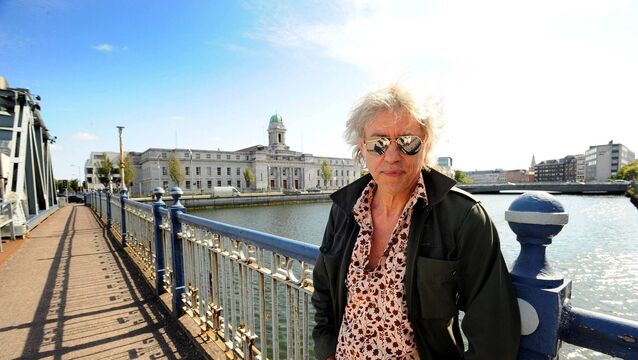 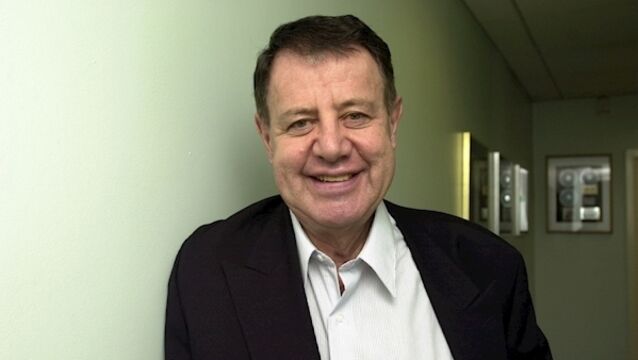 Letters to the Editor: Bowyer, Elvis, The Beatles, and that night in Ennis

"I once had the pleasure of meeting Brendan Bowyer. On February 14, 1999, he, Eileen Reid, and Brendan O’Brien played a memorable night of nostalgia at the West County Hotel, Ennis, Co Clare, backed by The Showband Show." 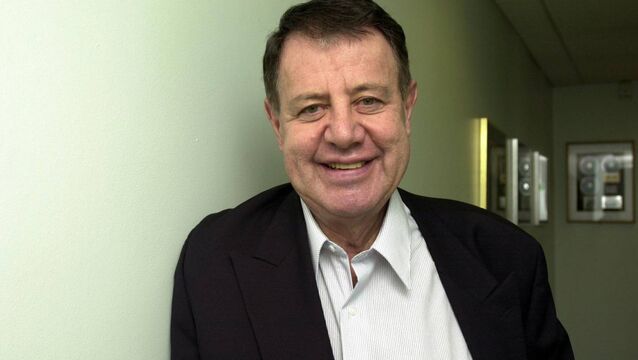 Louis Walsh leads tributes to 'one of the greats', showband legend Brendan Bowyer

Brendan Bowyer was “one of the greats”, according to Louis Walsh, in one of many tributes that poured in for the man once dubbed Ireland’s Elvis.

Wedding of the Week: Time for Australian celebrations for bride and groom photobombed by deer

When the Irish Examiner broke the news that an ultra-inquisitive deer photobombed newlyweds at Killarney’s Ladies View the story went viral.

Question of taste: Actor Stephen Dillane on his cultural reference points through the decades

Currently in Cork for a Beckett play, actor Stephen Dillane tells Des O’Driscoll about some of his cultural reference points through the decades.

Judy Hegarty Lovett is from Monkstown in Co Cork, and is co-artistic director of theatre company Gare St Lazare Ireland.

Brian said: "So, I am very proud to officially announce that I had my scan results….and I am completely clear, normal and no cancer present!”

The previously unheard music on the new album of Rory Gallagher’s music features a track he made with Muddy Waters, writes Ed Power.

DWTS: Nothing to smile about as Fred exits dancefloor

All the contestants had to dance on the double, with the St Patrick’s Day special featuring one dance apiece to contemporary Irish music.

Brian Kennedy is selling a sizeable amount of his private art collection.

'I hadn’t a clue what I was doing': Van Morrison talks money and music in rare interview

"I didn’t know anything about anything, I was just spinning off the top of my head.”

Problems for retail behind the facade

The extraordinary Brexit events in London this past week have already had an impact across the Irish Sea. Witness the sharp downturn in share values and a plunge in the value of sterling.

Meet Paul Charles - the agent to the stars

From Robert Plant to Van Morrison, former agent and author Paul Charles shares his celebrity memories of life on the road with Esther McCarthy.

&ldquo;Wouldn&rsquo;t it be great if it was like this all the time?&rdquo;

Stones between rock and a hard place

This column is in confessional mode today. After a trend, I wish to confess in public to having&nbsp;endured a traumatic experience in my past, writes Michael Clifford.

Aslan were the only artists to appear twice in the top 10 with 'Crazy World' and 'This Is'.

Music lovers are being invited to nominate their favourite songs or ballads for the first-ever EU songbook.

The Lost Brothers are halfway towards finding the right formula

Actor Kenneth Branagh has said he is humbled to receive the freedom of his native Belfast.

Brian Kennedy on the things he's learned on his cancer journey

Brian Kennedy has battled cancer and seen close friends go to the grave. He now appreciates life more than ever, writes Ellie O’Byrne.

Timely tribute to the living legends

Van Morrison getting back to his roots with new album

Ahead of the release of his 38th studio album, Van Morrison speaks to Catherine Wylie about fame, his relentless work rate and a self-described cult following.

A question of taste: River Matthews

River Matthews is a singer/ songwriter from Surrey, and tours Ireland next week with dates at Fred Zepplins in Cork (Wed); Roisin Dubh, Galway (Thurs); and Whelan&rsquo;s in Dublin (Fri).

Kenneth Branagh 'proud' to be awarded freedom of Belfast

Kenneth Branagh said he was humbled and proud after being awarded the freedom of his home city of Belfast.

A question of taste: Declan McCarthy

Declan McCarthy is the director of the Baltimore Fiddle Fair and is also involved in Skibbereen Arts Festival, which begins this weekend and runs until August 6.

Although he is slow to distance himself from his biggest hit, Mike Rosenberg tells

From Glasto to Spain, there are a flock of festivals that could tempt you overseas in the coming months, writes Ed Power

Des O&rsquo;Driscoll has the complete list of what you should watch on your couch this week.

Paddy Armstrong&rsquo;s account of his wrongful imprisonment as part of the Guildford Four is harrowing. As a politically disengaged teenager of the &rsquo;70s, he was always an unlikely IRA man, as Anne Lucey discovers.

Mike Smith on Music Cork, the industry and the chase to sign Sultans of Ping

As he attends the Music Cork event, industry veteran Mike Smith tells&nbsp;Ed Power&nbsp;about his encounters with the likes of Blur, Coldplay and the Sultans

As well as appearing on Dragon&rsquo;s Den on RT&Eacute; One, Chanelle McCoy&rsquo;s business interest runs Chanelle Medical, a pharmaceutical company with 350 employees. The 40-year-old grew up in Loughrea, Co Galway, and has two children with her husband, former jockey AP McCoy.

They may rail against the Donegal jokes, but Little Hours are&nbsp;proud to be spoken of as their home county&rsquo;s next big thing in the music world, writes&nbsp;Ed Power.

After years spent blazing trails with their own projects, the Casey sisters from West Cork finally got around to playing together, writes Marjorie Brennan.

Female impersonator, Alan Amsby, has recently published his autobiography, Mr Pussy: Before I Forget to Remember. Now he sits down with Irene Feighnan to discuss the shape he&rsquo;s in.

The Réaltnach: Hilary Bow will be doing David Bowie songs as Gaeilge

FROM the MIRA Observatory, which named a lightning-bolt-shaped constellation of stars in David Bowie&rsquo;s name, to a church in the Netherlands that delivered a bell-tower rendition of &lsquo;Space Oddity&rsquo;, the singer&rsquo;s death, on January 10, has furnished 2016 with a glut of retrospectives, outpourings on social media, and musical tributes.

U2 and Fleetwood Mas last year helped the Live Nation firm that operates the 3Arena in Dublin to double its pre-tax profits to &pound;5.16m (&euro;6.19m).

As a promoter, Paul Charles has a reputation as one of the nice guys of the Irish music