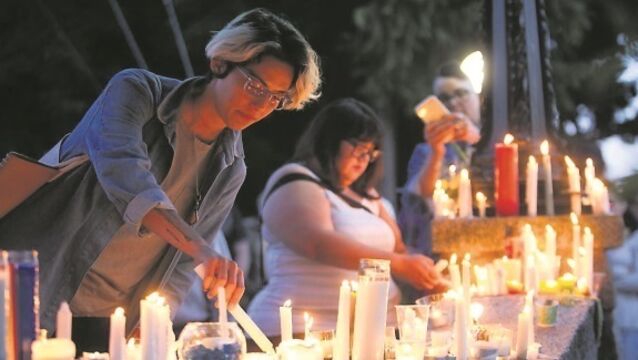 It&rsquo;s unlikely that Omar Mateen, who killed 50 people in a nightclub at the weekend, was directly linked to IS. Lack of gun control and mental illness may be factors, says Peter Apps 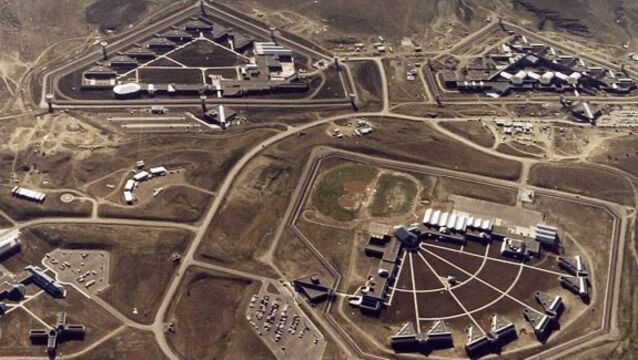 For years, conditions inside the United States&rsquo; only federal supermax facility were largely a mystery. But a landmark lawsuit is finally revealing the harsh world within, writes Mark Binelli 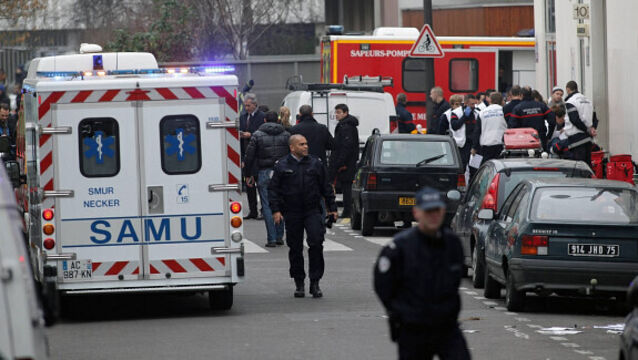 One of the gunmen responsible for last week&rsquo;s massacre at a French magazine claimed to have lived with the Nigerian who tried to carry out the failed al-Qaeda &ldquo;underwear bomb&rdquo; plot five years ago, a Yemeni reporter has said.

Al Qaida kills 20 soldiers in attack on Yemen base

Al Qaida leader killed by US drone in Yemen

Underwear bomber gets a life sentence

A Nigerian who tried to blow up an international flight near Detroit on behalf of al-Qaida has been sentenced to life in prison without parole.

Underwear bomber to get life term

A Detroit federal judge is refusing to set aside a federal law which demands a mandatory life sentence for a Nigerian who pleaded guilty to trying to blow up an international flight bound for Detroit on Christmas 2009.

A NIGERIAN man pleaded guilty yesterday to trying to bring down a jetliner with a bomb in his underwear, defiantly telling a federal judge that he acted in retaliation for the killing of Muslims worldwide and referring to the failed explosive as a “blessed weapon”.

A Nigerian man accused of trying to blow up an American plane on Christmas Day 2009 has told a judge he wants to plead guilty.

ANWAR al-Awlaki, a US-born Islamic militant cleric who became a prominent figure in al-Qaida’s most active branch, using his fluent English and internet savvy to draw recruits to carry out attacks in the United States, was killed yesterday in the mountains of Yemen, US and Yemeni officials said.

Anwar al-Awlaki, a US-born Islamic militant cleric who became a prominent figure in al-Qaida’s most active branch, has been killed in the mountains of Yemen.

A British Embassy vehicle was attacked in Yemen today, the Foreign Office said.

Christmas Day airline bomb suspect Umar Farouk Abdulmutallab has been shown on a video training with al-Qaida in Yemen.

Britain's Foreign Office said today that it was “urgently” looking into reports of an explosion near a convoy carrying the British ambassador to Yemen.

The US government is changing its terror-screening policy to focus on specific terror threats and not travellers' nationalities.

Three more men have been arrested in Britain for alleged terrorist fund raising in a series of dawn raids, police said.

The Nigerian accused of the Christmas Day airline bomb attack has been co-operating with investigators and providing fresh intelligence in multiple terrorism investigations, senior US sources said.

AL-QAIDA leader Osama bin Laden claimed responsibility for the Christmas Day airline bombing attempt in Detroit, in a audio message released yesterday, and vowed further attacks on the US.

For hours after allegedly trying to use a bomb hidden in his underwear to blow up a Christmas Day flight to Detroit, Umar Farouk Abdulmutallab talked and talked – to US Customs officers, medical personnel, and FBI agents.

Al Jazeera TV have said they have a new voice recording of Osama bin Laden in which he claims responsibility for the Christmas Day attempt to blow up an American jet.

The threat to the UK from international terrorism has been raised from substantial to severe – meaning an attack is “highly likely”.

The threat to the UK from international terrorism was tonight raised from substantial to severe – meaning an attack is “highly likely”.

America's intelligence chief made a blunder of his own after he admitted top-level errors over the handling of the Christmas Day plane bomb attempt.

A Dutch plane grounded in Shannon Airport when a passenger allegedly claimed there was a bomb on board returned home today after it was given the all-clear by gardaí.

British police who searched a plane at the centre of an alleged bomb threat found nothing and have released it back to the airline, they said today.

A NOT GUILTY plea has been entered on behalf of a Nigerian man charged with attempting to blow up a Detroit-bound US airliner on Christmas Day.

Christmas terror accused in US court

A young Nigerian man, wearing a white T-shirt and trainers, made his first public court appearance in Detroit tonight to face charges of trying to ignite a chemical-laden explosive on a US airliner on Christmas Day.

Plane bomb suspect due in court

The man charged with attempting to blow up a plane on Christmas Day is due to appear in court in the US.

A Nigerian charged with trying to blow up a packed US airliner on Christmas Day will appear in court in Detroit, Michigan, today.

Barack Obama said security lapses that led to a near-disaster in the Christmas Day attack on a US-bound airliner were not the fault of an individual or agency.

US worried about airline bomber after he boarded flight

US security decided the Detroit airline bomber was suspect after he was already in the air, it emerged today.

The man accused of attempting to blow up a US-bound airliner on Christmas Day was recruited by al-Qaida in London, a senior minister in Yemen’s government claimed today.

Barack Obama will disclose more today about the botched airline terrorist attack - and what else he will do to beef up security.

An American grand jury today indicted a Nigerian man accused of trying to blow up a Detroit-bound Northwest Airlines flight on Christmas Day.

A grim-faced Barack Obama blamed a deep failure of national intelligence for the botched Christmas Day plane terror attack over Detroit, saying the government had enough information but could not “connect those dots”.

Barack Obama is preparing to question and challenge his team today about the state of national security as America added dozens of people to its lists of suspected terrorists and those barred from US-bound flights.

Mixed response to US call for tighter air checks

Airline passengers bound for the US faced a jumbled mix of new security measures across Europe today, but not all airports appeared to be following a request for extra screening of those from 14 named countries.

Passengers flying into the United States from Nigeria, Yemen and other “countries of interest” will be subject to enhanced screening techniques, such as body scans and pat-downs, the US Transportation Security Administration said.

THE US and Britain closed their embassies in Yemen yesterday in the face of al-Qaida threats, after both countries announced an increase in aid to the government to fight the terror group linked to the failed attempt to bomb a US airliner on Christmas.

US intelligence ’Did not miss smoking gun’

US intelligence agencies did not miss a “smoking gun” that could have prevented an alleged attempt to blow up a US airliner on Christmas Day, President Barack Obama’s top counterterrorism adviser said today.

The British embassy in Yemen was closed today for security reasons, the British Foreign Office said.

BRITAIN said yesterday it was reviewing airport security and passenger screening procedures after a Nigerian who had studied in Britain was charged over last week’s failed plot to bomb a US passenger jet.

Obama to get report on how Nigerian bomber boarded plane

US PRESIDENT Barack Obama was due to receive a preliminary report last night on how a 23-year-old Nigerian with suspected terrorist ties managed to board a plane he is accused of attempting to bomb on Christmas Day, along with recommendations on how to prevent a sequel.

A Somali man who apparently tried to board an airliner with similar equipment to the Christmas Day bomber was cleared by a court, the country admitted today.

US President Barack Obama will today receive a preliminary report on how a 23-year-old Nigerian with suspected terrorist ties managed to board a plane he is accused of attempting to bomb on Christmas Day, along with recommendations on how to prevent a sequel.