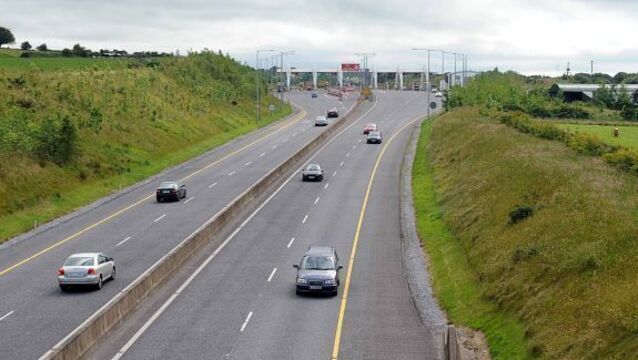 The M20 motorway between Cork and Limerick will enhance the entire region economically and socially while bringing new life to towns like Charleville, Co Cork. 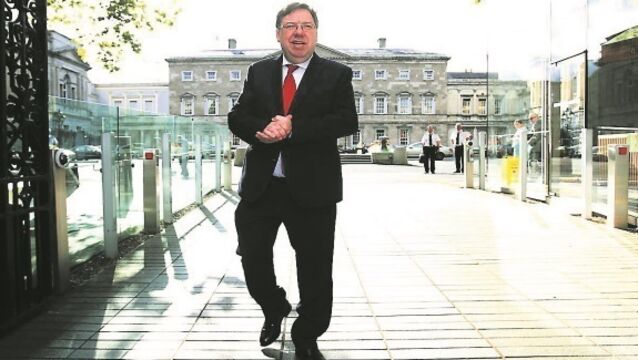 Several ministers in the Brian Cowen government including Cork&rsquo;s Billy Kelleher and Batt O&rsquo;Keeffe were physically attacked by angry members of the public as the economic crash engulfed the country, a new book reveals.

Cobh in tribute to ‘sincere gentleman’

The heartbroken mother of a young man who was among 12 people to drown in a 10-day period during last summer&rsquo;s heatwave has pleaded with young people to stay away from rivers.

The Voice UK flop Bob Blakeley has a second chance at fame after songwriter Mike Batt offered to help him get a record deal live on TV.

WHILE it’s long been known that physical activity massively reduces the risk of developing certain diseases, a major new study suggests exercise may also be as effective as drugs at treating conditions like heart disease and stroke.

Just one month after the idea of interactive headstones hit the headlines, a Cork company is set to offer the service.

The BBC is in trouble with parents after horrified children saw a musician in a womble suit remove his head during a live broadcast.

IF Fleet Street was still filled with the sound of clacking typewriter keys and the industrial whirr of print-rooms, they would have fell silent this week for a moment.

THE family of a respected businessman who died suddenly during his recovery from depression has urged Irish doctors to conduct more research into anti-depressants.

Prendergast hits his stride with treble

UNBELIEVABLE is just about the only word to describe Limerick last evening.

Elephant in the room

THE question of who should pay for third level education has been an elephant in the room of politics for most of a decade — but never so much as it is in our current economic doldrums.

Minister for Enterprise, Trade & Innovation Batt O’Keeffe has quashed rumours that he will not be standing in the forthcoming General Election.

SUMMER sailing is over, but it’s a busy time for south coast sailors with Cove SC hosting the SCORA Championships and the RCYC hosting the ISA All Ireland championships this weekend while the weekend after that, the O’Flynn Exhams Autumn Regatta begin at Crosshaven.

O'Keeffe: We should be confident in FÁS

The Minister for Enterprise Batt O'Keeffe insists we should have confidence in State training agency, FÁS.

A HOTEL manager awarded &euro;100,000 after being unfairly dismissed due to her pregnancy, has advised others suffering similar treatment not to let themselves be bullied.

A FORMER hotel manager has been awarded &euro;100,000 after the Equality Tribunal ruled that she has been discriminated and victimised by her employer after becoming pregnant.

Minister for Enterprise, Trade and Innovation Batt O'Keeffe confirmed today that a property tax will not be contained in Brian Lenihan's next Budget speech.

Robinson living the dream as Lions go up

PAUL ROBINSON admitted he had fulfilled a childhood dream by scoring the winning goal at Wembley and leading his side up the stadium’s famous steps as Millwall celebrated promotion to the Coca-Cola Championship.

A Dublin man who was found weeping over his murdered brother’s body has received a four-year suspended sentence for aggravated burglary at a neighbouring home shortly after the killing.

Cowen huffed and he puffed and... he blew it

MY hairdresser lifted up the back of my hair and made a low moaning sound.

I HOPE the Fine Gaelers who dedicated themselves so heartily to taunting Education Minister Batt O’Keeffe about his decision to close the schools are happy.

Tech drive brings O’Keeffe back to his salesman days

HE once had to knock on doors to get people interested in encyclopedias, but now Batt O’Keeffe is putting them into the country’s 4,000 schools.

O'Keeffe: Junior Cert will not be scrapped

The Minister for Education Batt O'Keeffe has dismissed speculation that the Junior Cert is to be scrapped.

Reid on the mark for Rovers

REPUBLIC of Ireland midfielder Steven Reid was on the scoresheet for Blackburn Rovers as 10-man Peterborough were outclassed at Ewood Park last night.

Harney on a limb: Freedom’s just another word for nothing left to lose

NOW that women’s boxing is to feature in the Olympics, if the girls with the padded gloves are short of equipment, they should ring Batt O’Keeffe. He has the punchbag thing down pat.

HE kissed the blushing bride, but came a cropper with a 10-month-old Munster rugby supporter who wasn’t going to be puckered up to by anybody from Leinster.

Batt works his magic as school gets go-ahead

HE didn’t quite pull a new building out of his hat but Batt O’Keeffe did bring good news to the children of a school campaigning for a decade for a move from their prefab jungle.

EDUCATION Minister Batt O’Keeffe has pledged to push ahead with controversial cuts in the education sector — including a reduction in substitute teacher payments — pointing to figures which reveal how teachers called in sick nearly 60,000 times last year without sick notes.

IT WAS a case of “Crouching Taoiseach, Hidden Dangers” as Brian Cowen completed his troubled tour of the Orient last night.

A SENIOR minister last night attempted to shore up the crumbling authority of the Taoiseach and Health Minister, insisting the medical cards fiasco was a collective cabinet mistake.

Batt-man to the rescue after Brian gets Shanghaied

A QUARTER of humanity held its collective breath and hoped the Taoiseach would change his mind.

O’Keeffe intends to build on ‘value for money’ mantra

LIKE any good minister, Batt O’Keeffe is anxious to ensure he gets value for money for the €9 billion that he controls.

EDUCATION Minister Batt O’Keeffe cannot guarantee that work will start on any more school buildings this year despite promises from his predecessor that projects would be given the go-ahead after Easter.

Educating Batt on his new portfolio

The new Minister for Education says his zeal and reforming abilities were key to his promotion, writesEducation Correspondent Niall Murray

Ministers of substance marked by ability to break through bureaucracy

WE now have a three-tier ministerial system. At the bottom are the soon-to -be-announced ministers of state. At the top are finance, health, education, justice and transport. In the middle are the others, widely interpreted, since Brian Cowen announced his cabinet, as of minor importance, offering damn-all potential advancement to their holders, and awarded either as punishments or consolation prizes.

Pipe bomb bid to lure man out into open

GARDAÍ believe feuding gang members targeted a Dublin home with a pipe bomb to entice a family member out “into the open”.

All equal...but some more so

IN the space of 24 hours this week, two events highlighted the disturbing fault-line in attitudes to violence and gun crime in Irish society.

THERE was unbridled joy in a Cork stable yesterday as a Cheltenham champion was welcomed home.