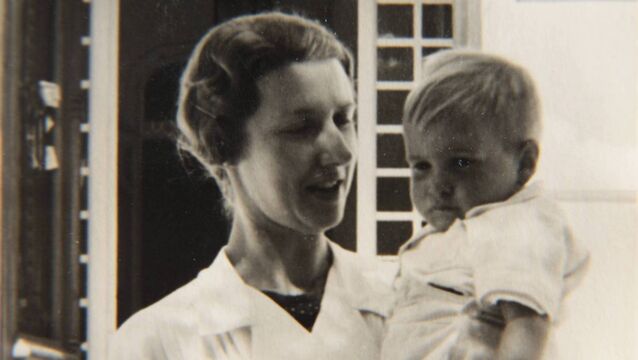 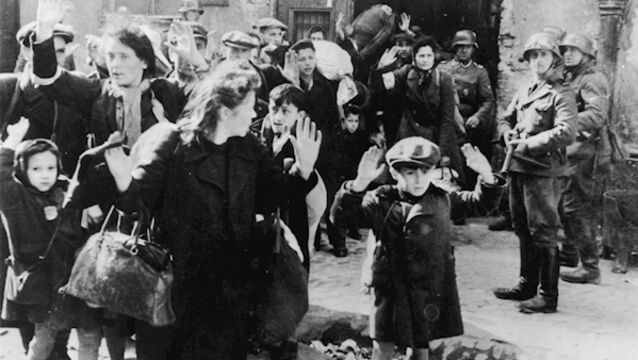 Review: Gripping account of the hero who volunteered to go to Auschwitz

A Polish prisoner carefully checks there are no guards around before he enters one of the SS cloakrooms in Auschwitz. He takes out a hidden vial and quickly sprinkles its contents on the collars of those hated uniforms, before slipping out again. Within two weeks some of the Germans had come down with the typhoid that was wiping out so many of the prisoners. 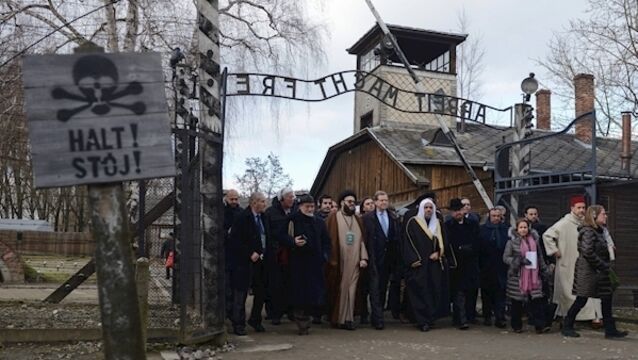 Ana Palacio: The resurgence of anti-Semitism is rampant and chilling

Seventy-five years after the liberation of Auschwitz, anti-Semitism is on the rise across the Western world. This trend, and the weak response to it, is a harbinger of democratic decay, writes Ana Palacio

Sophie’s son: 'We’d a shared understanding of suffering' and ‘court has duty to her grandchildren’

One in five say antisemitism is a problem in Ireland

Just before Christmas, an EU report found that antisemitism is growing, or at least becoming more publicly active.

Time has come for the Church to repent for its sins

Reconciliation is a risky undertaking, but the Irish can be a forgiving people. Pope Francis, we’d like to move on. Help us in that process, writes Joyce Fegan

Readers Blog: Recognition of Jerusalem as the capital of Israel

Irish4Israel welcomes the decision of the American government to recognise Jerusalem as the capital of Israel. For more than 2,000 years the Jewish people have yearned to return to Jerusalem, that desire became a reality in 1967.

An independent candidate in June's British general election has denied stirring up racial hatred by praising Adolf Hitler and calling for Jews in present-day Germany to be gassed.

Symbolic step of Ireland recognising Palestine would mean so much

It is time for Ireland to stop procrastinating, show some real vision, and summon up the courage to formally recognise the state of Palestine, writes TP O&rsquo;Mahony.

‘I must answer for what I’ve done’, says columnist Kevin Myers

Kevin Myers has apologised for the anti-semitic remark that saw him sacked as a columnist from the Irish edition of the Sunday Times.

Palestinian flag flying atop our municipal buildings is about attaining the summit, in a hierarchy of victims, says Gerard Howlin.

Director Stephen Frears has a new-found love for West Cork

As he gets ready for the Fastnet Film Festival, director Stephen Frears tells Esther McCarthy about his work on such movies such as Philomena and The Snapper, as well as his new-found love for West Cork

Assimilation was seen as a good thing, even if it meant the eradication of a separate culture, writes Terry Prone.

Anti-EU rhetoric is a threat to democracies

In the face of threats from Putin, the election of Donald Trump, and Brexit, the liberal and free values of the open society need defending, argues commentator George Soros

LAST March, in Brussels, it was airline passengers, commuters, and the very institutions of the European Union, writes Cormac O&rsquo;Keeffe

Islamic State sees the whole of Europe, including Ireland, as the &ldquo;home of the Jews and the Crusaders&rdquo; and one &ldquo;vast battleground&rdquo; for its terrorists, a leading expert has warned.

Ingrid Carlberg&rsquo;s meticulously crafted biography of Raoul Wallenberg recounts the story of a man who had a hand in the survival of most of the Jews in Budapest who lived through World War Two, writes Neil Robinson.

Staff at the Auschwitz museum have uncovered jewellery secretly hidden in an enamel mug since the liberation of the wartime Nazi death camp in 1945.

Silence in the face of history’s worst evil

Following a ground-breaking case in Germany last week, in which a former Auschwitz guard apologised for his crimes, Andrew Nagorski looks at the refusal of many former Nazis to say sorry.

The Labour Party in England has suspended a councillor over social media posts, including a suggestion that Israel should be relocated to the United States.

Auschwitz SS sergeant says he is ashamed of his actions

A 94-year-old former SS sergeant has told a German court he is &ldquo;ashamed&rdquo; that he served as a guard in the Nazis&rsquo; Auschwitz death camp.

Samuel Willenberg, the last survivor of Treblinka, the Nazi death camp in occupied Poland, where 875,000 people were murdered, has died in Israel at the age of 93.

Stripping terrorists of citizenship is not similar to Nazi Germany

The six million Jews who perished in the Holocaust have been remembered at a ceremony in Dublin this evening.

A Palestinian attacker fatally stabbed two people in a Tel Aviv office building, police said, raising to 16 the number of Israelis who have died, along with 79 Palestinians, in a wave of violence over the past seven weeks.

MADELAINE Nerson MacNamara nursed a dream of becoming a poet when she was in her teens.

Betty Purcell&rsquo;s heartfelt advocacy on behalf of the Arab population in the West Bank is clearly genuine, she describes how &ldquo;as a teenager, I planned to go and work on a kibbutz, believing that Israel was building an equal and fair society.

Betty Purcell (Irish Examiner, November 2) makes some grossly inaccurate accusations against Israel and calls for a boycott against the Jewish State.

When it comes to basic rights, Israel has nothing to boast about

If Israel is an ethnocracy, I wonder how your correspondent (Letters, November 2) would define other states in the region? Saudi Arabia doesn&rsquo;t allow Jews to come and work in the kingdom, let alone live there.

When you need to cure food, it’s no wonder it can make you sick

The recent media coverage highlighting the claims that processed meats such as bacon and ham are harmful for the body and can cause cancer is not entirely new, considering that God in the Bible warned in the book of Leviticus not to eat these foods.

Jack O&rsquo;Neill takes me to task for offering &ldquo;only one fact&rdquo; to support the argument that Israel is not an apartheid state, however, it is clear he is blurring the distinction between discrimination against a minority as practised in Ireland against the Travelling community, and the segregationist policies of apartheid era South Africa (Letters, 26 October).

Palestinians want Palestine in its entirety

Following on from Dr Ronit Lentin, it&rsquo;s appalling and tragic whenever children are killed. (Letters, 24 Oct 24).

Ethnic cleansing was perpetrated by Arabs

Zoe Lawlor (Letters, October 22) laments the lack of &ldquo;context&rdquo; in media coverage of the wave of stabbings and shootings of Israeli Jews by Palestinian Arab assailants.

Israel has murdered 2,000 children in the last 15 years. That is cowardly

Dr Kevin McCarthy, referring to the killing of Jewish settlers, Eiran and Naama Henkin, in the occupied West Bank on October 1, rightly states that there is nothing heroic about murdering parents in front of their children.

Israel has set up roadblocks in Palestinian neighbourhoods in East Jerusalem, and deployed soldiers in cities across the country, to combat the worst surge of violence in months.

Daniel Teegan&rsquo;s reaction to the increasingly tense situation between Jews and Arabs in Israel and the West Bank is sadly typical but not surprising as he instinctively blames the rising violence on &ldquo;the &lsquo;dumb&rsquo; political mind behind the racial and cultural status of Israel&rsquo;s control&rdquo; (Letters, October 8).

Palestinians need to give up the romantic ghost that is statehood

According to Jack O&rsquo;Neill (Irish Examiner, Letters, October 6) it is Israel&rsquo;s fault that Jordan, Lebanon, Syria and Egypt refuse to provide full citizenship to the Palestinians who live in those countries.

Economic migrants should be welcomed as warmly as refugees

Muslims, unlike the Jews in the ‘30s, are resistant to integration

Re Kevin Mc Carthy&rsquo;s letter ( September 5), as it happens the borough where I live in London (Tower Hamlets) is one of the poorest and richest in the country as it contains Canary Wharf and a swathe of deprived social housing estates.