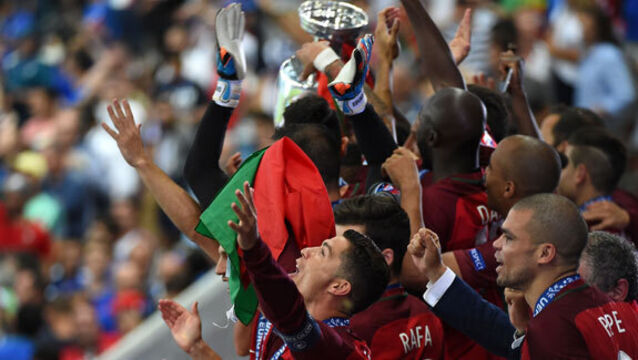 Cristiano Ronaldo: Our players deserved this 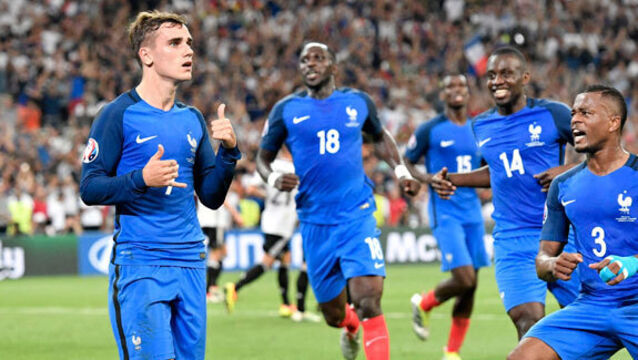 For France, this was about more than trying to win a football match. This glorious sporting occasion in Marseilles represented a chance to restore the pride and faith of a nation. 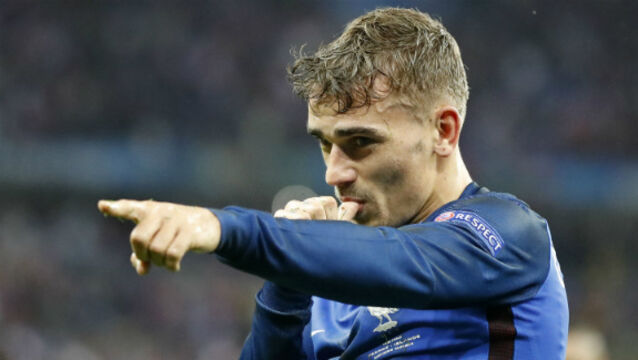 Ben Arfa and Sakho miss out on France squad for Euros

None of Ireland&rsquo;s group opponents at Euro 2016 won their respective friendlies last night. It was a particularly chastening night for Italy as the Azzurri lost 4-1 against world champions Germany in Munich.

The story goes about Marcelo Bielsa, manager of Marseille, that back in Argentina, he had a football pitch built next to his home in the country.

Arsenal’s Premier League surge is in marked contrast to their rivals in Champions League Group D.

Manager Arsene Wenger believes Arsenal have been handed the toughest group of this year’s Champions League and will struggle to progress unless their injury situation improves.

IT TOOK a young head in an old team to book Manchester United’s passage into the Champions League quarter-finals, but a tense victory came at a price which could yet cost Alex Ferguson his treble dream.

Ferguson hands out presents but future is far from rosy

IT said everything about his team’s performance that the most positive news for Alex Ferguson over the weekend came from across the English Channel.

Big guns out for Blues

Chelsea coach Carlo Ancelotti has named a strong side to face Marseille for the final Group F game in the Champions League.

Anelka: My head was gone during Domenech row

Nicolas Anelka admits his “head was gone” during the infamous row with Raymond Domenech which led to him being sent home from the World Cup, but denied swearing at his former national team boss.

FRANCE exited the World Cup at the first-round stage with barely a whimper after this humbling defeat by the host nation at the Free State Stadium.

Ten-man France trail by two at the break

France striker Nicolas Anelka has been sent home from the World Cup after after refusing to apologise for his half-time rant at coach Raymond Domenech.

France striker Nicolas Anelka launched an astonishing verbal attack on coach Raymond Domenech at half-time of Thursday’s 2-0 defeat to Mexico, according to reports.

William Gallas has retained his place in a reduced France squad as Raymond Domenech’s side begin their World Cup preparations in earnest in Tignes tomorrow.

France coach Raymond Domenech played down reports that he and skipper Thierry Henry had a blazing row ahead of tonight’s World Cup play-off victory over the Republic of Ireland.

French head to Paris with precious away goal

Scoreless at the break in Croker

HALF TIME: Republic of Ireland 0 France 0

Liam Lawrence was handed the task of shoring up the Republic of Ireland’s right flank in their World Cup play-off with France.

THE wind and rain was of King Lear proportions outside the French team’s Dublin hotel last night but the storm clouds have never been far from Raymond Domenech during his five years in charge of Les Bleus.

Dunne ready to give his all

Richard Dunne admits he may have to crawl off the pitch against France tomorrow evening if he is to keep his World Cup dream alive.

Fans hoping French will put plenty over the bar at Croker

IRISH fans had been hoping that French striker Andre-Pierre Gignac would be employing his Gaelic football skills by putting plenty over the bar at Croke Park tomorrow.

Defender Eric Abidal has urged France not to fall for the Republic of Ireland’s “provocation” on Saturday.

Raymond Domenech today left captain Patrick Vieira out of his France squad to face the Republic of Ireland in their World Cup qualifying play-off this month.

Decision time for Domenech as Vieira holds his breath

RAYMOND DOMENECH names his France squad for next week’s World Cup qualifying play-off against Ireland this afternoon with doubts over his two most senior players.

PORTUGAL booked themselves a place in the European play-offs for next year’s World Cup after an easy 4-0 Group One victory over Malta.

Kerr's Faroes go down to France