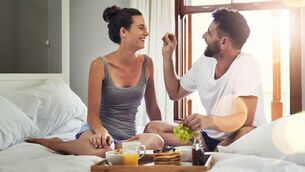 S Sex File: Can food get you in the mood?