Ask Audrey: All my friends have Covid now and I’m feeling a bit left out

Ask Audrey: If you don’t cook spiced beef for 18 hours you might as well be from Limerick

Richard Hogan: When you get everything, does that diminish the significance of Christmas?
#Podcasts#Podcasts - Ask Audrey#Podcast - Ask Audrey
 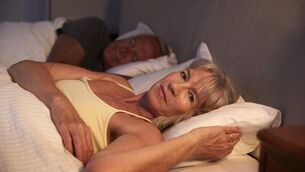