Richard Collins: How herds of elephants cope with newborns and their mothers

Richard Collins: We can use 'consumer activism' to encourage change

Damien Enright: Basking sharks are back to delight tourists and locals alike 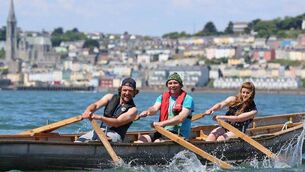