Thomas McCarthy, diaries of a librarian poet: 'What a scurrilous pup I was' 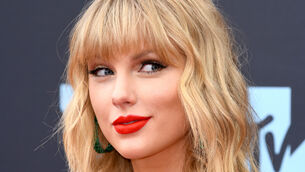